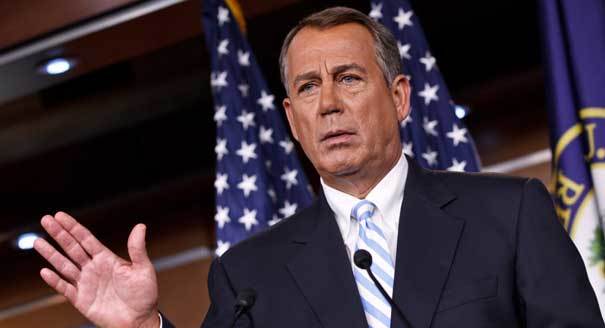 On Thursday former Republican House Speaker John Boehner said repeal and replace of Obamacare was “happy talk.”  He explained that it’s too difficult to get lawmakers to agree on anything:

“In the 25 years that I served in the United States Congress, Republicans never, ever, one time agreed on what a health care proposal should look like. Not once,” Boehner said. “And all this happy talk that went on in November and December and January about repeal, repeal, repeal—yeah, we’ll do replace, replace—I started laughing, because if you pass repeal without replace, first, anything that happens is your fault. You broke it.”

Boehner went on to explain that Republicans will ultimately keep the popular parts of the Affordable Care Act.

“Most of the Affordable Care Act, in the framework, is going to stay there: coverage for kids up to age 26, covering those with preexisting conditions. All of that’s going to be there. Subsidies for those who can’t afford it, who aren’t on Medicaid, who I call the working poor, subsidies for them will be there,” Boehner said.

This is more bad news for anyone hoping for a more libertarian leaning Republican Party. When lawmakers fear difficult re-election populism and feeling based pandering is king.