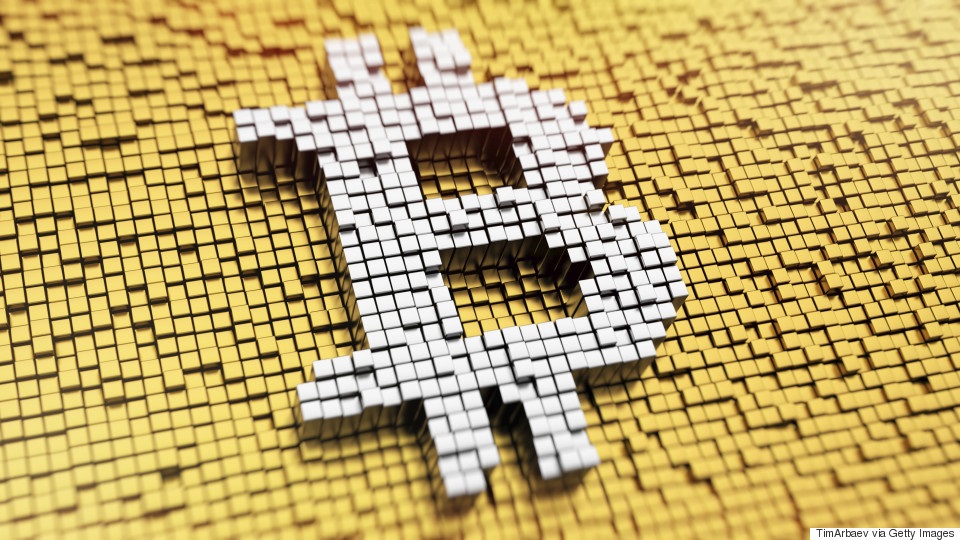 After several months of price stability in the $200-$300 range, the exchange rate for Bitcoin into USD has skyrocketed over the past few days, making for a nearly 100% price gain over the last month. This after the news of a record $1 billion being invested in Bitcoin firms, as large financial players and Silicon Valley giants seek to utilize Bitcoin’s underlying technology, the blockchain. CNN reports:

Here is a chart of the BTC/USD last month via CoinDesk: 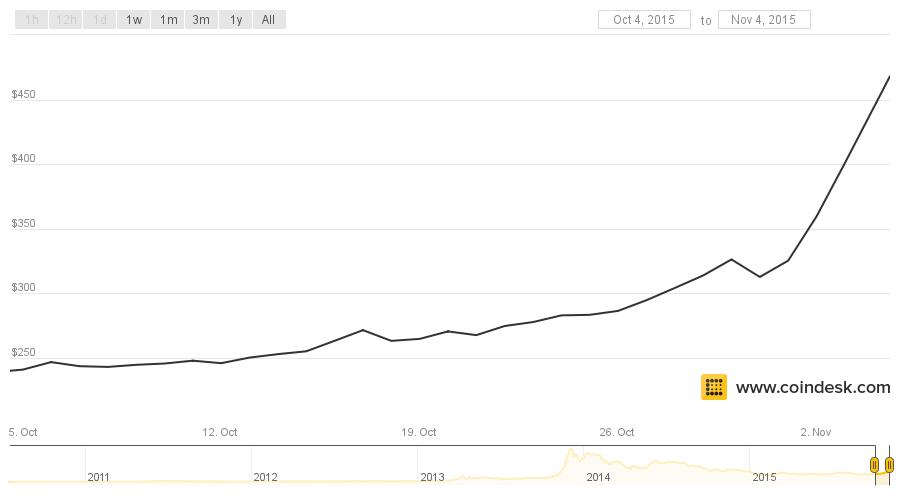 And as Bloomberg Business reports:

Market participants cite a couple of reasons for the rally.

Barry Silbert, Founder & CEO of Digital Currency Group, says there is a lot of demand coming from China. In fact, due to Chinese demand, the price there has been at a 5 to 8 percent premium for the past two weeks, Silbert said. There’s also been growing talk about Bitcoin (and its underlying technology) being useful in professional financial services, which he believes will have a very positive impact.

The current price of Bitcoin:

Bitcoin is Not Just Another Fad; It’s the Future Of Money