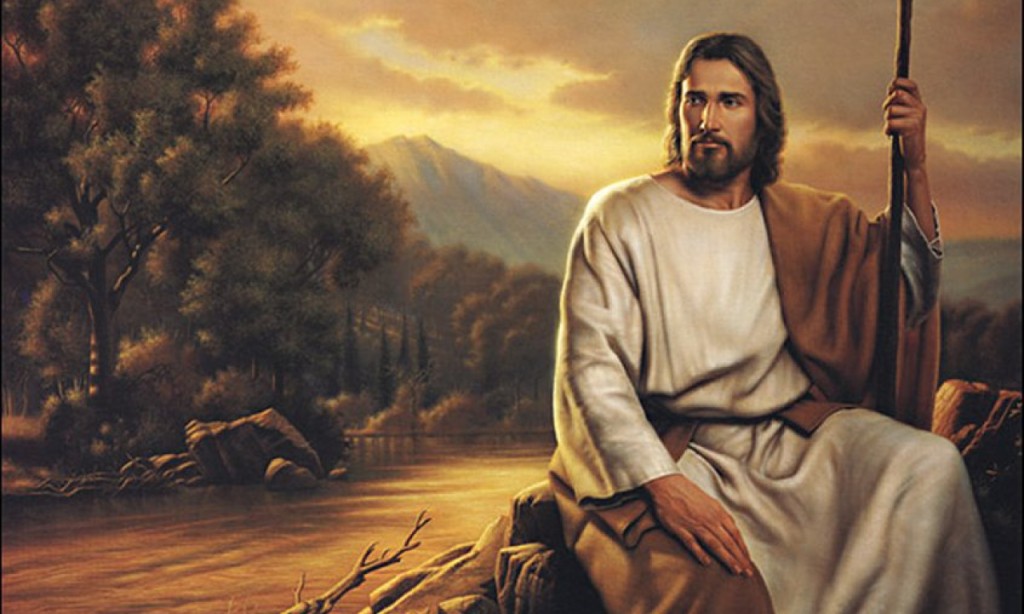 Those who use the force of government to seize property which is not theirs all too often point to the tenants of Christianity as justification for their aims. Liberal Christians often espouse rhetoric claiming God and/or Jesus are socialists. The implication is that economic freedom is immoral. Even the pope has made headlines espousing socialism. But the Bible is clear, God wants us to be free.

The following are verses taken from the Bible and prove God’s not a socialist.

For even when we were with you, we used to give you this order: if anyone is not willing to work, then he is not to eat, either. – Thessalonians 3:10

I said to them, “If it is good in your sight, give me my wages; but if not, never mind!” So they weighed out thirty shekels of silver as my wages. -Zechariah 11:12

This does not appear to be a violent or forced trade between individuals. The words “willing to work” and “if it is good…give me my wages” contradict the idea of heavy-handed government oversight and tax regulations. The reward is in the profit, whether it is to eat or to be paid. This has all the appearances of Laissez-faire capitalism. 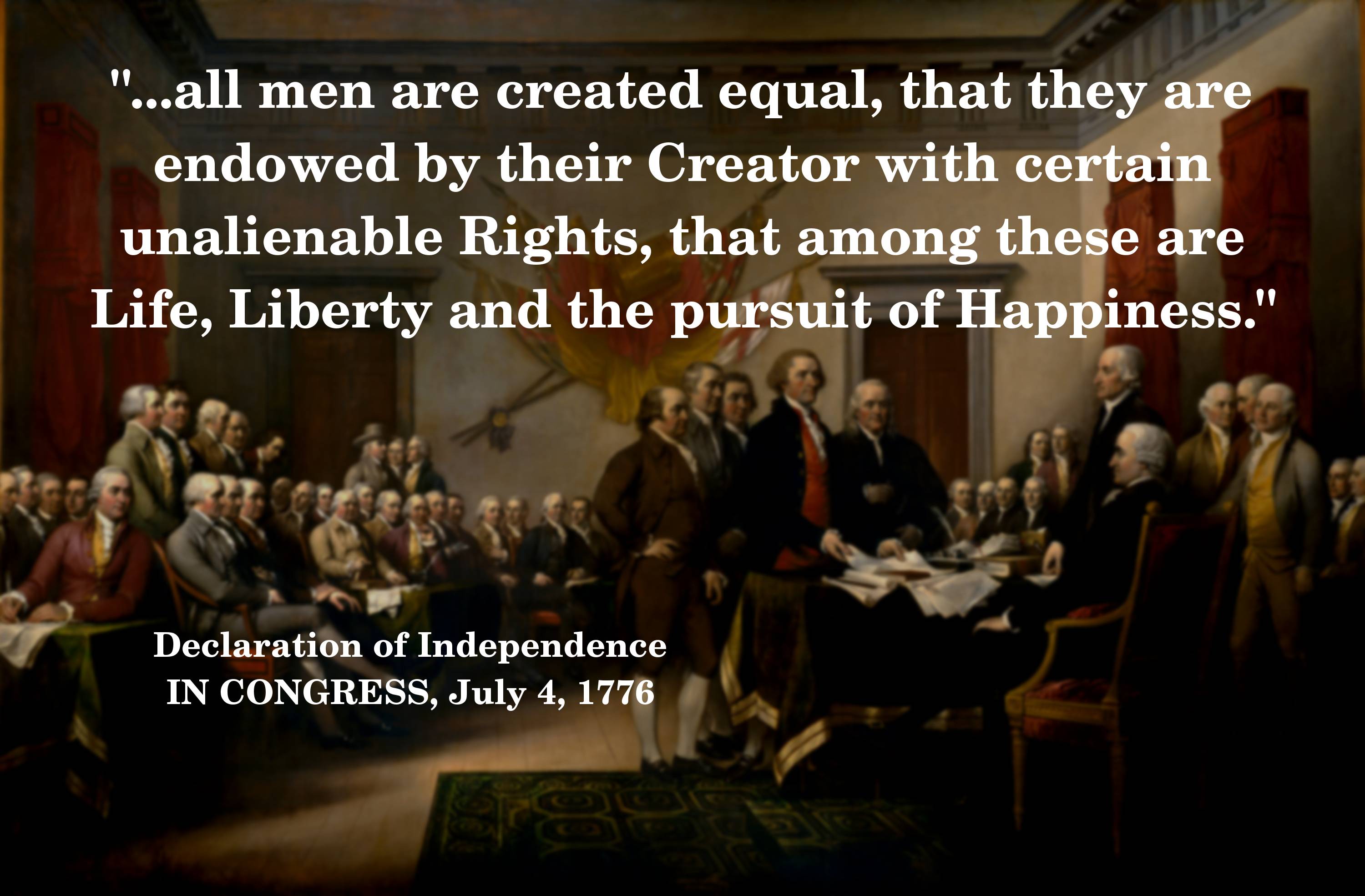 For God gave us a spirit not of fear but of power and love and self-control. – Timothy 1:7

Here, the implication of self-empowerment via natural rights is clear– that natural rights are not contingent upon the man-made laws, customs, or beliefs of any particular culture or government, but rather bestowed upon you by your creator, and therefore universal and inalienable. Not only that, but an individual has a responsibility to himself, thus must exercise self-control. Rights are not “gifts” from government is duly noted in the Bible. 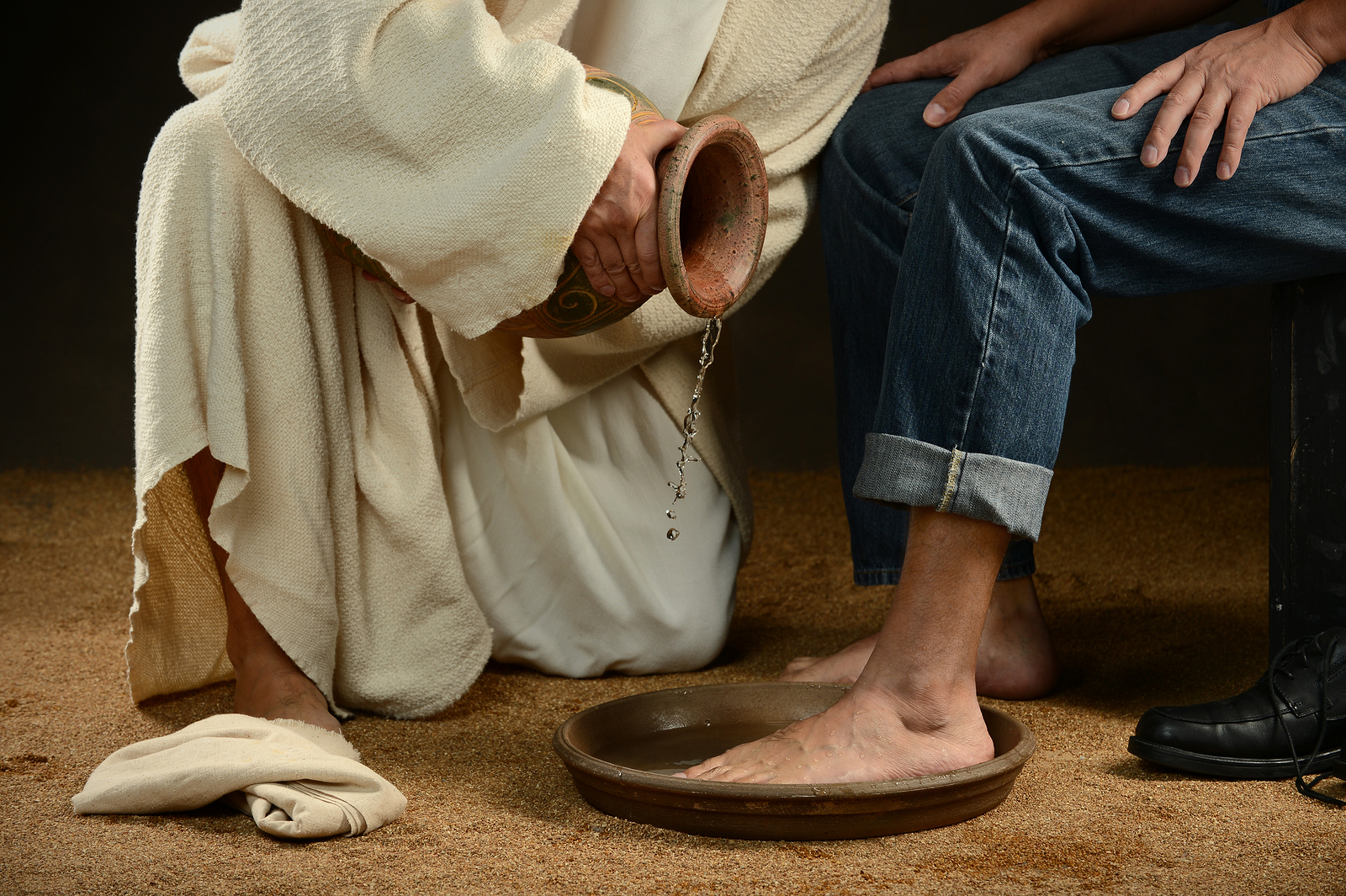 The Spirit of the Lord is upon me, because He has anointed me to proclaim good news to the poor. He has sent me to proclaim liberty to the captives and recovering of sight to the blind, to set at liberty those who are oppressed, to proclaim the year of the Lord’s favor. – Luke: 4:18-19

The New Testament of the Bible discusses the teachings of Jesus whom, in this verse, explains that God had anointed him to spread the news and to help others– that this is what the Lord wanted.  Jesus’s mission was to free an enslaved people, helping the less fortunate, and to teach by his example. He was willing to do all this, knowing that he would be crucified for doing so. This demonstrates a will to do what was right and live how one deems moral, regardless of the consequences from authority. 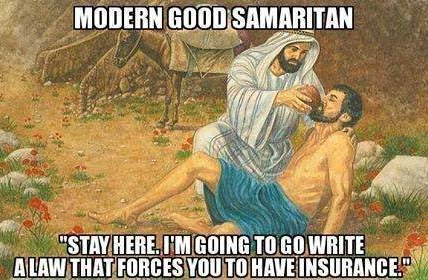 And he answered them, “Whoever has two tunics is to share with him who has none, and whoever has food is to do likewise.” – Luke 3:11 ESV

In the references to sharing wealth nowhere is it implied that this should be mandated or that government should facilitate it. The Bible, which champions free will, is clearly making references to voluntary charity, not force. An important distinction to those that advocate socialism. 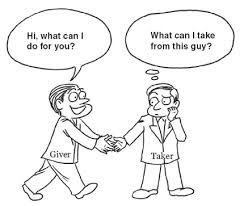 In all things I have shown you that by working hard in this way we must help the weak and remember the words of the Lord Jesus, how he himself said, ‘It is more blessed to give than to receive.’ – Acts 20:35 ESV

Giving is the antithesis of a socialist form of government, where property is taken from one by force to give to another. The Bible says it is better to give than receive. Which, is also the opposite of taking. This verse is an example of how a free markets work through individuals providing goods or services that others need, thus providing a value. 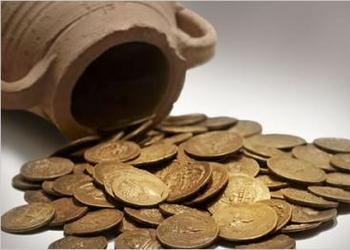 Each one must give as he has decided in his heart, not reluctantly or under compulsion, for God loves a cheerful giver. – 2 Corinthians 9:7 ESV

The following verse can show how a force taxation to justify giving to those in need is also not the intent behind the words of The Bible. Anything that is not mutually exchanged, is considered charity, as in dong so as “decided in his heart”. Tithing was a socially constructed practice, not a state imposed one. 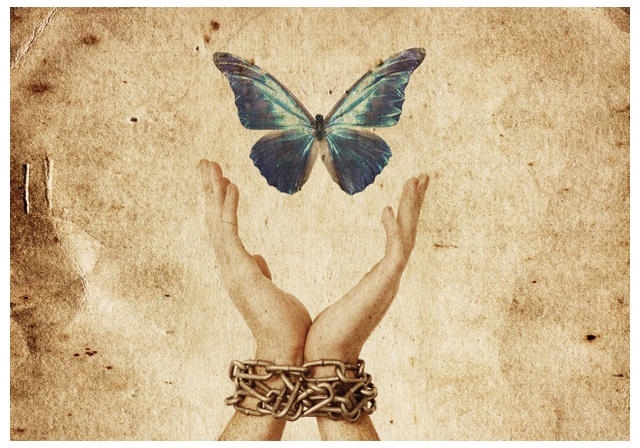 The LORD has established His throne in the heavens, And His sovereignty rules over all. -Psalm 103:19

Further affirming that government has no authority over you, the Bible is clear in teaching followers that God is sovereign over everything. If God gifted us our liberty, this is further proving that there is not justification in a governing power to take that away.

Cartoon Perfectly Depicts the Choice Between Hillary and Bernie on Healthcare

Joy Behar: ‘I’m Starting to Warm Up to Trump’, ‘He Agrees With Bernie!’