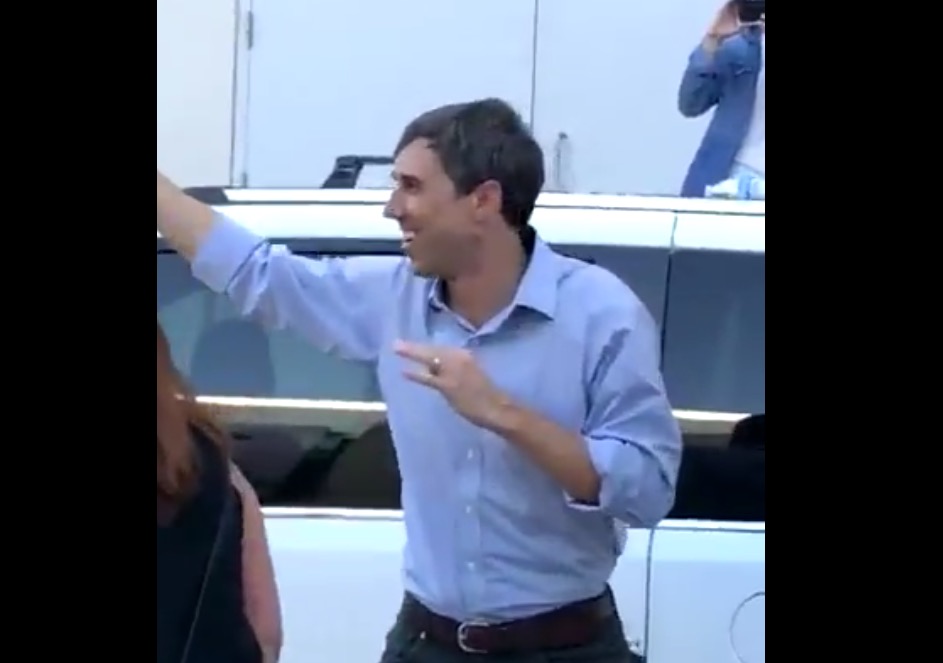 A video emerged on Monday of 46-year-old Democratic Rep. Robert O’Rourke of Texas attempting to do the dab, a dance which has been popular among NFL players and children.

The former punk rocker and U.S. Senate hopeful showed off his dance moves to a crowd of constituents after a campaign event in Texas.

As The Daily Caller explained in 2016, the height of the dance’s popularity, “‘dabbing’ refers to the coughing fit marijuana smokers undergo after taking a hit — a.k.a. dab — of concentrated THC oil or wax.” (RELATED: Texas Politics Project Dissects Polls, Explains Why Ted Cruz Will Win)

Former Secretary of State Hillary Clinton notably appeared on “Ellen” in January 2016 while she was running for president and attempted to dab. After her appearance, she was mocked for her “cringe-worthy” performance.

A mock video of Republican Texas Sen. Ted Cruz, who O’Rourke is running against, was created during his 2016 presidential campaign playfully showing what could be considered his attempt at the move.

Cruz and O’Rourke are in a competitive race for the U.S. Senate seat in Texas. A series of new polls has the heated race all over the map, with Cruz leading anywhere from nine points, to his Democratic challenger ahead by two points. However, an Emerson College poll released on Sunday shows the Texas senator’s re-election campaign was further bolstered by his support for Justice Brett Kavanaugh during his contentious confirmation to the Supreme Court.

Remember Anthony Weiner? He Might Be Getting Out Of Prison Early