During last night’s Democratic debate, Vermont Senator Bernie Sanders was pressed on his past praise for Fidel Castro. The self-identified democratic socialist refused to retract his remarks about Cuba’s legendary communist dictator.

The moment came when moderator Maria Elena Salinas was questioning the candidates about their views on President Obama’s easing of relations with Cuba. Hillary Clinton called the Castro regime “authoritarian and dictatorial.”

When the question was posed to Sanders, however, Salinas instead asked about the candidate’s previous praise for Fidel Castro and his communist revolution. The network then played this video of Sanders in 1985, lauding Castro as a man who gave Cubans healthcare and “totally transformed society.”

Hillary Clinton saw blood in the water and sank her teeth in, noting that Sanders had also said in the same interview that the rise of communism in Cuba represented “a revolution in terms of values.” Clinton got big cheers when she added, “that is not the kind of revolution of values I want to ever see anywhere.”

Sanders, when asked to retract the statements he made over 30 years ago, actually refused to. 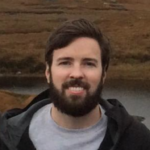 US Combat Veteran Killed By Palestinian Terrorist In Israel