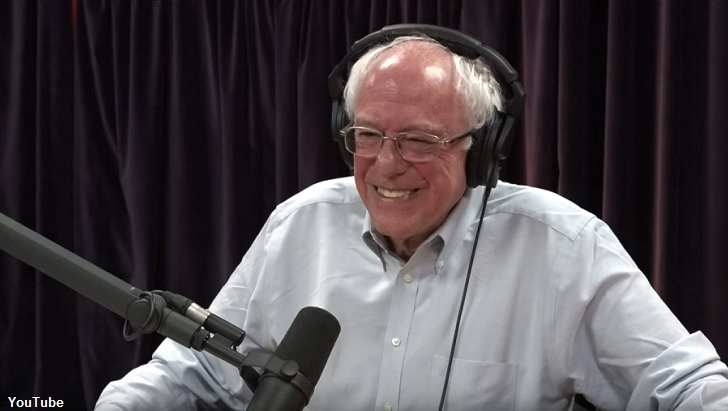 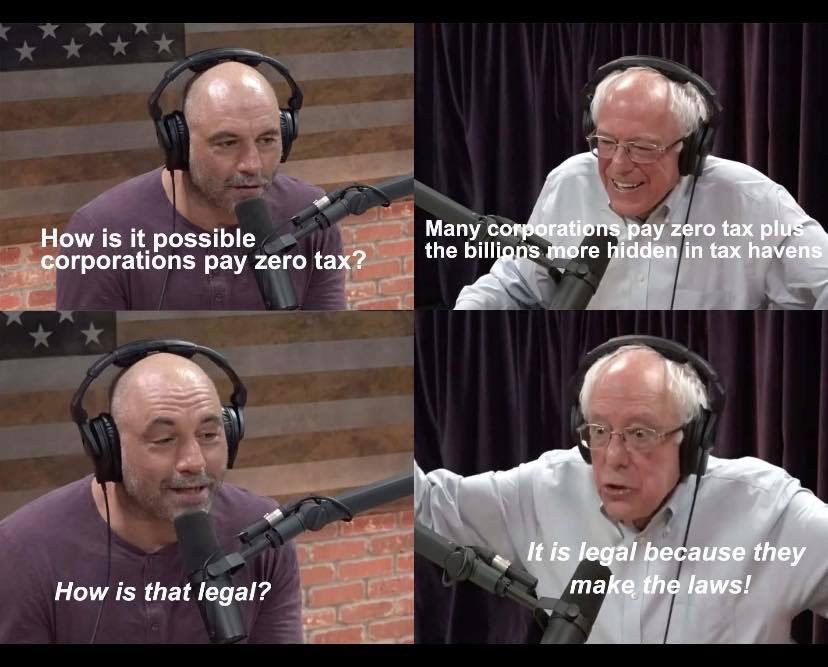 Joe Rogan is a liberal with libertarian leanings – nuanced like most people. For example, he supports both the right to bear arms and universal healthcare.

Some of his past political guests include Libertarian Presidential Candidate Gary Johnson and Democratic Presidential candidate Andrew Yang. Unfortunately for all you meme addicts out there, Bernie did not light up a la Elon Musk last year.

According to a recent Quinnipiac Poll, Sanders is in third place at 14% behind Joe Biden (32%), and Elizabeth Warren (21%). Many think that Sanders is to be credited with moving the Democratic party further to the Left.

They started off with Rogan asking Sanders what he thought of the Democratic Primary debate format and its constraints. Sanders described them as a “reality show” and said that giving candidates forty-five seconds to cover important topics was unrealistic. It appears he feels insulted by the whole set up.

In the past, Rogan has both complimented and poked fun at Sanders so this is probably one of the most unscripted interviews (discussions) you’ll see from Bernie Sanders.

Here are some highlights:

Free healthcare like Canada. Medicare for all. Healthcare is a human right. Business will have an equal burden so it’s “fair”. It will help mitigate housing costs in expensive state like California. Critics are wrong to say he embodies socialist dictators.

How will he pay for “free education”?

In this clip Bernie explains how student debt will be forgiven and all public university colleges and universities will become tuition free by taxing Wall Street speculation.

I believe in the Second Amendment, but…

Like the President and the NRA he supports Red Flag laws, yet wants  ‘Assault Weapons’ banned too.

Now here’s a major topic where independent voters and libertarians probably agree with Sanders. Perhaps this is why, in part, he earned the support of some liberty lovers during his 2016 run. (To be fair, Republicans too are leaning this way was time goes on.)

What about the space aliens?

Rogan helped make the run on Area 51 famous recently. And  he loves discussing aliens with guests such as martial arts pioneer and conspiracy lover Eddie Bravo.

Bernie says as President he’d announce all the alien secrets on Rogan’s podcast.

Joe played nice, and the show went for a little over an hour (usually they are two-three hours), so we didn’t get any grilling about the minimum wage controversy Sanders recently faced.

You can watch the whole show here.