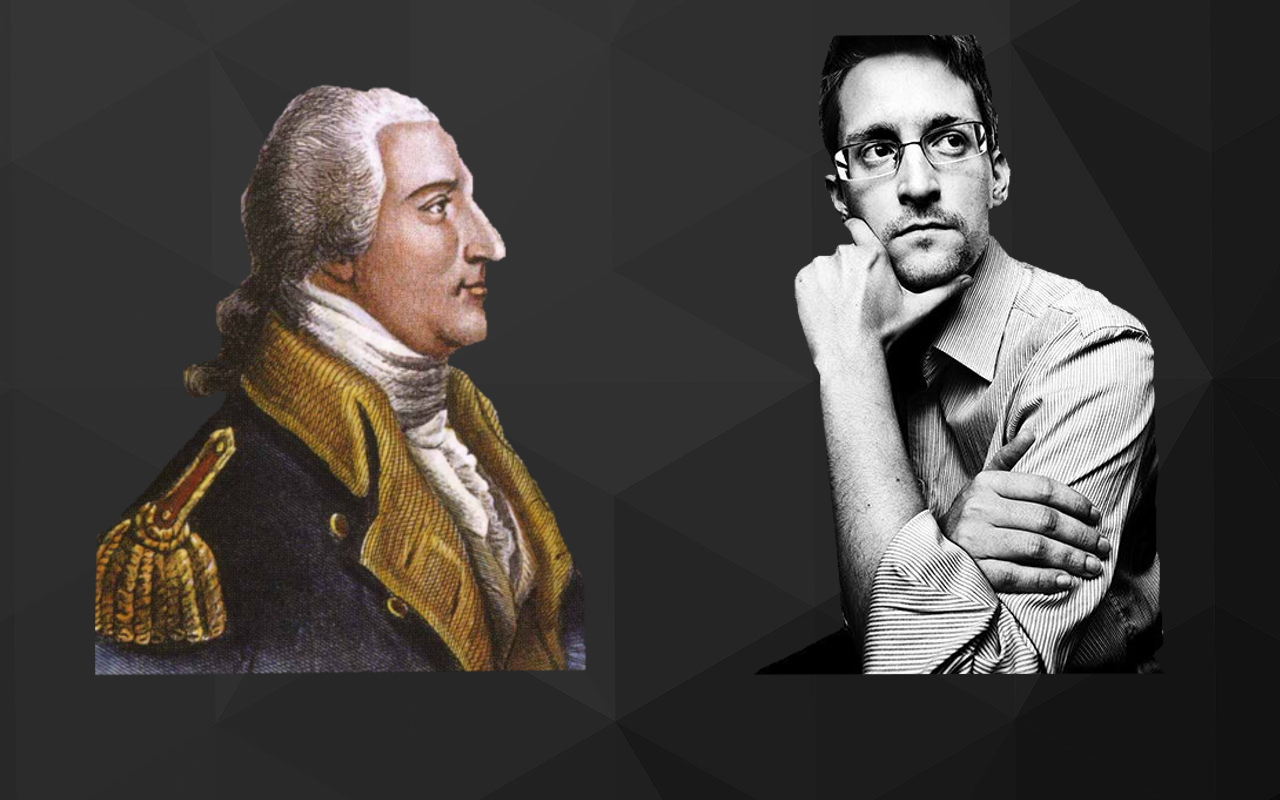 With the national spotlight back on NSA whistleblower Edward Snowden due to a new movie being released telling his story, you have people all around the nation who like to make comparisons about him. Some call him an American hero for waking the citizenry up to an unconstitutional and Orwellian government surveillance program, while others compare the same action to that of Benedict Arnold, arguably the nation’s largest and most detrimental traitor.

The ironic part about this Arnold comparison is that the story of Benedict Arnold can actually make an argument for why, in Snowden’s case, the actions taken and information that was made public makes him more a hero than villain.

The story of Benedict Arnold, who was personal friend of George Washington, started off quite similar to that of Washington himself. A skilled and charismatic brigadier general, he was often reported as well-liked, though he had a temper and was known to often act in his own self-interest, especially in his love life.

When Arnold married his second wife, a woman of lavish living, he worried about money and nobility in order to give her continuance of the life she came from. This need for power and money, along with internal conflicts of the Continental Army and those in power in the city of which he lived, Philadelphia, were eventually his downfall.

The conflicts from within created a sense of doubt in all he had accomplished for the revolutionaries, trying to separate themselves from British rule, while his need for wealth and social status drove him to a place of uncontrolled self-interest. A need to attain that which he felt was necessary for a proper life.

It was for these reasons, that according to History.com:

In 1780, Arnold was given command of West Point, an American fort on the Hudson River in New York (and future home of the U.S. military academy, established in 1802). Arnold contacted Sir Henry Clinton, head of the British forces, and proposed handing over West Point and his men. On September 21 of that year, Arnold met with Major John Andre and made his traitorous pact. However, the conspiracy was uncovered and Andre was captured and executed. Arnold, the former American patriot, fled to the enemy side and went on to lead British troops in Virginia and Connecticut. He later moved to England, though he never received all of what he’d been promised by the British.

The reason for handing over West Point, and the men to the British, was for the return of 20,000 British pounds, or roughly 3 million dollars in today’s value, along with command and prestige in the British forces.

It was even mentioned in Smithsonian Magazine that without the discovery of his [Arnold’s] treason in the fall of 1780, the American people might never have been forced to realize that the real threat to their liberties came not from outside, but from within.

It was Arnold’s haste and desperate self-interest which led him to betray that which he used to fight so valiantly for. He acted for himself, and in the interest of government with his actions. 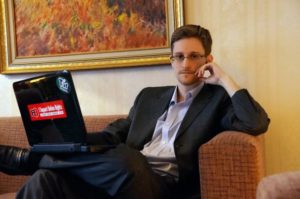 This leads us to the comparison of Arnold to Edward Snowden, and his release of information regarding constitutional violations and lying to the American public, by what were supposed to be the public’s safety protection agencies such as the National Security Agency (NSA), and Central Intelligence Agency (CIA).

In 2013, six years after working as one of the top spies for his country, trying to defend his nation any way he could, Snowden decided he could no longer withhold the secrets being kept by the protection agencies. He believed that the actions being taken with the PRISM program and mass collection of meta-data on every citizen without reasonable cause (among many other revelations) needed to be highlighted and made public.

Snowden was willing to forgo his cushy government salary in Hawaii, risk losing his girlfriend, and even his life for the revelations he made. He was by quoted CNN as saying,

I’m willing to sacrifice all of that because I can’t in good conscience allow the U.S. government to destroy privacy, Internet freedom and basic liberties for people around the world with this massive surveillance machine they’re secretly building.

Beyond this, Snowden has said he would be willing to face a public and fair trial in terms of the violations he did break in order to make this information public. The problem is, as he puts it, if he has to face the Espionage act, this would not be possible, as it has been used as a tool to silence whistleblowers, like Chelsea (formerly Bradley) Manning.

Snowden’s act appears to be a moral battle between pretending that the government is always your protector, and holding them accountable when it steps on the rights and liberties of the citizens, more importantly when they are unwilling to consent to such treatment.

It is in this area that Snowden, and Arnold’s stories separate. Arnold committed treason, simply because he had a vendetta and personal greed to live a life he felt he needed to, while Snowden had the life he thought he wanted, but was willing to sacrifice it for the right to individual freedom.

Arnold sold out his friends and family directly, while Snowden protects his people’s privacy and constitutional rights.

In fact, in Snowden’s case, it proves what the Smithsonian Magazine wrote: the American people might never have been forced to realize that the real threat to their liberties came not from outside, but from within. As without the information given to the public, we would all continue to have the wool pulled over our eyes, big government would have free rein and continue to grow with the people never being the wiser.

Snowden’s exposure of what government has turned into, and the plight that he has had to suffer for his bravery in coming forward perfectly exemplify a quote from our third president, Thomas Jefferson:

Timid men prefer the calm of despotism, to the tempestuous sea of liberty.

It could even be followed up further with a quote from another founding father of the US, Benjamin Franklin:

Those who would give up essential Liberty, to purchase a little temporary Safety, deserve neither Liberty nor Safety.

There is a reason the two men will be remembered differently as time continues to pass. One man threw away what he believed in for what he thought he needed in material. The other threw away everything he had, risked his life and reputation to defend the rights of not just himself, but his country, and individualism.