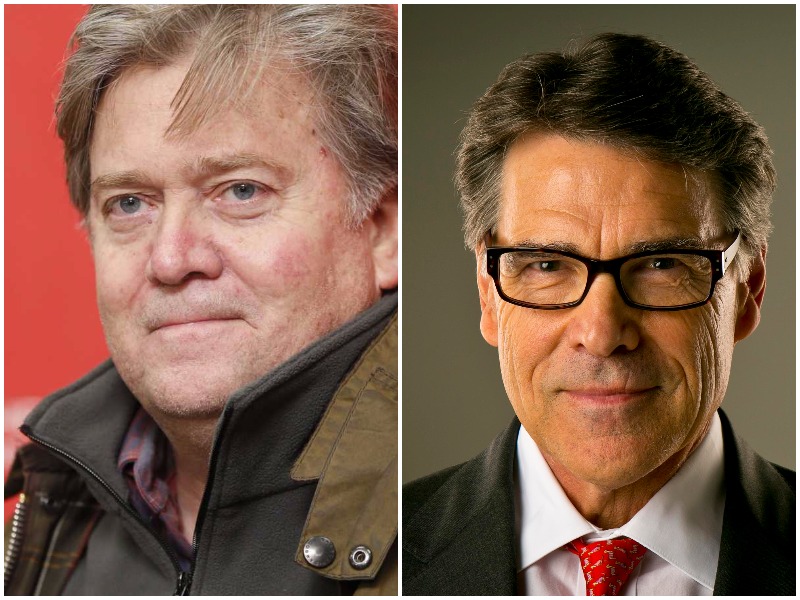 White House chief strategist Steve Bannon has been removed from his seat on the National Security Council, reversing one of the most controversial decisions of the young Trump administration, reports NBC News. Meanwhile, Energy Secretary Rick Perry has been added to the NSC according to Statesman.com.

A filing on Tuesday in the Federal Register did not list Bannon as a regular attendee of NSC “principals committee” meetings, as he previously was. The change adds Director of National Intelligence Dan Coats and Chairman of the Joint Chiefs of Staff, Marine Corps Gen. Joseph Dunford, back to the committee.

Despite the move, Bannon retained his security clearance, NBC said.

White House official mentioned to NBC that this is not a “power struggle,” The official said the White House was bringing back more of a George W. Bush-era-type NSC. The council will be more streamlined and the decision making more deliberative, the official said, according to NBC.

Former Texas Gov. Rick Perry has been added to a core group within the National Security Council in a shakeup of members announced on Wednesday, said Statesman.

Perry, the secretary of energy, was one of several officials added to the principals committee, the primary group of policy-makers for national security of which Bannon was just removed from.