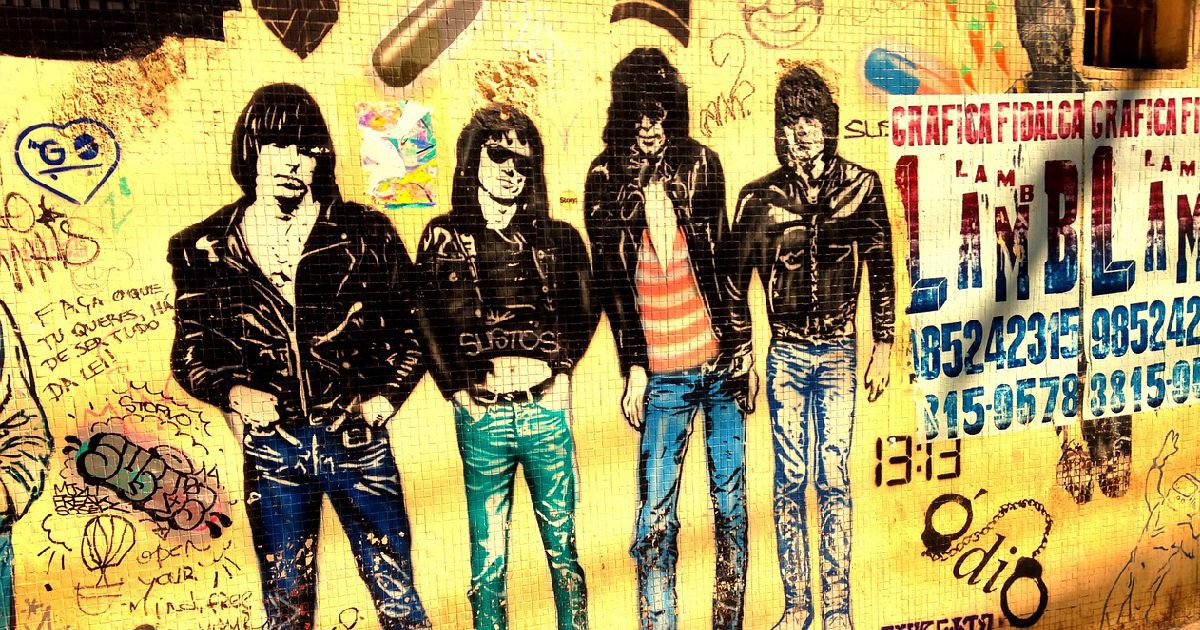 Punk rock was the anthem of an era. The theme-song of a decade. The voice of a generation. Everything about ripped jeans, combat boots, sneering teenagers, and the screaming lyrics of the Sex Pistols to the rhythmic mumbles of the Ramones defined disdain for control.

The headquarters of Punk was a bar in the Hell’s Kitchen neighborhood called CBGB. A movie on Amazon Prime Video tells the story of the bar’s founding by owner/operator Hilly Kristal in the 1970s.

CBGB stood for “country, blue grass, and blues”. However, country music was never actually played there. It became a punk haven because the bar had very few customers and budding punk bands were willing to play anywhere they were allowed. CBGB urged them to play original music so the bar would not have to pay for copyrights.

The genre of “punk” is not a cohesive thing. Consider the difference between Blondie, Sex Pistols, Ramones, (more modern, lesser-known bands) Dropkick Murphys, and Agnostic Front. Some have more of a pop feel, some come off as angry screaming, and others are just notably different than any other music. But they all give voice to the voiceless. It’s a beautiful mess. A laboratory of experiments in thought. A market of ideas.

At the time when CBGB gave them the chance to play at the failing, cockroach infested bar on the bad side of town, no one realized it was the beginning of a cultural/musical movement. The owner of CBGB gave the bands a place to play out of his own self-interest, but inadvertently helped them at the same time.

During the movie, the soundboard operator (who was pulled off the street by Kristal) receives his first check from CBGB and he is shocked at how low it is. He indignantly comments, “How am I supposed to survive on this?” Someone replies with a shrug, “art sucks”. He ends up sleeping on the street for a while longer, but eventually becomes famous in his own right and goes on to work for celebrated musicians.

Art does suck at first. Almost everything sucks at first. Any side hustle that has not taken off yet and doesn’t pay the bills, sucks – but, we need those people willing to go to the fringes of society to push us forward… to tame the unknown… to innovate.

Luckily for us, the market reflects consumers’ choices, and entrepreneurs that go to the unknown are rewarded if their findings are popular amongst the people (i.e. they are willing and able to purchase the product).

CBGB is unique in that it accidentally gave punk rock a chance before it or anyone else knew that it would become a raving success as a movement. Punk music forged the path for different types of rock like Emo, Alt, and Indie. Those who grew up navigating through puberty with a rock song that perfectly defined their angst and confusion thank CBGB for their innovation.

Creative destruction turned CBGB from a ‘country’ bar to a Punk haven. Profit motive is what caused Kristal to give a chance to some weird Punk bands. The fact that the bands and the bar had to sink or swim by creating something that consumers wanted is what incentivized the movement to spread.

I recognize that there are plenty of people who disagree on this – quite possibly even the movie’s producers or Hilly Kristal himself. But Adam Smith’s invisible hand of the market was definitely at work in the creation of CBGB and its success.

Points to Consider before Opting for Debt Consolidation