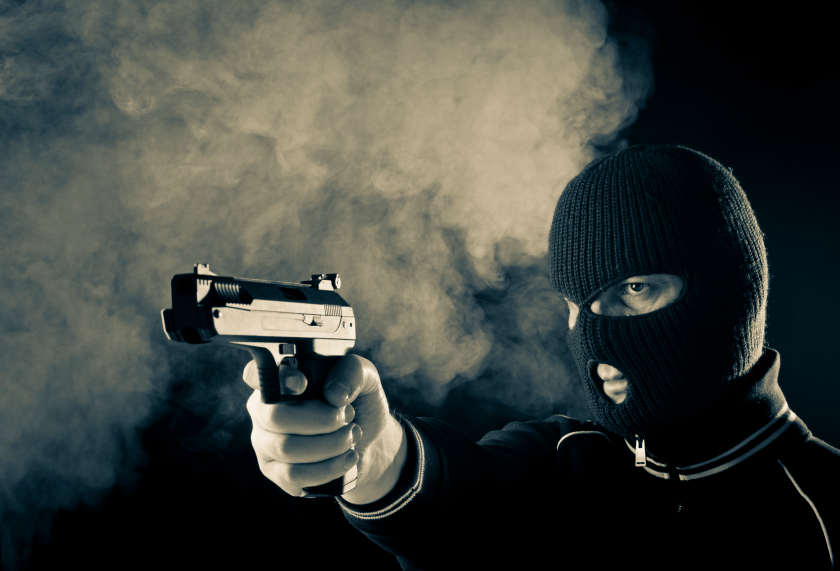 The family of a Chicago man gunned down during a robbery attempt are calling for his shooter, a concealed weapon permit-holder, to be prosecuted for the shooting. The Washington Post is helping to further that effort, suggesting the failed robbery could even be a Halloween prank gone horribly wrong.

Police say Saturday night Reginald Gildersleeve walked into the small bodega Agencia Mexicana while wearing a mask and announced a holdup, whipping out what appeared to be gun. Moments later he was gunned down by an unnamed patron. It was later discovered that Gildersleeve’s gun was a paintball gun. (RELATED: Chicago Man With Concealed Carry Permit Shoots And Kills Armed Robber)

Chicago police are treating the case as rather open-and-shut. Even if Gildersleeve wasn’t carrying a real gun, he was brandishing like it was, and the shooter acted accordingly.

But now, Gildersleeve’s family is calling for charges to be levied, saying that the habitual criminal didn’t deserve to die. Igbinosa Oronsaye, Gildersleeve’s stepson, told The Chicago Tribune the shooter overreacted in shooting multiple times.

Oronsaye also said the shooter needed to be punished for killing a member of the community.

The family’s argument is being pushed along by The Washington Post, where writer Michael Miller says the shooting is “raising questions.” Miller wrote up Gildersleeve’s death Monday morning in a manner that seems intended to frameGildersleeve in the best possible light. Miller, for instance, describes the shooting as “mysterious” because it “occurred on Halloween and involved a man in a mask with a fake gun,” although robberies with fake guns happen all the time.

Miller then says the robbery was all one big misunderstanding, because Gildersleeve was reportedly a former employee of Agencia Mexicana and knew the owner.

“Was the shooting a Halloween prank gone horribly wrong?” he asks.

Miller’s article also opens with a 2011 picture taken from Gildersleeve’s Facebook, showing him standing with his wife and holding a Bible. He describes Gildersleeve trying to “turn his life around,” based mostly on his marriage and his posting of family photos and inspirational quotes on Facebook. He even describes Gildersleeve as being “gunned down” during the robbery by a “concealed-weapon-toting customer,” although the phrased “gunned down” is typically used for those shot while doing nothing wrong.

Study: Everything You Thought You Knew About US Poverty Could Be Wrong