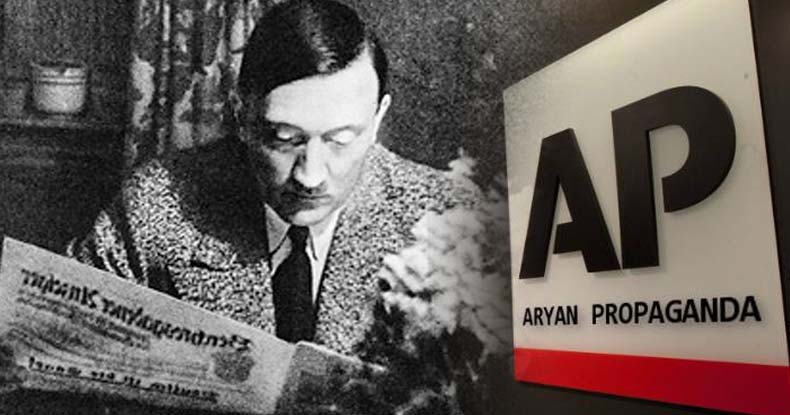 A yearlong internal review the Associated Press released Wednesday examining an agreement the organization made with Nazi Germany concluded the AP did not aid the regime during World War II.

The Associated Press struck an agreement with Helmut Laux, a Waffen SS officer, during Word War II to exchange photographs with AP reporters through intermediaries in Lisbon. Hundreds of photos published in American newspapers throughout the war and credited to AP were shots taken by the Nazi regime. Photos of allied operations were sent to Nazis for publication in their papers after Adolf Hitler reviewed them as part of the agreement, reports Michael Rosenwald of The Washington Post.

In the review AP released Wednesday, they strongly defend their decision to engage the Nazis in order to get crucial access to what life was like under the regime. They also note the U.S. government, which found out about the agreement in June of 1943, approved the secret dealings through the U.S. censorship office. The AP review states the U.S. government saw “information value” in keeping the agreement.

“It is essential to cover tyrannical regimes and other undemocratic movements, when possible from within the borders they control, in order to accurately relay what is happening inside,” AP Executive Editor Sally Buzbee said in a press release. “That is what we do, without compromising AP’s independence or standards. During the violent and tragic period before the U.S. entered World War II, AP made a conscious decision to maintain access in order to keep the world informed of the ambitions of the Nazi regime and its brutality.”

The review was sparked after Harriet Scharnberg, a German researcher, published findings last year showing the AP bureau in Germany had ties to the SS. Earlier this year German historian Norman Domeier added to the questions swirling around AP when he uncovered a 1946 letter in March describing the deal to Louis Lochner, the award-winning Berlin bureau chief for AP at the time.

Willy Brandt, a reporter working at the Berlin Bureau, wrote a letter to Lochner in 1946 saying, “I have a confession to make, Chief, but don’t get a shock.”

It turns out Lochner was well aware of the arrangement. After war broke out between the U.S. and Germany in 1941, the Nazis arrested Lochner, Brandt and other AP reporters and held them for five months. Lochner struck up the deal himself with Laux while aboard a train deporting him from Germany, according to The Washington Post.

The AP review says Laux, an SS officer, “had a proposition to make” to Lochner, who apparently liked the idea of a photo swap. The photos were exchanged through intermediaries in Lisbon and later in the war through Sweden. Roughly 10,000 photos were traded during the war.

“It was extremely cynical of the AP to use these photos,” Nicholas O’Shaughnessy, a professor at Queen Mary, University of London and expert on Nazi Propaganda, told The Washington Post. “One tries to justify these things by saying the camera doesn’t lie. But Nazi cameras always lied. They were a colossal kind of fairy tale. None of these images are real. This is how Hitler wanted to be seen.”

Larry Heinzerling, an adjunct assistant professor at the Columbia Graduate School of Journalism and retired AP deputy international editor wrote the internal review, which admits, “that AP should have done some things differently during this period, for example protesting when AP photos were exploited by the Nazis for propaganda within Germany and refusing to employ German photographers with active political affiliations and loyalties.”

Lochner won a Pulitzer Prize in 1939 for his thorough coverage of anti-Semitic activities in Nazi Germany and was reportedly known to personally hate the Nazi regime.

“[AP journalists] were doing their best to get out information that the world needed,” John Daniszewski, AP’s vice president for standards and editor at large, told WaPo in response to some criticisms. “It is easy to second-guess eight decades later, but we do not believe and did not find in our research any intention to deceive anyone about the German origins of these photos depicting scenes from the German side of the battle lines and inside Germany itself.” 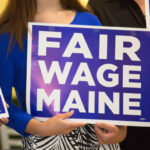 POLL: Most Americans Thought Science Marchers Didn’t Help Their Cause