Carr is the associate producer for CNN’s morning show “New Day,” which is hosted by Chris Cuomo and Alisyn Camerota. “New Day” has been critical of Trump throughout his administration, and declared Wednesday the president wants to make the media an “enemy of the state.”

When asked if CNN was capable of being impartial, Carr said, “In theory.”

“On the inside, we all recognize that he [Trump] is a clown,” said Carr, according to the video released Friday. “That he is hilariously unqualified for this, he’s really bad at this and that he does not have America’s best interests. We recognize he’s just F–king crazy.”

Carr claimed that Trump isn’t even really a Republican, and doesn’t believe in any of the values important to the voters who elected him.

He also went after White House adviser Kellyanne Conway, saying she “looks like she got hit with a shovel,” and referred to her as “that awful woman.”

Carr then got even more personal pointing out that Trump is “on his third wife” and saying, “I guarantee you he’s paid for abortions. He doesn’t give a sh-t about abortion. He doesn’t care about gay marriage. He doesn’t even really care about the budget.”

Carr wasn’t only speaking for himself but claims, “90% of us [CNN] are on board with just the fact that he’s crazy.” When asked to clarify who the 90% were Carr said, “my direct coworkers.”

Bonifield who was caught sharing similar sentiments on hidden camera said the network’s Russia narrative wasn’t supported by facts and they had no hard evidence that Trump committed any wrongdoing.

Carr also mirrored Boniefield’s fixation on getting higher ratings at all costs, agreeing that Russia has been good for CNN’s viewership. “…It’s decisions made by people higher than me and if they go wow, your ratings are soaring right now. Keep up what you’re doing. Well, what we’re doing is Russia, ISIS, London terror, shooting in Chicago, that’s it.”

Cuomo and Camerota were also caught in the storm when Project Veritas obtained leaked audio of a segment they were filming featuring six Trump supporters on March 30th. Project Veritas points out that out of the hour and a half of footage they shot, only eight minutes were used and key parts of the discussion were omitted in an effort to selectively edit the segment.

Camerota asked one of the Trump supporters to back up the claim that there were millions of illegal votes cast in the 2016 presidential election. Just as the supporter was about to cite James O’Keefe of Project Veritas and his undercover work at various polling stations, CNN cut the clip and moved on to another supporter making it seem as if he had no proof to back up his assertions. The audio tells a different story.

CNN has been forced to retract a story on Trump’s supposed Russia connection, made three reporters resign, has seen two producers mock the American electorate on camera using crass and inappropriate language, and now has been caught selectively editing. And that is just in the past week. 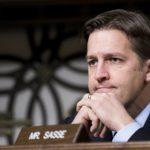 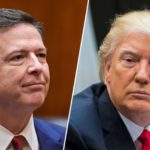