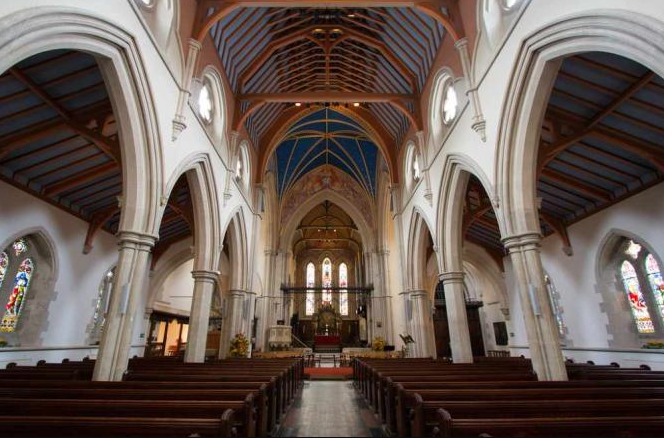 St. Mary’s Cathedral in Glasgow, Scotland will be the first Anglican church in the U.K. to host a gay wedding, according to The Guardian. The announcement came Thursday when The Very Rev. Kelvin Holdsworth, provost of St. Mary’s, registered to perform gay marriages, one month after the Scottish Episcopal general synod voted to approve same-sex marriages.

The vote set the Scottish Anglicans at odds with the rest of the Anglican denomination, which does not approve gay marriage. Conservative Anglicans maintain that homosexuality, and by extension gay marriage, is forbidden by Scripture, according to Bishop Andy Lines from Gafcon.

Lines said the Scottish church was “not at liberty to tamper with [God’s] words,” and that he and other conservative Anglicans will support those “who wish to maintain the authority of the Bible.”

Holdsworth applauded the Scottish synod and St. Mary’s role in the campaign for LGBT marriage in Scotland.

“I’m a gay man myself and so initially for me it was about coming out and then, having come out, it was about helping the church to come out,” Holdsworth said. “The church was always a place that was good for me when I came out. It was a very supportive place and it seemed to me important to get the church to tell the truth that it was accepting about people in same-sex relationships and then gradually members in this congregation started to help in the push for gay marriage.”

Holdsworth’s views, while popular within his synod, are not shared by the vast majority of the 80 million Anglicans worldwide. Anglican leadership reprimanded the U.S. Anglican church with sanctions in 2016 at a four-day leadership meeting in Canterbury for their acceptance of same-sex marriage. Leadership said the approval and officiation of gay marriage was “a fundamental departure from the faith and teaching held by the majority of our provinces on the doctrine of marriage.”

“The traditional doctrine of the church in view of the teaching of Scripture, upholds marriage as between a man and a woman in faithful, lifelong union. The majority of those gathered reaffirm this teaching,” church leadership’s statement to the U.S. church read.

N. Korea May Have Its Missiles To Thank For Most Significant Economic Growth In Nearly Two Decades