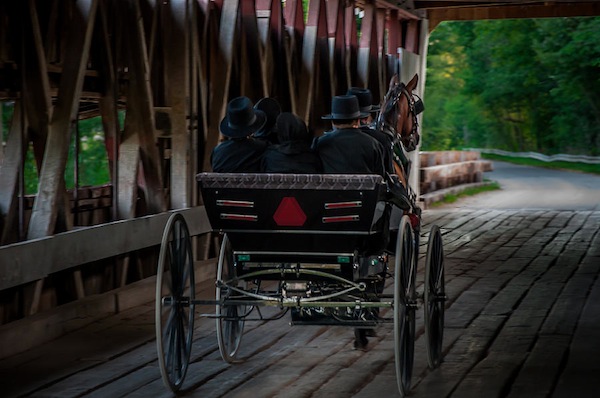 MEDINA COUNTY, OH – The parents of 11-year-old Amish cancer patient Sarah Hershberger have taken her and fled the country in order to avoid chemotherapy treatments that the state of Ohio wanted her to receive.

Doctors believe that if Sarah is treated she will have a good chance of survival, but her parents only wish to provide Homeopathic treatments, whose effectiveness is equal to that of a placebo.

The Hershberger family has invoked their parental rights to refuse the treatments, even though doctors and attorneys believe that the decision will lead to Sarah’s death. Sarah was reportedly ill due to initial rounds of chemo and the family wished to avoid them in favor of their herbal remedies.

“We’ve seen how sick it makes her,” Andy Hershberger, Sarah’s father, said. “Our belief is the natural stuff will do just as much as that stuff if it’s God’s will.”

In October, a court had granted the state limited guardianship over Sarah. The decision gave attorneys and doctors the right to make medical decisions on her parents behalf and they began making the preparations to administer chemotherapy to the girl.

“While we respect the wishes of the parents and believe them to be honest and sincere, we are unwilling to adhere to the wishes of the parents,” the appeals court judges wrote. The ruling made it clear that while adults can freely refuse medical treatment, children do not have the same rights due to their inability to make these types of critical decisions in a mature manner.

A taxi was sent to the Hershberger’s house to pick up Sarah for the hospital, but when the car arrived, no one was home. It was learned then that Sarah and her parents had fled the country.

“They don’t want Sarah to be taken away,” family attorney Maurice Thompson said.

The family has been treating Sarah overseas with herbal remedies that they believe are alleviating her symptoms. The parents are planning on returning to the country in order to file a motion to terminate the court guardianship order.

Cancer Patient Gets IRS Audit After Complaining About Obamacare (VIDEO)

How Did Obama React To A Question About His Flagging Poll Numbers? (VIDEO)