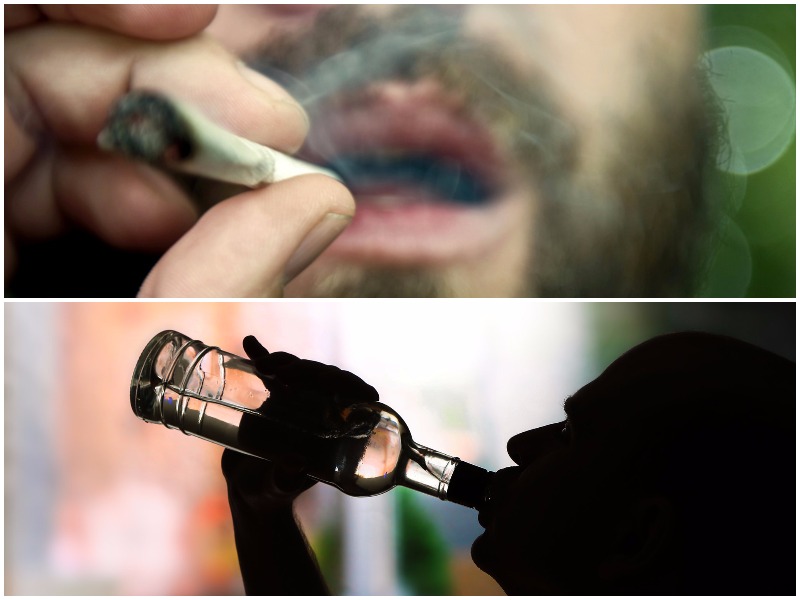 The American public believes alcohol is far more harmful to personal health than smoking marijuana, despite its federal status as a Schedule I drug alongside heroin, according to a Monday report.

As marijuana legalization spreads, perceptions are changing and people are increasingly questioning how harmful it is compared to items that are legally available. DIG Insights, a global research firm, released its first annual Cannabis Culture Report Monday, investigating public opinion in Canada and the U.S. towards marijuana, and found pot is viewed more favorably than alcohol, among other items.

DIG Insights found that roughly 22 percent of Americans have used marijuana recreationally in the last year. The report covers a litany of questions, but researchers said they were caught off guard by their data concerning perceptions on harm.

“That was particularly interesting to us, just to see that a higher percentage of Americans think alcohol is very harmful compared to marijuana,” Rory McGee, research director for DIG Insights, told The Daily Caller News Foundation. “We’re certainly not commenting on what is and is not harmful, but those are the attitudes in America. It was also very interesting that people thought processed sugar and saturated fats are more harmful than marijuana.”

Critics of marijuana often fear such perceptions will lead to higher abuse rates of marijuana and greater substance abuse in general, but the report suggests changing perceptions are not sparking more risky behavior — at least among younger users.

“It comes down to a question of, if people are consuming more marijuana, what are they consuming less of,” McGee told TheDCNF. “We found that young people were less likely to combine marijuana with alcohol than older people.”

DIG Insights hopes its research can help companies navigate the ever-shifting marijuana landscape and cope with market changes driven by the cannabis industry.

Eliminating DC’s Handgun Ban Had No Effect On Homicides

Newly Discovered Animal Looks Just Like Something From A Horror Movie