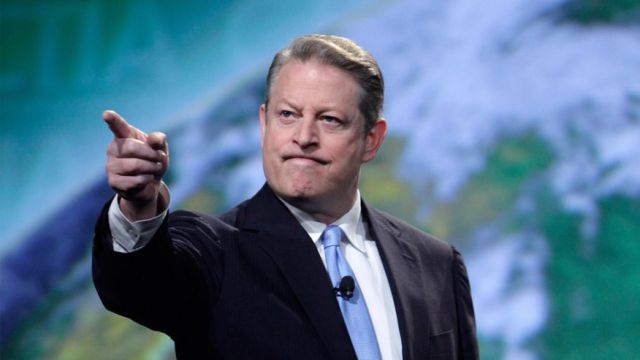 Former Vice President Al Gore invoked God in a recent interview about his new global warming film, saying the good lord “intends for us to open our eyes and take responsibility for the moral consequences of our actions.”

Gore sat down with Interview to discuss his upcoming film “An Inconvenient Sequel,” which hits theaters in July. After comparing the fight to stop global warming to past movements, like the civil rights and abolitionist movements, Gore turned preacher.

“Regarding the climate movement, there are people who say, ‘God is in complete control of everything that happens, and if the Earth is getting warmer, then maybe God intends that,’” Gore said. “Well, no.”

“God intends for us to take responsibility for how we treat God’s creation, and if we choose to use the thin shell of atmosphere surrounding our planet as an open sewer for 110-million tons of global-warming pollution every day, the consequences are attributable to us,” Gore told Interview Thursday.

“And if you are a believer, as I am, I think God intends for us to open our eyes and take responsibility for the moral consequences of our actions,” Gore said.

Gore’s new film comes out 11 years after “An Inconvenient Truth,” which is credited with sparking a wave of global warming activism. It shot Gore’s fame to new heights as well as some scientists and activist who featured in the film.

In the film, Gore made lots of predictions that never came true, but he still told the Hollywood reporter last year he had “underestimated” how bad man-made global warming would get.

Last year, The Daily Caller News Foundation went back and watched Gore’s most alarmist predictions in his 2006 film and found it was still alarmingly inaccurate. (READ: An Inconvenient Review: After 10 Years Al Gore’s Film Is Still Alarmingly Inaccurate)

Gore also compared the global warming movement to past movements, including the fights for civil rights and to get win women the right to vote.

“I think they’re more similar than different,” Gore said of the parallels between past movements and the global warming movement.

“The gay rights movement of recent years has been an inspiring victory for humanity and it is in the tradition of the civil rights movement when I was a young boy in the South, the women’s suffrage movement when my mother was a young woman in Tennessee, the abolition movement much farther back, and the anti-apartheid movement when I was in the House of Representatives,” Gore said. “All of these movements have one thing in common: the opposition to progress was rooted in an outdated understanding of morality.”

“If somebody had told me, even seven years ago, that in 2017 gay marriage would be legal in all 50 states, and even celebrated by almost two-thirds of the American people, I would have said, ‘I sure hope so, but I think that’s probably unrealistic,’” Gore said.

“But it happened. And the reason it happened, as with the civil rights movement before it, is that when the extraneous issues that stop people from really taking a look at the real issue are pushed aside, they get a clear view of a simple binary choice between right and wrong,” Gore said. 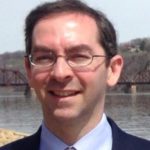 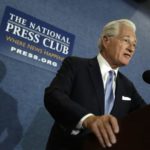 Report: Trump’s Lawyer Will Lodge Complaint Against Comey Over Leaks