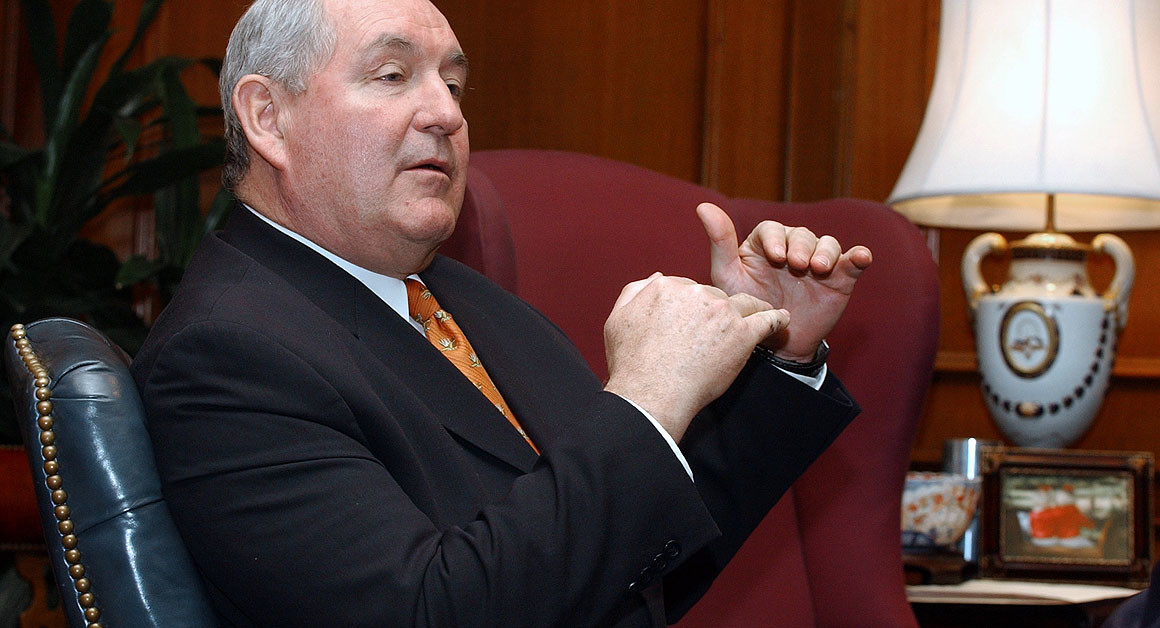 Newly confirmed agriculture secretary Sonny Perdue said labeling food as organic and free of genetically modified organisms (GMO) is mainly about marketing during a press conference at the Department of Agriculture Thursday.

“I knew it was all about marketing when I went to the grocery store and there was non-GMO, organic shampoo,” Perdue said. “This is really a lot to do with marketing and some of the people who are in this area have claimed that.”

Perdue had been asked about how he will write regulations based on laws passed during President Barack Obama’s administration that mandate GMO labels on food.

“I’m a transparent guy who thinks that the customer ought to know as much as they want to know,” Perdue said. “Does that mean every manufacturer has to put all that information on there?”

Between 70 and 80 percent of all food consumed by Americans contain GMOs, and the Food and Drug administration has declared them generally safe for consumption. Still, most consumers say that they have a right to know what foods contain GMOs.

“You’ve got some very intense customers who want to know to the enth degree what’s in there, and where it came from and how it was made and all that,” Perdue said.

“We have to figure out a way to give those people — maybe less than 5 percent of the population of the consumers — all the information they want. And I want them to know as much as they want.”

Obama signed a law last July mandating that every food package must say whether or not it contains GMOs. Under the law, food packages also must have a QR code that consumers can scan to find a full list of ingredients and whether each one contains GMOs.

One of the big issues is how to give consumers as much information as possible without placing prohibitive burdens on farmers and food suppliers. Perdue doesn’t want to make “labeling on any little, small jar of anything multi-pages, that would make it very difficult on the supply chain.”

The USDA does have to write the rules to comply with the law passed by Congress by summer 2018.