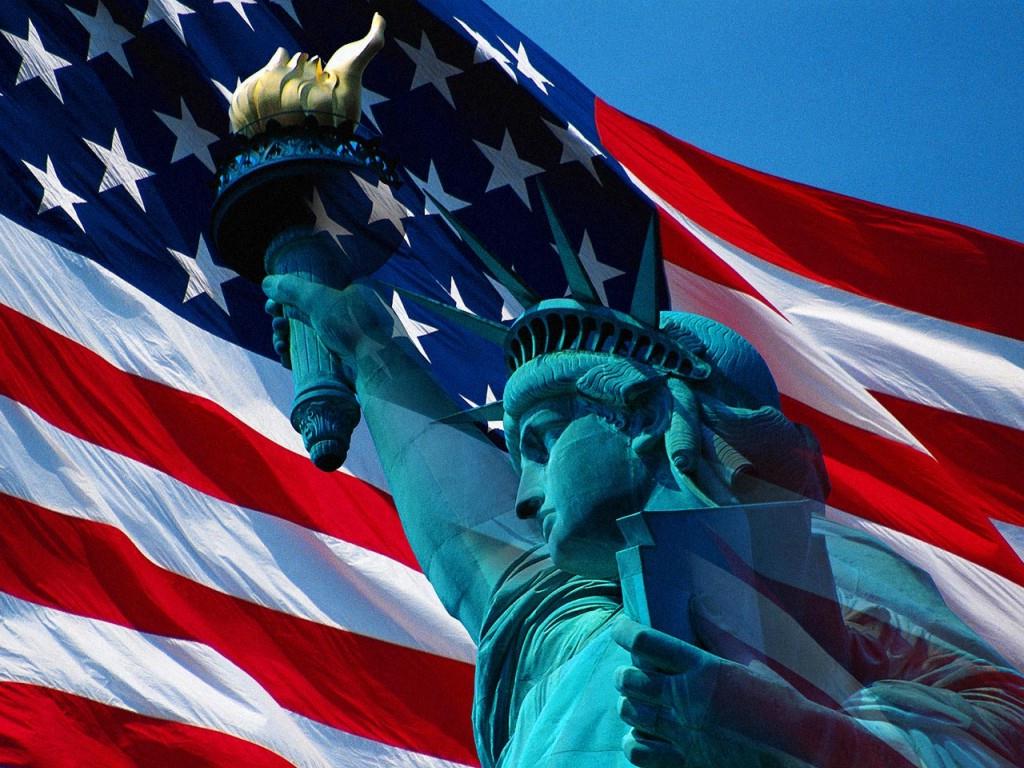 Libertarians, it’s time to get real about foreign policy and stop expecting Americans to support candidates who bash their country. That doesn’t mean we can’t criticize the government and its policies, but there is a strong contingent of libertarians who find a way to blame the American government for every problem the world faces. People with naive YouTube educations convinced that every terrorist in the world is being secretly funded and directed by the U.S. government mix with those who tell us romantic tales about how great and free the 19th century was (you know, when blacks were property and women couldn’t vote).

Libertarianism has an identity problem. The movement is a disparate collection of various ideological views which sometimes share common political goals. When it comes to trashing the two party system or pointing out the ideological inconsistencies of conservatives and liberals, libertarians are united. But when it’s time to define how libertarian philosophy should shape real-world political policy or unite behind a candidate, libertarians scatter in a hundred directions. Such is to be expected from a movement of proud individualists.

The truth is liberty is a rare thing in this world; it has only ever existed where men were willing to kill to establish and protect it.

Too often, however, these various factions then deride the others as pseudo libertarians. More and more it seems libertarians are focused on being ideological gatekeepers rather than having a real effect on national discussion or policy. I have struggled with the libertarian label because I refuse to allow others to draw lines limiting my opinions and in doing so I have often been accused of being a pseudo libertarian. I have what some ideologues may consider a flaw, though I hold it with honor, in that I attempt to approach every issue from an objective standpoint. I don’t start at the default libertarian position as has been defined by others. I have my principles and the facts I have objectively proven to myself to be true, and those are my guides. It doesn’t matter what Ron Paul, Gary Johnson, or anyone else has to say about it. I must arrive to a conclusion on my own.

So what makes one a libertarian? Is it some subjective standard? A set of exact policy positions?

It is my belief, a libertarian doctrine that focused on these tenets would be much more attractive to a broad range of individuals:

If we all agree we don’t want government in our lives and that free markets are superior to government planning, why does it matter if we all have the same ideas about how best to advocate for or advance liberty? It’s time to get out of the weeds and focus on the big picture; it’s time to develop real world policy applications that reflect these tenets.

Foreign policy is one place I disagree with many libertarians. The movement as a whole has a severely flawed foreign policy that dangerously ignores real threats to life, liberty, and world peace. There is a mix of paranoid, conspiracy theory-fueled conjecture surrounding any foreign involvement or cooperation and a naive pacifism that actually believes there is no real evil in this world and that horrors will cease to be horrific if we just close our eyes.

The truth is liberty is a rare thing in this world; it has only ever existed where men were willing to kill to establish and protect it. Barbarians, tyrants, and strongmen are more frequent because they are an expression of our raw, animalistic, kill or be killed instincts. Liberty and civilization requires knowledge, yes, but first you must be able to beat back the barbarous hordes and defend your rights from those who would make you subservient to their will.

This country was founded on the very principles libertarians hold dear; limited government, the power of the individual, and the pursuit of a freer, better society. Has America always done right? If it is impossible for any individual to be perfect, surely a group of elected people will make many mistakes. But millions of people live today with a higher degree of liberty than any who lived before them because of America — a country born not of nationality or ethnicity, but out of the ideas of freedom. And what some of our fellow liberty loving Americans refuse to realize is how many people are free around the globe because of American military might.

Recently, Brian Hawkins wrote a piece for The Federalist that echoed many of my criticisms of libertarian foreign policy.

Libertarians rightly claim trade and diplomacy are more effective at ensuring security than war. But they ignore the role America’s military preeminence has played in facilitating the post-World War II environment of peaceful trade and commerce around the globe.

Free and open maritime trade, for example, did not occur by accident. It was deliberately implemented as part of the post-World War II system of international diplomacy. For almost 70 years, the U.S. Navy has ensured and protected this system, enabling countries from across the globe to engage in mutually beneficial trade. Abandoning this role would only allow the enemies of this world order to reshape the international community towards their own narrow interests, at the expense of peace and prosperity.

Hawkins’ criticisms hit libertarians in a sore spot, showing the contradiction between their exalting free trade advancements and their refusal to acknowledge the role American military has played in establishing that trade. Again — you can’t have liberty until you beat back the barbarous hordes and you can’t have trade routes without security.

It’s always comical when libertarians pass around memes about how much better South Korea is than North Korea, a comparison that reflects the stark difference between communism and capitalism. There is only one problem — most libertarians probably wouldn’t have supported the U.S. military involvement in Korea that has allowed for South Koreans to live free and happy lives.

Hawkins didn’t write his piece to tear down libertarians and I have no intention of doing that, either. I believe now is a time when libertarians can affect the political paradigm, but only if we get serious about our policies and develop a platform that is broad enough to attract a wide spectrum of Americans while holding true to the core tenets I outlined above.

It’s time for a pro-defense, pro-America contingent of libertarianism to start speaking up and defining itself. Yes, we want to protect individual liberty and yes, we want the government out of our lives and out of the affairs of private business, but we also know that freedom is remarkably rare in this world and the flame of liberty must be guarded vigilantly. Libertarians need to come to terms with the time we live in, the real world situations our country faces, our international commitments, and accept that America is a world leader. The question is how do we lead? The answer is clear: with the principles of liberty and human dignity as our guide.

No, this is not a call for imperialism or blanket intervention, though I am sure many will treat it as such. This is a call for those of us who see the world in a more nuanced way and who understand the role America must play in fostering liberty and peace in the world to unite. If America does not lead for liberty in the world, who will?