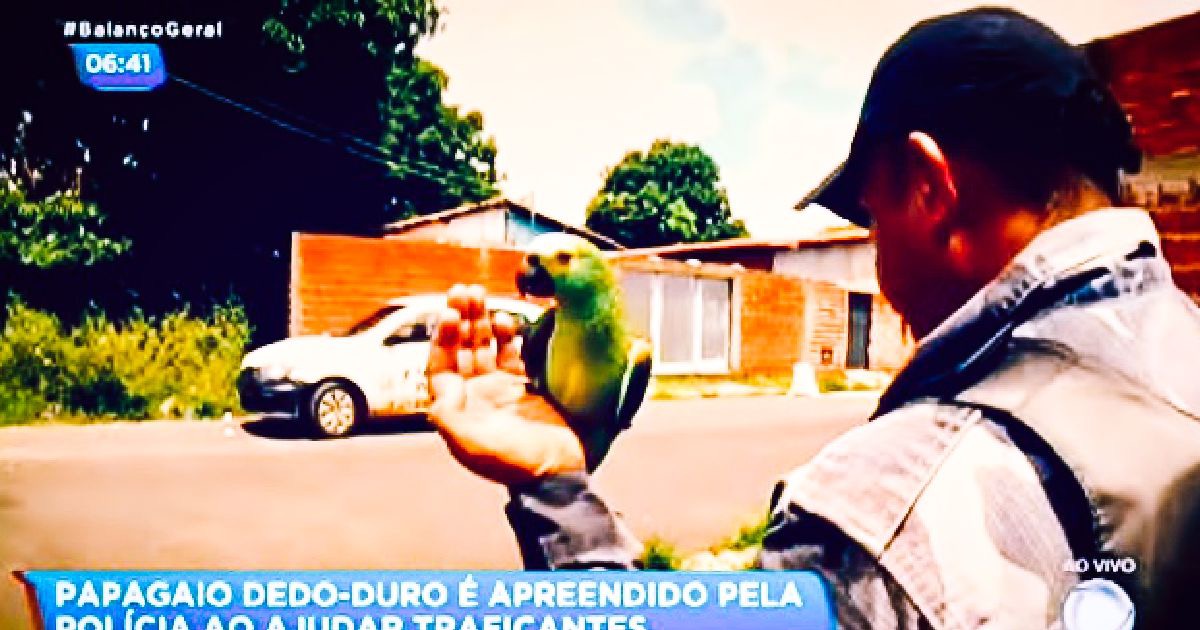 Brazilian police took a parrot into custody Monday after the loose-beaked creature tried to warn two crack cocaine dealers about the officers raiding their house.

The bird repeatedly yelled “Mamãe, polícia!” meaning “Mama, police!” as soon as it saw police enter the windowless brick house in the state of Piauí and begin searching for the two suspects, according to The Washington Post. The “trafficking parrot” yelled in vain, however, as police arrested the crack dealing man and teenage girl whom they believe trained the parrot to keep an eye out for law enforcement.

“He must have been trained for this,” one policeman said, according to The Guardian. “As soon as the police got close he started shouting.”

Officers cataloged the drugs they found at the scene. One policeman then took the drug dealers’ pet out of the house perched on his finger, placed him in a cage and took him to Teresina Police Department, where he has remained silent since police took him into custody.

The crack dealers’ lawyer, Salma Barros, claimed that the parrot’s continued silence around police throws doubt on their narrative of events at the house.

“The police said that when they arrived the parrot started shouting ‘the police arrived’, the ‘police arrived. But here in the Flagrante Central, he was quiet and silent. The delegate himself dismantled the story because the parrot did not say anything, but the police confirmed the story,” Barros told Meio Norte.

Authorities have reportedly taken the bird to a local zoo, where zookeepers will help it learn how to fly. Zookeepers also noted that the bird has remained silent, even in the face of visiting police officers, holding fast to the spirit of the adage “snitches get stitches.”

Tips to Manage Money when in College