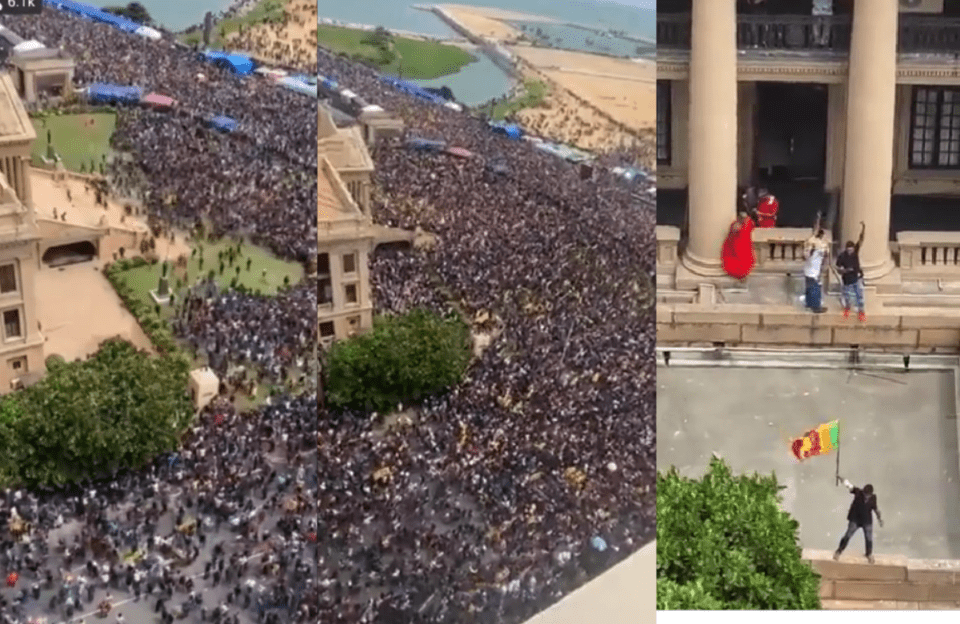 By implementing the policies of the radical environmental left, president Joe Biden will become the transformative figure he believes he is. He will be the first prophet in humankind to cause the apocalypse he predicts. –  William L. Kovacs

Predictions of apocalyptic events have been made since humankind created the calendar needed for assigning the year in which the apocalypse will occur. Predictions include an antichrist, the elimination of humanity and species, the end of the world, and judgment day. All from false prophets. The prediction of a climate change apocalypse will likely occur but not from an event totally outside of human control or even high levels of carbon dioxide in the atmosphere. Rather the apocalypse will be caused by the only entity on earth that can cause an apocalypse. That entity is government—and Joe Biden, in biblical terms, is the vessel that will make it happen.

The climate hysterics describe a world that is full of disease, melting sea ice causing extreme worldwide flooding, hurricanes, tornadoes, raging forest fires, cities with regular temperatures over 120 degrees, water so acidic as to harm marine life, and starvation over much of the world.

President Biden tells Americans in his usual “tough talk” that climate change is the “number one issue facing humanity.” That the climate crisis poses “the existential threat to human existence as we know it.” He promises “We are going to get rid of fossil fuels,” and the United States will cut its greenhouse gas emissions 50-52% by 2030 compared with 2005 levels.

Biden’s policy advisors implement his policies by shutting down oil and gas pipelines, denying investors the capital needed to produce fossil fuels, and regulating almost every manufactured product from cars to light bulbs. They also propose spending trillions more dollars on green energy in a highly inflationary economy so we can live in an environmental nirvana free of climate anxiety.

Unfortunately, to meet his policy of a 50% reduction in carbon emissions by 2030 Biden still needs to reduce emissions by 15 gigatons of CO2 equivalent. Worse, “U.S. greenhouse gas emissions rose by 6.2% last year (2021) compared with 2020.” Moreover, even with gas at $5 a gallon, consumption is close to its pre-pandemic highs.

Moreover, whatever the government mandates, the wealthy will continue to use private jets, and live in massive estates, and even estates on the beach where flooding is likely. They have all the food, water, transportation, housing, high-value goods, and servants they could ever need for many lifetimes. The average person suffers from the government’s actions to address climate change. They suffer inflation, high energy prices, and a lower standard of living.

Even if Biden were the son of Obama, there is nothing reasonable he can do to tame the rise of the oceans and heal the planet. That was all attempted by the prior “god.” The radical environmental groups want Biden to take Congress behind the proverbial gym and beat the hell out of it like he promised to do to Trump. Biden likely believes he can take Congress behind the gym. After all, he shakes hands with invisible persons, believes the U.S. has the fastest growing economy in the world and has the Easter bunny rescuing him from pontificating about his delusions in public.

President Biden, your term as president is not over, however, you have very little support among ordinary people who must work every day for a living. Your best hope of being a transformative president is to do whatever the radical left believes is needed to eliminate fossil fuels. Unfortunately, the Left views your presidency as a series of half measures, perhaps only quarter measures. Scranton Joe, you can prove them wrong.

Keep up hope. A delusional mind can find reality in strange ways…

A few days ago, I found an embargoed copy of the Left’s Manifesto on Climate Change. The Left intends to give it to Kamala Harris after it forces you to resign. You have done so much for the radical Left; it is unfair to deprive you of the opportunity to fulfill their dreams. So, I am giving you this draft. Since you are very good at taking credit for the work of others, I suggest you get a pen, a lot of ink and the largest roll of two-ply toilet paper you can find. Then, start writing an Executive Order that promises to achieve all of the Left’s dreams.

“I, Joe Biden, President of the U.S. do hereby order that all my cabinet Secretary Office Boys, girls, LGBTQIA+ and every person, of every gender, subject to my rule, (illegals are free of all restrictions), and especially the wealthy ones, obey the following commands:

Biden’s staff attaches a partial list of just 144 of the 6000 items so the public has some idea of what illegal items are made from oil or gas. Keep in mind that 42 – a gallon barrel of oil creates 19.4 gallons of gasoline. The rest (over half) is used to make the following unneeded products that citizens may not realize are destroying the planet:

Pretty much everything produced by man includes or requires petroleum products. By banning the production of oil and gas and the products made from it, the Biden administration will clearly achieve the Left’s goal of reducing greenhouse gas emissions by 50-52% by 2030 compared with 2005 levels.

President Biden, banning all oil and gas production will make you the most Transformative President in U.S. history. You will achieve every goal of the radical Left.  With the banning of these 6000 products and items, there will be little work for the masses. This will allow you to print more and more money and distribute it quickly since you only need electrons. Please, however, use the electrons quickly since the grid is likely to go down.

The Left’s economists that preach Modern Monetary Theory will praise you on every street corner since there will no longer be television interviews due to the ban on the materials needed to produce the sets. Unfortunately, since there will be almost nothing to purchase, putting money in bank accounts will be a “futile and stupid gesture.”

After a while there will be massive food shortages and a great loss of life, that is the goal of the radical environmental movement. One of its great thinkers, Jacque Yves-Cousteau, stated – “It’s terrible to have to say this. The world population must be stabilized and to do that we must eliminate 350,000 people per day. This is so horrible to contemplate that we shouldn’t even say it. But the general situation in which we are involved is lamentable.”

Finally, without Americans having access to industrial production, energy, and food, China will be the world superpower since it will not follow the U.S.’s lead on meeting climate goals. Ignore the grim news however, this is a fabulous opportunity for your son, Hunter. He will likely receive a very large bonus from the Chinese for giving you sound advice on transforming the U.S. By taking Hunter’s advice, Mr. President, you will be in all the history books as the most transformative ruler in the history of the world. You will exceed Nero; it took him 14 years to collapse the Roman Empire. You will collapse the U.S. in four—a remarkable record, and one worthy of a Nobel Prize.

Bye, Bye American Pie. There is nothing more to divide!

Mostbet: an overview of the bookmaker in Turkey