Pulling out when you’re in the middle of action is a difficult thing for a lot of people. But here are 5 reasons why it’s often a good idea.

1) The Prospect of Financial Ruin

The financial burden, especially over many years can be detrimental. In fact, this was a major (but underplayed) factor in the collapse of the Soviet Union.

At the time, the thought of the Soviet Union collapsing was unimaginable when they invaded Afghanistan. The cost of their foreign occupation was too big, especially combined with trade embargoes from nations who rebuked the occupation.

To date, America’s War on Terror has cost nearly $6 Trillion. Most people lose concept of a number’s value in the millions, let alone billions; forget trillions.

Put it this way. The GoFundMe to build Trump’s wall has raised about $17 Million in about 9 days. As far as crowd funding is concerned, this is relatively successful, and 17 Million is a number we understand, even though it is more money than most of us will ever see in our lives.

The goal is $1 Billion for the crowd fund. So far, they have raised 1.7% of their goal. It has also been slowing down, so I honestly will be surprised if they manage to raise 2.5% of their goal. This large $17 million number which we all can comprehend, is 0.0000028% of what we’ve spent on the War on Terror.

At this point, pulling out seems like a great idea.

2) You Can’t Provide The Needed Stability

The power vacuums that are created through toppling leaders tend to be filled with violent and unsavory people. As we saw in Iran when we engaged in regime change, or in Iraq, Libya (where they now have an open slave market), the most brutal people are going to win the struggle for power created by a vacuum.

If the goal is making a bad situation the worse, American Interventionism has a rich post WWII record of Mission Accomplished.

Many have been calling for similar regime change to be implemented in Syria, and for America to topple Assad. Based on painfully obvious history, Trump’s decision to pull out all of the American troops from Syria is a very wise decision.

3) More Time With Friends And Family

This is a concept most people understand, but it’s worth reiterating that active duty troops had friends and family before they deployed, and even before they joined the military altogether.

Let this sink in: there were War Hawks complaining about service members coming home in time for Christmas, and they were vocal about this just before Christmas. These are probably the same people who share those tear jerking videos on Facebook of military members coming home and surprising their loved ones.

What a time to be alive.

4) Some Things Just Aren’t Your Problem

It may sound like a harsh statement, especially when pictures of kids in Aleppo tug at your heartstrings.

Yet, atrocities happen every day. Even worse atrocities which you don’t hear about in countries like Yemen. So why did the media show you Aleppo, but nowhere in Yemen?

It’s because regime change for Syria is a narrative goal, while what’s happening in Yemen is being carried out by our ally Saudi Arabia. The media’s narrative has nothing to do with morality, and everything to do with advancing action in Syria. Even after the brutal Khasshogi murder, the media is still careful not to mention Yemen.

Today I condemned the war and growing humanitarian crisis in Yemen and urged support for S.J. Res. 65. Unfortunately, the Senate voted against taking a stand to help stop the loss of innocent life. Read more here: https://t.co/Lzw81u4Wp5 pic.twitter.com/W7d0d403zq

Especially when American Interventionism has such a track record for turning problems into bigger problems, longer problems, and more expensive problems on the backs of American taxpayers, sometimes not making it your problem is in the best interest of all parties.

5) Take Time To Focus On You

I am a huge fan of the concept of America First. Granted, this excludes protectionist policies like the wall, and tariffs which will raise the price of steel for the wall. But overall, America needs a period of self investment and self improvement.

Why can’t we save money on rebuilding infrastructure by contracting this to the Army Corps of Engineers and having military complete the improvements? It makes much more sense to complete these projects with existing payroll without adding new contractors onto payroll.

I know it may not be the most glamorous idea ever, but surely, it’s better than dying, being an amputee, or being medicated for PTSD the rest of your life. Unlike executing the failure idea of regime change, bettering our nation actually serves the interests of the nation you’re supposed to be serving. 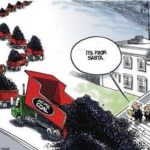 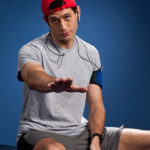 […]although internet websites we backlink to below are considerably not associated to ours, we feel they may be actually really worth a go by means of, so have a look[…]