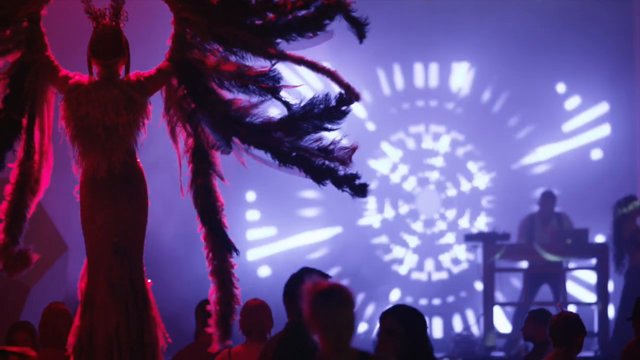 New York City isn’t called both “The City that Never Sleeps” and “The City of Dreams” for no reason. People from all over the U.S. and the world come here with their own dreams. But they also bring their own culture and flavour to “The Capital of the World”.

But NYC only assimilates the numerous new elements that enter it and maintains an aura, a story, that’s unique only to itself. The theatres where people enjoy a show or two, the Central Park where get in touch with nature and themselves, the casinos where people play Roulette game, and the restaurants where people can enjoy all kinds of cuisine all contribute to that aura, but a significant part of its aura comes from the happening music scene in NYC.

NYC boasts of probably the best music shows on the planet, and if you’re a fan, here are 5 must-visit annual music festivals in NYC.

Originally inspired by the documentary Afro-Punk that explored the space for African-Americans in the predominantly white punk scene, the Afropunk Festival was launched at the Brooklyn Academy of Music (BAM) in 2005.

Over time, the Afropunk Festival has expanded to celebrate many aspects of black music and culture, from hip-hop to soul, Afrofuturism to even fashion. The 2019 lineup of the festival included Soulectin, DJ Momma, Bae Bae, J.I.D, burnt Sugar, Jill Scott, Red Arkade, Rudeboys, and many more.

The multiday festival has since become so popular that it’s launched additional annual events apart from Brooklyn — in Atlanta, Paris, London, and Johannesburg.

Another Brooklyn original, the Northside Festival recognizes the creativity and innovation that’s come through the Williamsburg, Bushwick, and Greenpoint neighbourhoods. Launched in 2009, it focuses on innovation, art, and music (though mainly indie), the event attempts to cultivate a sense of shared purpose and community among the widespread gentrification in these communities.

If you’re a fan of electronic music, you might sometimes feel left out at big music festivals where DJ sets are often far from the main stage. That’s certainly not the case at Electric Zoo. Spread out over multiple stages over Randall’s Island, Electric Zoo is entirely dedicated to electronic music.

Partly inspired by the cancellation of Kanye West’s set at the 2016 Governors Ball as a result of heavy rain, the Meadows Music and Arts Festival was launched in 2016. It’s held at CitiField in Queens, the inaugural festival was headlined by J. Cole and Kanye West.

The next year, in 2017, the lineup was highlighted by Jay-Z, Gorillaz, Future, Erykah Badu, Red Hot Chilli Peppers, and Nas. Attendees can expect plenty of food and beverage option along with the entertainment. Though the event is not yet a regular in NYC, if it becomes, the Governors Ball and The Meadows could wind up as bookends to NYC’s summer live music calendar.

Launched by the organizers behind Coachella in 2016, Panorama is NYC’s another big three-day summer music festival held at Randall’s Island. It’s known for some of the biggest names in pop, hip-hop, rock, and electronic music. This year’s lineup consisted of The Weeknd, Janet Jackson, The Killers, The XX, Odesza, David Byrne, Fleet Foxes, Gucci mane, St. Vincent, SZA, Migos, Father John Misty, The War on Drugs, and Dua Lipa.

Apart from music, Panorama offers plenty to do on Randall’s Island between sets including interactive tech showcase, pool parties, and, of course, the opportunity to sample a variety of products from festival partners.

What types of radios are there?