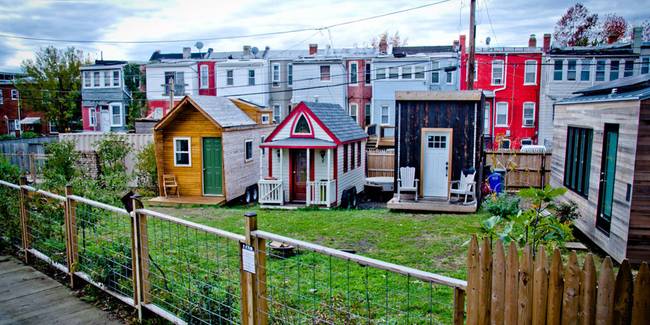 Washington, D.C. officials are discussing an array of affordable housing plans that will cost taxpayers millions of dollars.

The D.C. Council held a hearing Monday for a $50 million proposal to build 1,000 tiny homes around Washington that would provide affordable housing to the impoverished, elderly, millennials and minimum wage workers.

Mayor Muriel Bowser separately announced Friday twelve affordable housing initiatives that will be implemented across the city and carry an estimated price tag of $217 million. Washington, D.C. and the federal government will be paying for roughly 40 percent of this project’s costs — roughly $90 million — primarily through the Housing Production Trust Fund, reports Washington City Paper. Bowser committed $100 million to the housing trust in her first budget last year.

“This effort makes good on Mayor Bowser’s pledge to use those dollars for the production, preservation and protection of affordable housing,” read a statement from the mayor’s office.

Both plans have been criticized for their immense costs, especially the tiny house initiative proposed by Councilman Vincent Orange. Orange’s plan, discussed in a hearing Monday, calls for 125 of these tiny homes be built in every ward in the city and be priced at $50,000. His bill requires that they be 600-square-feet and have a bathroom, kitchen, electricity, plumbing and be stationary, reports WJLA.

The financing of the bill requires amending the Housing Production Trust Fund Act of 1988, which some council members expressed concern over. Mina Marefat, head of design research at the American Institute of Architects, brought up current housing conditions as another fear with the plan, and asked what would stop someone from purchasing a home for $50,000 and then flipping it for a profit.

“There is the potential to increase costs of housing instead of alleviating it, which underlines the importance of regulations,” Marefat said.

The issue of fairness was also brought up by council members who worry Orange’s eligibility requirements are handpicked and could hurt people the bill intends to help.

Briane Cornish, a witness at the hearing, took specific exception to the provision allowing millennials to qualify for these tiny homes. She argued that millennials in better financial situations could benefit from the houses at the expense of those who really need the assistance, reports the Washington City Paper.

“You are running the risk of perpetuating income inequality in this city,” she said.

Orange admitted that his plan has flaws and is in need of reform, but defended the millennial provision, citing it as a key component.

“I have a commitment not just to the living and minimum wage population but to the millennials as well,” Orange said Monday. “We need our young brains to be in the District of Columbia.”

Orange also acknowledged that the tiny home initiative, if made viable, would only scratch the surface of what affordable housing proponents wish to accomplish. Bowser’s plan will move forward, and supporters claim it will benefit roughly 1,800 residents of the city.