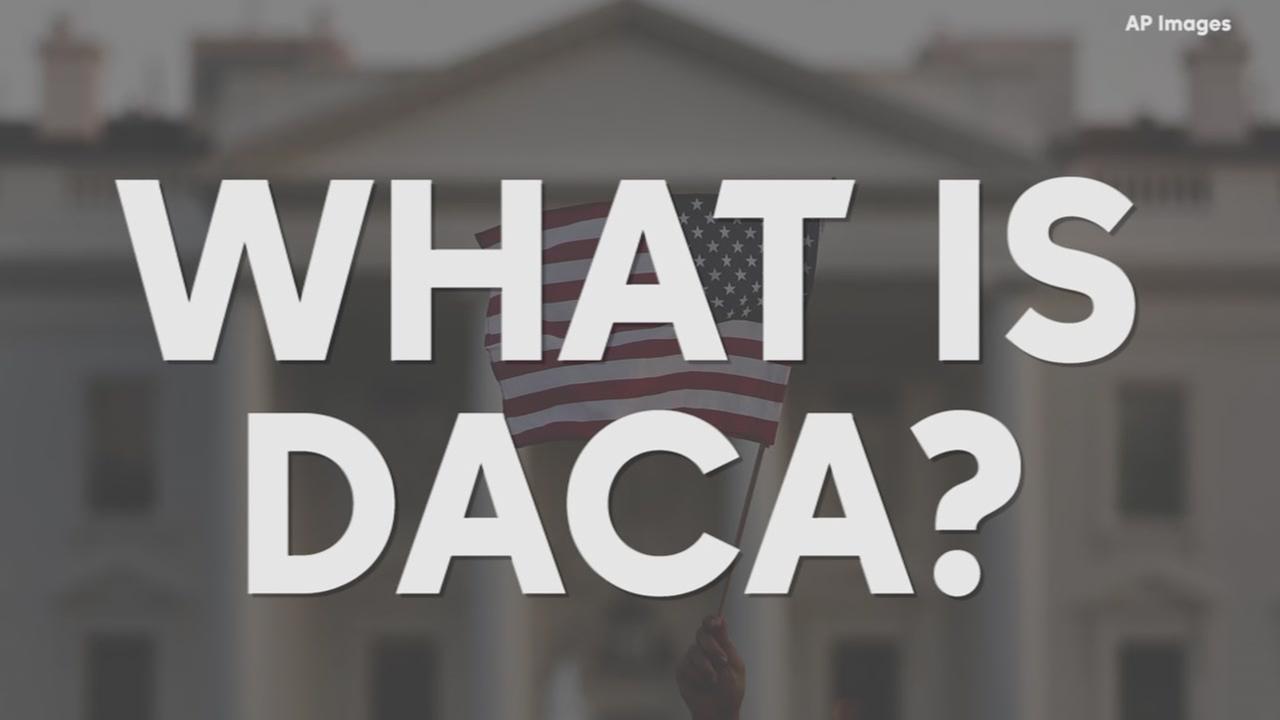 DACA has been dominating political news recently. Although there may be many angles and spins used by pundits, we should first familiarize ourselves with the basics.

1. Obama didn’t actually have the authority to unilaterally institute it in the first place.

On the one hand, this can be seen as a classic case of legislating from the executive branch. After all, he merely… announced… the program into existence during a speech in the rose garden. He brazenly listed as a reason he created it unilaterally, that he had asked Congress to pass a bill addressing his priority and they refused to. That inaction from Congress somehow gave him the power to act without them.

In Obama’s defense, the DACA program does share many similarities with prosecutorial discretion. In essence, it could be argued that DACA is little more than a refusal to prosecute by prioritizing other crimes and directing resources to more important matters. This is a relatively common practice… for instance, a President might decide not to waste resources pursuing every individual pot user when doing so is a violation of federal law, and instead focus on other federal crimes that include things like the presence of a victim.

The question at hand is essentially whether DACA violated the “Take Care Clause” (“[The President] shall take care that the Laws be faithfully executed”) of Article 2, Section 3 of the Constitution, or whether this is akin to the implication of prosecutorial discretion implied, among other things, in the Presidential power of the pardon. Many who support DACA and oppose the President have made the comparison between the relative merits of mercy shown towards so-called “Dreamers”, and Trump’s pardon of Arpaio.

Among those who believe this was a case of the Executive branch writing legislation, there’s enough aspects of the program to point to, including an application process. Such a process requires funding, when Congress has both the sole power to pass legislation (which DACA does qualify as in nearly every respect) and the power of the purse. It could be argued that the program is primarily self-funded through application fees, but that argument essentially amounts to normalizing legal bribery. After all, those who are technically in violation of federal law are being asked to pay money to the executive in the hope that doing so will incentivize it not to prosecute. The money raised through application fees is designed explicitly to avoid Congressional funding.

It may not be a settled or easy issue to determine whether Obama had the authority to create this program in the first place, so what do the courts say? Well, an appeals court visited the issue, and offered a preliminary injunction blocking the program at least temporarily. Of course the Obama administration protested a challenge to it’s power and a reversal of it’s decree, and the case found it’s way to the Supreme Court in United States v. Texas. However, by the time it got there, Scalia was dead and Gorsuch had not yet been confirmed. SCOTUS was split right up the middle in a deadlocked 4-4 decision which let the lower court ruling stand. After the trial by the lower court, there is a chance it’ll end up back to the Supreme Court, where most expect Gorsuch to be the deciding vote striking it down.

It’s hard to view DACA as much more than an extension of the birthright citizenship debate.

As I understand the main competing arguments, one side says that children shouldn’t be held responsible or culpable as a minor for being brought here when they had no real control over the decision themselves.

The other side argues that such policies as birthright citizenship, and to a much lesser extent programs like DACA designed to protect these children, offer more incentive for non-citizen parents to choose illegal migration.

Before even looking into the numbers that say what effect these policies actually have on migration rates, the ways in which deportation punishes those who have only ever known our country… hell, even whether migration of families specifically is a negative or a net benefit to this country or issues of law about who sets immigration policy…

It seems the easy calculation is whether or not it’s worth punishing children (or adults brought here as children) for the actions of their parents in order to make America a less attractive option for others who might come illegally. It’s hard to view this as a hard choice, to decide whether or not such a price is actually worth it, and that’s even after the benefit of the doubt is given that such a disincentive structure is actually effective.

Conservatives often make the case, when it comes to issues related to welfare programs, that the individual should be given more credit. That when welfare spending is excessive, it breeds dependency in those who could otherwise be self-sufficient. That a lack of, not potential, but effort… can be found in some who are caught in a system which effectively helps to keep them poor rather than aid in lifting them out of poverty by perverting the incentive structure that would naturally be present in society and the market. In effect, excessive welfare is seen to subsidize poverty rather than alleviate or minimize it, precisely because individuals and non-government societal structures are more capable than they are given credit for.

If this is true, it can only ever apply to mentally competent adults who are expected to be able to achieve self-sufficiency. If most hindrances to growth are more akin to bad choices that the individual was responsible for, such responsibility cannot be transferred to children and blame cannot be inherited. In other words, the sins of the father should not be visited upon innocent children.

Similarly, children should not be punished for their parent’s crime of violating immigration law, because it was not a choice they made or one they can be justly held responsible for. If the downside of refusing to punish children (or those who came here as children and therefore aren’t responsible for their own migration), who have as a condition of program eligibility committed no crime themselves outside of not leaving the only home many of them have ever known, who are enrolled in school or the military… is that there may be some ancillary effects that slightly increase migration flows? I fail to see how that price is worth the cost, regardless of how one feels about immigration policy in general.

3. With Trump giving a six month window for shutting it down, Congress has the opportunity to do the right thing the right way.

Trump’s Twitter proclamation about the six month delay is pretty clear… “Congress, get ready to do your job – DACA!”

Assuming that one agrees both that Obama did the right thing, and that he did so in the wrong way, Trump’s decision both to end it and to give Congress time to give a legislative fix represents an opportunity. Not only to save the program, but to legitimize, codify, and cement the program into something not dependent solely upon Presidential discretion. After all, any executive program merely declared to exist can declared to be ended with words from a future President.

It seems likely that had Trump done nothing, DACA may have been undone by the courts, which would have ended the program without allowing or encouraging any actual replacement. Such a change could have been highly disruptive, affecting those members with a reasonable expectation of enjoying the program’s guarantees.

This program is popular enough to enjoy support nearly unanimously from Democrats, and it seems many on the right support it as well. Support for such a policy would start in the House, where the Speaker has specifically voiced interest.

Paul Ryan has said “It is my hope that the House and Senate, with the president’s leadership, will be able to find consensus on a permanent legislative solution that includes ensuring that those who have done nothing wrong can still contribute as a valued part of this great country,” Calling for a “permanent legislative fix”, Ryan went on to signal “At the heart of this issue are young people who came to this country through no fault of their own, and for many of them it’s the only country they know. Their status is one of many immigration issues, such as border security and interior enforcement, which Congress has failed to adequately address over the years,”

On the Senate end, there have already been several bills introduced to address “Dreamers”. However, the White House has already signaled opposition to some of them.

4. This doesn’t guarantee they will.

Regardless of how much sense such a program makes, or what words are said, neither are much of a guarantee judging by recent Congressional history. After Republicans running for years nearly solely on Obamacare repeal, they have not been able to get anything done even once they held both houses of Congress, the Presidency, and the Supreme Court.

Libertarians are not “Atomistic”