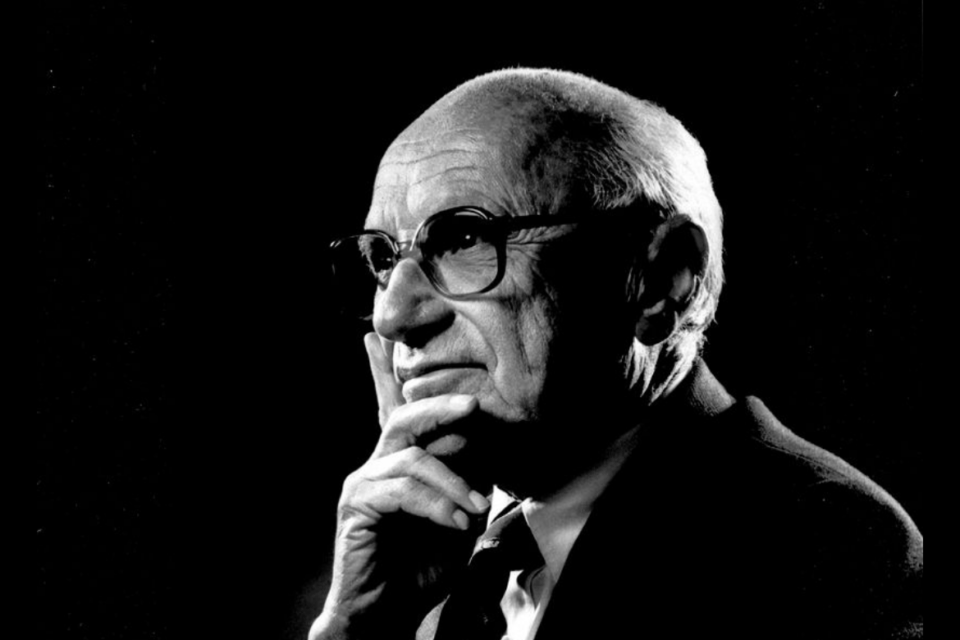 American economist Milton Friedman rose to prominence in the second half of the 20th century as one of the leading critics of the prevailing economic theories of John Maynard Keynes, whose mixed economy model became the standard for many developed nations during and after the World War II-era.

Born in Brooklyn to a Jewish family of modest means in 1912, Friedman distinguished himself scholastically at a young age. After graduating high school at age 16, he attended Rutgers University where he studied math and economics. He continued his education at the University of Chicago, where he received an MA in economics and would ultimately retire in 1977 after more than 30 years of teaching—a year after receiving the Nobel Prize for his contributions to economic science. Friedman continued writing and speaking publicly through various mediums—magazine columns and television, academic journals and newspaper op-eds—until his death in 2006.

The Economist has described Friedman as “a giant among economists” and “the most influential economist of the second half of the 20th century.” Here are 12 things he said to serve as food for thought:

1. “Underlying most arguments against the free market is a lack of belief in freedom itself.” – >Capitalism and Freedom (2002)

2. “I’m in favor of legalizing drugs. According to my values system, if people want to kill themselves, they have every right to do so. Most of the harm that comes from drugs is because they are illegal.” – As quoted in ‪If Ignorance Is Bliss, Why Aren’t There More Happy People? (2009)

3. “With some notable exceptions, businessmen favor free enterprise in general but are opposed to it when it comes to themselves.” –Lecture “The Suicidal Impulse of the Business Community” (1983)

4. “It’s a moral problem that the government is making into criminals people, who may be doing something you and I don’t approve of, but who are doing something that hurts nobody else.” – America’s Drug Forum interview (1991)

5. “One of the great mistakes is to judge policies and programs by their intentions rather than their results.” – Interview with Richard Heffner on The Open Mind (Dec. 7, 1975)

6. “You must distinguish sharply between being pro-free enterprise and being pro-business.” – Big Business, Big Government (1978)

8. “Governments never learn; only people learn.” – As quoted in The Cynic’s Lexicon: A Dictionary Of Amoral Advice‎ (1984)

9. “We have to recognize that we must not hope for a Utopia that is unattainable. I would like to see a great deal less government activity than we have now, but I do not believe that we can have a situation in which we don’t need government at all.” – As quoted in The Times Herald, Norristown, Pennsylvania (Dec. 1, 1978)

This article is republished from Intellectual Takeout. 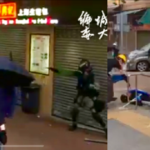 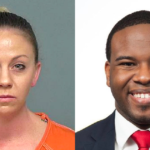