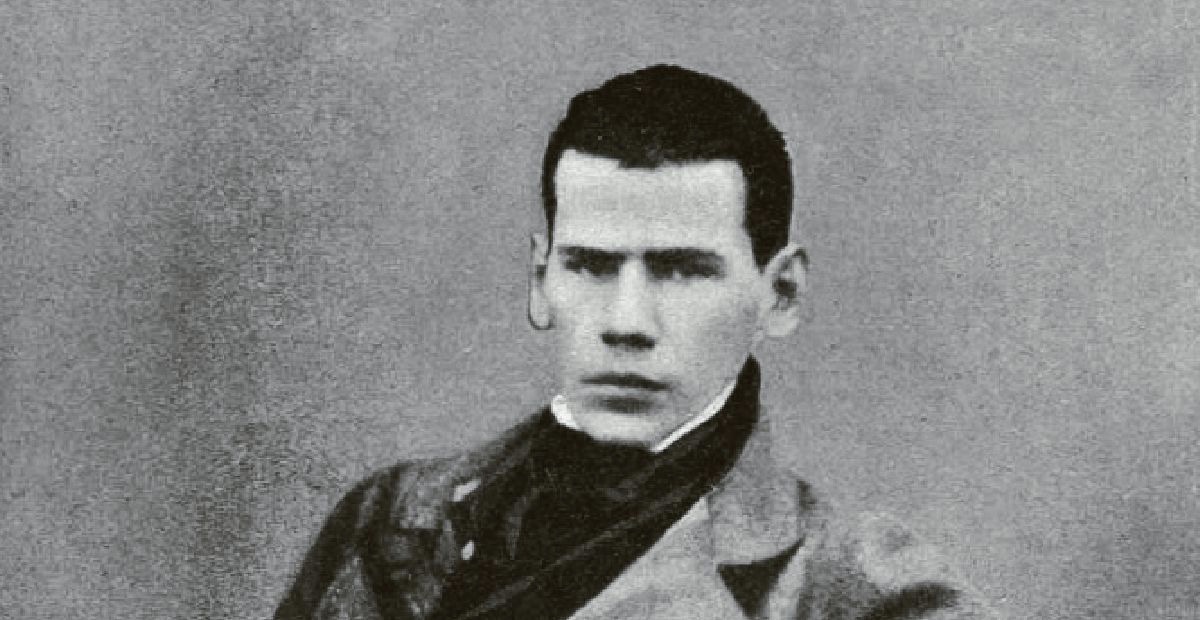 Tolstoy was born on a small family estate in Tula, Russia, an industrial city about 100 miles south of Moscow. The fourth of five children, Tolstoy studied law and languages at Kazan University, but he was a poor student and abandoned his studies to travel and write. He published his first novel in 1852, but his life of leisure was interrupted by the Crimean War.

Following the war, a conflict in which Tolstoy served as an artillery officer, he traveled to Europe, where he met a number of other literary figures, including Victor Hugo. (Hugo’s 1862 novel Les Misérables would inspire Tolstoy’s most famous work, War and Peace.)

Tolstoy is best remembered for his voluminous masterpiece novels, Anna Karenina and the aforementioned War and Peace (1869). Writers from Dostoevsky to Virginia Woolf declared Tolstoy “the greatest of all novelists.” Yet, in quantity, at least, Tolstoy’s philosophical works rivaled his fiction. He wrote no fewer than 50 such pieces—works that explored life, faith, government, violence, truth, and love. His ideas reflect a blend of Christian pacifism, asceticism, and anarchism.

Below are 12 selected quotes that reflect his ideas, which remain relevant today.

1) “All violence consists in some people forcing others, under threat of suffering or death, to do what they do not want to do.” – The Law of Love and the Law of Violence (1908)

2) “The most difficult subjects can be explained to the most slow-witted man if he has not formed any idea of them already; but the simplest thing cannot be made clear to the most intelligent man if he is firmly persuaded that he knows already, without a shadow of doubt, what is laid before him.” – The Kingdom of God Is Within You (1894)

3) “In all history there is no war which was not hatched by the governments, the governments alone, independent of the interests of the people, to whom war is always pernicious even when successful.” – Christianity and Patriotism (1895)

4) “Amid this life based on coercion, one and the same thought constantly emerged among different nations, namely, that in every individual a spiritual element is manifested that gives life to all that exists, and that this spiritual element strives to unite with everything of a like nature to itself, and attains this aim through love.” – A Letter to a Hindu (1908)

6) “Not only does the action of Governments not deter men from crimes; on the contrary, it increases crime by always disturbing and lowering the moral standard of society.” – The Meaning of the Russian Revolution (1906)

7) “Progress consists, not in the increase of truth, but in freeing it from its wrappings. The truth is obtained like gold, not by letting it grow bigger, but by washing off from it everything that isn’t gold.” As quoted in Tolstoy’s Diaries (1985)

8) “The Anarchists are right in everything; in the negation of the existing order, and in the assertion that, without authority, there could not be worse violence than that of authority under existing conditions. They are mistaken only in thinking that Anarchy can be instituted by a revolution….[It] will be instituted only by there being more and more people who do not require protection from governmental power, and by there being more and more people who will be ashamed of applying this power.” “On Anarchy,” in Pamphlets (1900)

9) “The hero of my tale, whom I love with all the power of my soul, whom I have tried to portray in all his beauty, who has been, is, and will be beautiful, is Truth.” – Sevastopol in May (1855)

10) “Understand then all of you, especially the young, that to want to impose an imaginary state of government on others by violence is not only a vulgar superstition, but even a criminal work. Understand that this work, far from assuring the well-being of humanity is only a lie, a more or less unconscious hypocrisy, camouflaging the lowest passions we possess.” – The Law of Love and the Law of Violence (1908)

11) “I know that most men—not only those considered clever, but even those who are very clever and capable of understanding most difficult scientific, mathematical, or philosophic, problems—can seldom discern even the simplest and most obvious truth if it be such as obliges them to admit the falsity of conclusions they have formed.” As quoted in What Is Art and Essays on Art (1930)

12) “I have now understood that though it seems to men that they live by care for themselves, in truth it is love alone by which they live. He who has love, is in God, and God is in him, for God is love.” – What Men Live By (1881)

Reach him at [email protected]

Good Money, Bad Money – And How Bitcoin Fits In

Potpourri of Liberty: The Many Weird and (Mostly) Wonderful Flavors of Freedom

Love is Patient: A Mother’s Day Tribute to My Wonder Woman