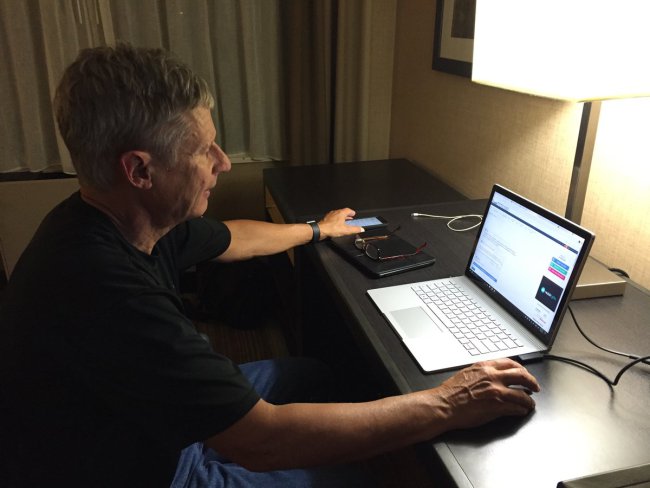 Several months after earning the Libertarian presidential nomination for a second time, Gary Johnson awaits news on perhaps an ever more important front: his pending Facebook friend request to former Congressman Ron Paul. The former New Mexico Governor is also awaiting an acceptance to get into the secret “Former Libertarian Presidential Nominees” group, of which Paul is an administrator.

Pressed for comment, Johnson assured interviewers that it was a mere oversight on Paul’s part. Since sending the request in January, the current LP nominee has messaged Dr. Paul on three different occasions. The first message read “Hey Ron! Just seeing if you got my friend request!” The next said only “Taxation is theft, amirite? Lol.” Finally the most recent asked Paul if he would be interested in going to see the new movie Snowden.

Though each message contains a “seen” receipt, Johnson assured those inquiring that the messages must have gotten lost in Paul’s “other” box. Some have speculated that perhaps Paul is dismayed that Johnson changed his relationship status to “on a presidential ticket with Bill Weld.”

Nonetheless, Johnson and Paul like many of the same Facebook interests, like “Bicycling,” “End the Fed,” and “Puppies.” That notwithstanding, their interactions on the social media platform have been few and far between. The most recent came when Johnson “checked in” at a Cheesecake Factory restaurant in August with running mate Weld. Paul commented only “#BakeTheCheesecake.”