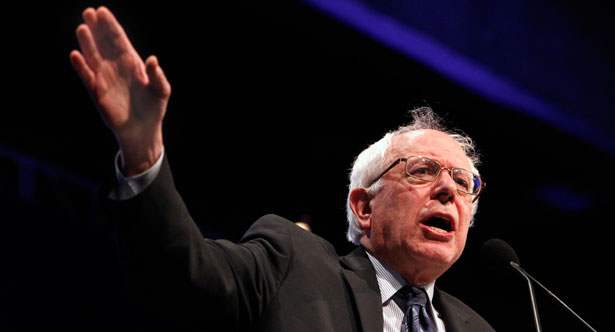 Presidential candidate Bernie Sanders (D) has said that socialist policies characteristic of countries like Sweden should be implemented in the U.S.

As a Swede, I would strongly advise against this.

The worldwide socialist movement praises the Scandinavian countries for their high living standards and welfare. Easy to do for someone who has never lived in Sweden or read a book on Swedish history.

First off: The success of Sweden predates the welfare state. In reality, the economy began to fall behind in the 1960s when the state rapidly expanded. Moreover, Sweden enjoyed the highest growth in the industrialized world between 1870 and 1936 – between 1936 and 2008 the rate dropped down to number 13 out of 28 industrialized nations.

RELATED: Bernie Sanders Leads To the Road to Serfdom [PODCAST]

The Swedish-Kurdish scholar Dr. Nima Sanandaji has written all about this in his book Scandinavian Unexceptionalism, published by the Institute of Economic Affairs. Not only did it hurt our economy, the growth of our welfare state has also made our social capital deteriorate. A study by the OECD, mentioned in Scandinavian Unexceptionalism, calculated the share of GDP spent on disability and sickness programmes and it showed, with the exception of the Netherlands, that the five Nordic countries spend more than all other OECD-countries.

The grand welfare state – built on the idea that someone else picks up the bill – has also influenced the way people view society and morality. The change is noted by the World Values Survey: 82 percent of Swedes agreed in the 1981-84 survey with the statement “claiming government benefits to which you are not entitled is never justifiable’”. Thirty years later only 55 percent of Swedes believed that it was never right to claim benefits to which they were not entitled (Sanandaji, IEA, 2015).

A thriving economy, morality and a good business climate is incompatible with socialism. Only two of the 38 most successful privately owned Swedish companies were established after 1970. Today Sweden slowly moves away from the old ways, but someone who makes 2,500 USD a month will still pay 1,000 USD out of that in taxes, and on top of that 25 percent VAT. Third-way socialism (market socialism) might look good on paper, but when people lack ownership over the wealth they create, productive people will either leave or do something else.

However, living in a socialist country has other side-effects other than just hurting prosperity and growth. By giving away the money one creates, the power to make decisions over one’s life is also abandoned.

Imagine living in a country where it is illegal to homeschool your child? We’re also high on other government monopolies: you can only buy beer and wine in the state-owned stores. They are closed Saturday 3 pm until Monday 10 am and have a worse selection than your local Kroger. Horse racing? A state-controlled monopoly. To sum it up: Even our pharmacies were nationalized in the 1970s, and when we deregulated the market in 2008, only Sweden, North Korea and Cuba had a government monopoly for pharmaceutical retailing.

“The education of all children, from the moment that they can get along without a mother’s care, shall be in state institutions.”
– Karl Marx

They don’t ever just take your money. Sweden strives to be the most equal country on earth, and the politicians won’t let anything stand in the way. An important part is the almost free (a Swedish word in Swedish for “someone else pays”) daycare for children. Since it’s all distributed by the government, politicians decides the curriculum as well as the values taught. There’s even been discussions about making daycare mandatory.

What is the core of living in the country of equals? Never believe that you are better than anyone else. In all Scandinavian countries we have the Law of Jante: the idea that individual success and achievement is unworthy and inappropriate.

As a young girl growing up in Sweden, I always looked towards the United States for hope and inspiration. A country founded on the principles of freedom and self-ownership. A country where the people were not supposed to serve the government, but the other way around.

When I hear Bernie Sanders speaking about socialism, I am reminded of the words of Thomas Jefferson: “The natural progress of things is for liberty to yield and government to gain ground”. I advise you to protect your rights and run as far away as possible from candidates who advocate socialism.

Bio: Alexandra Ivanov is a Swedish opinion leader and chairwoman of The Confederation of Swedish Conservative and Liberal Students. She has previously worked at the Swedish think tank Timbro and the Swedish Taxpayers association.

Marine Corps Vet Fights Off Bear With His BARE HANDS