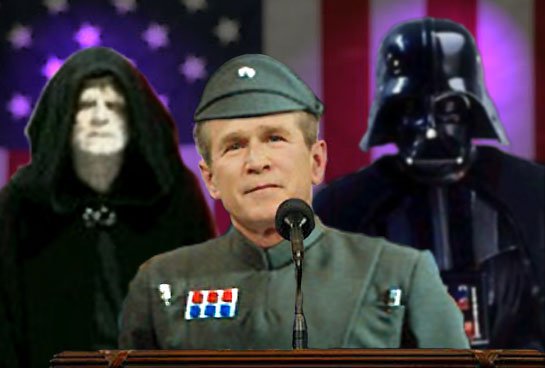 A research group conducted an international study among college students, asking them to rank 40 historical figures positively or negatively. The study is called “‘Heroes’ and ‘Villains’ of World History Across Cultures.” In the final ranking, former US President George W. Bush was ranked as the 4th most evil, more villainous than Vladimir Lenin, Joseph Stalin, and Mao Zedong.

The study’s authors concluded that “the impact of time could clearly be seen.”

“For example, the very recent figure of George W. Bush was rated as more negative than Stalin, who was responsible for innumerably more deaths. The effects of temporal distance can also be seen from the almost neutral rating received by Genghis Khan, which is not the result one might have expected given the amount of human suffering and cultural destruction he unleashed on the 13th century.”

Now, however one may feel about Bush Jr., the claim that he was more evil than Stalin or Mao seems a bit of a stretch.

On average, sources say anywhere between 30-55 million deaths were directly linked to the policies of Stalin during his time as leader in the Soviet Union. His biggest offensives include Gulag camps, the Great Terror initiative, and his agreement to a non-aggression pact with the nazis.

One step more heroic than Stalin, according to the study, is Mao, former leader of the People’s Republic of. Mao, undisputedly, is responsible for more civilian deaths than any political leader in history. But dammit, he’s still better than Bush, says the world.

Studies link 50-80 million deaths to Mao’s time as dictator. Mao’s cult of personality included social programs like the Great Leap Forward and the Cultural Revolution, which resulted in famine, social unrest, mass civilian murder, and all the other rainbows and unicorns that come along with a communist regime.

So, debate the Iraq and Afghanistan wars all you want, but give the poor guy some credit for lowering taxes on the middle class and leading a tireless, personal effort to combat HIV/AIDS and Malaria in Africa.

But I mean, if you think he’s worse than 75 million dead… whatever, so does everyone else.

FACT CHECK: Did Obama Say That Illegal Immigrants ‘Disrespect The Rule Of Law’?