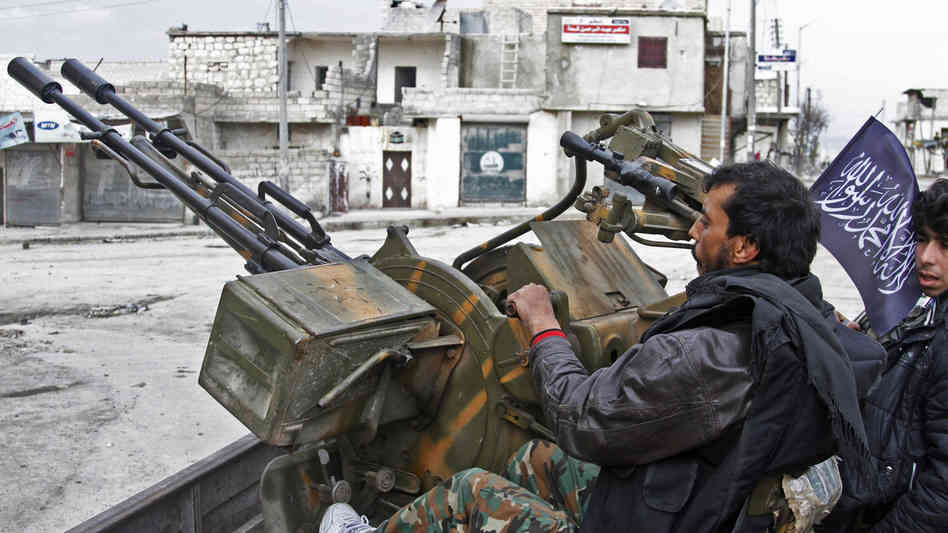 The Central Intelligence Agency may ramp up efforts in Syria by supplying rebels with high-powered anti-aircraft weapons, which can target Syrian regime and Russian aircraft.

Plan B is supposed to provide a backup to rebels in case the increasingly unstable ceasefire agreement with the regime breaks down, U.S. officials told The Wall Street Journal. The idea of Plan B is also to issue Russia an indirect warning: If the Kremlin decides to hit rebel forces hard, these same rebel forces will be able to hit back.

These moderate rebel forces would additionally be able to fend off artillery strikes from forces loyal to the Syrian regime, even if Russia elects not to re-enter the picture.

Part of the reason Plan B is now being brought to the forefront is because U.S. intelligence officials think a full breakdown in the ceasefire may be imminent.

“If the cease-fire collapses, if the negotiations don’t go anywhere, and we’re back to full throttle civil war, all bets will be off,” an Obama administration official told The Wall Street Journal. “The outside patrons will double and triple down, throwing everything they can into Syria, including much more lethal weaponry.”

But despite occasional shots back and forth, the ceasefire has been remarkably successful, much more so than anticipated by Washington, which has allowed for Russian and U.S. diplomats to work on drafting a new constitution for Syria. President Bashar al-Assad’s future fate in Syria is unknown, but the Russians have in the past pushed for him to remain in power. The Obama administration, while at first appearing to give in to Russian demands on this front, has clarified it wants Assad to leave at some definite point in time, though it doesn’t necessarily have to be immediately.

This isn’t the first time there’s been word of the Obama administration shipping over heavy weapons to Syrian rebels. The Sunday Times of London back in 2012 reported on the existence of a secret operation to buy weapons from then-dictator of Libya Muammar Gaddafi and place them in the hands of rebels bent on taking out the Assad regime.