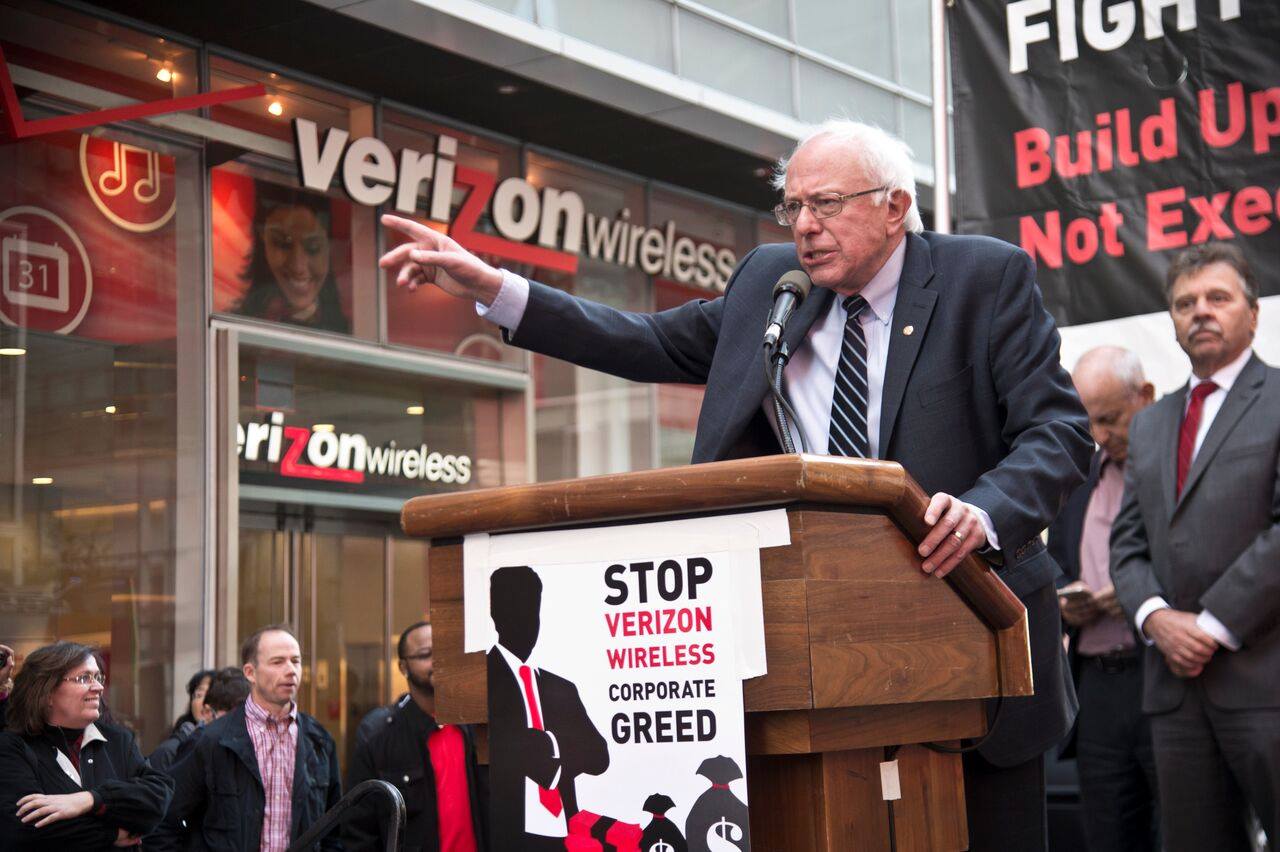 Democratic presidential candidate Sen. Bernie Sanders and his campaign have paid six-figure sums for Verizon services despite protesting against the company, according to reports Wednesday.

Sanders has denounced Verizon on numerous occasions during the election over an ongoing labor dispute. Workers went on strike Wednesday after almost a year of troublesome contract talks. Federal Election Commission records show his campaign has paid more than $130,000 to Verizon since last year, reports The Washington Free Beacon.

“Verizon wants to take American jobs,” Sanders said during a speech in early April. “We are going to have to deal with this corporate greed, which is more concerned with compensation packages for CEOs than about the needs of hard working people who want nothing more than to be able to live in dignity and security and bring their kids up in a decent way.”

Verizon has supplied the campaign with Internet, cellphones and other services. The campaign has also paid $10,000 to rent out the Verizon Theatre in Texas for a rally Feb. 27. Sanders has been a loyal Verizon customer even before his White House run. His congressional campaigns paid a combined $34,000 to the company since his 2000 reelection bid.

Verizon has been negotiating since June, 2015, for a new contract to cover its unionized workers. The Communications Workers of America has thus far rejected every contract proposal with wages, overtime and outsourcing remaining primary points of contention.

The union attacked the company in an ad Aug. 9 claiming the company wants to outsource jobs to places like Mexico and the Philippines. The company reportedly also wants to utilize more contractors. Verizon says it’s the union which has been unreasonable during the contract talks.

“We’ve tried to work with union leaders to reach a deal,” Verizon Chief Administrative Officer Marc Reed said in a statement. “Verizon has been moving the bargaining process forward, but now union leaders would rather make strike threats than constructively engage at the bargaining table.”

Verizon also notes it has tried to preserve jobs despite what the union is claiming. The last contract proposal included a 6.5 percent wage increase, better healthcare coverage and an improved retirement plan. The company did not address the outsourcing accusations.

Senate Democrats have also weighed in on the dispute with a letter urging Verizon to negotiate a fair deal. The union notes the push to outsource more jobs and use more contractors comes despite the company making $39 billion in profits over the last three years.

The Sanders campaign did not respond to a request for comment by TheDCNF.