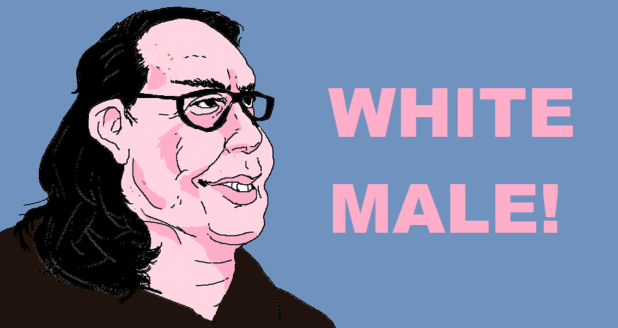 A spokeswoman for Washington, D.C.’s public school system tweeted Tuesday about her desire to “abolish” all white men.

The declaration by Hilary Tone, who works a day job as communications director for D.C. Public Schools, was prompted by president-elect Donald Trump’s selection of Rick Perry to lead the Department of Energy. Pointing towards Perry’s stated desire to abolish the department he’s been tapped to lead, Tone quipped that she would personally like to lead (and presumably also eliminate) the “Department of White Men.” 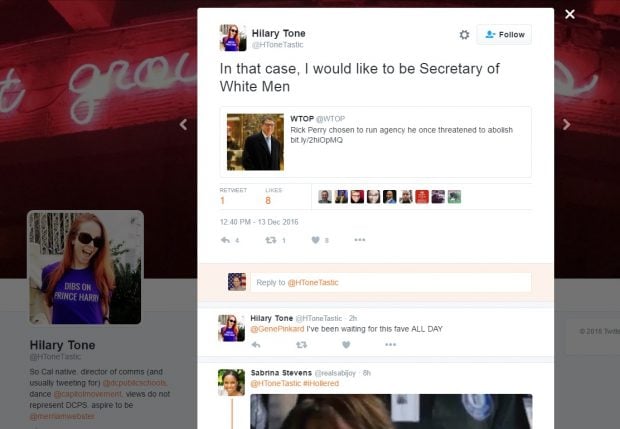 For good measure, Tone made a similar comment on her Facebook page, suggesting she wanted to “get rid of” all white men. 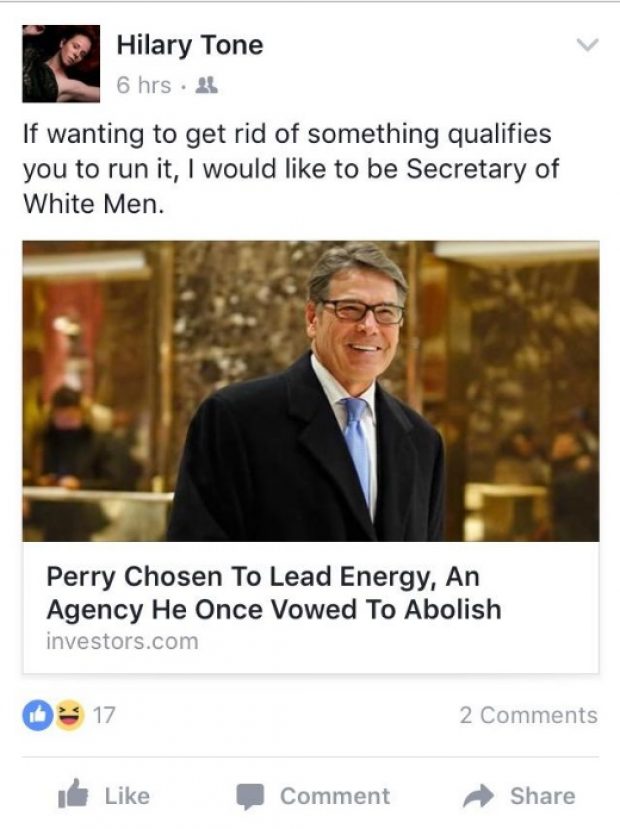 Thirteen percent of DCPS’s students are white. Assuming half of those white students are male, then DCPS is educating approximately 3,150 white men right now.

The Daily Caller News Foundation reached out to Tone for comment via email. She didn’t immediately reply, but did delete her original tweet shortly after being contacted. She then made a follow-up tweet apologizing for the “poor taste” of her original comment.

Hey Internet – upon reading my mentions, it occurs to me that my tweet about white men earlier today was in poor taste. My apologies.

US Admiral: US Stands Ready To ‘Confront’ China At Sea