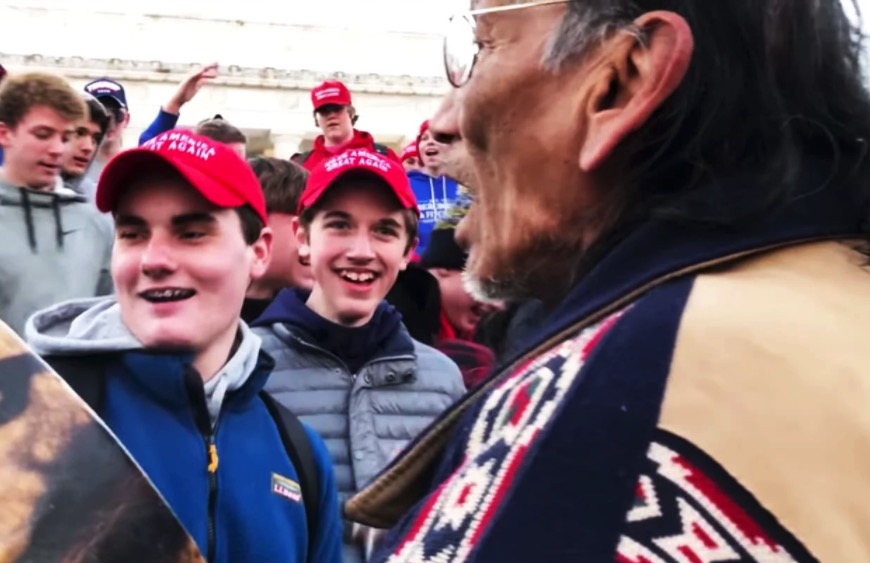 On Friday, a group of male students from Covington Catholic High School in Kentucky found themselves in the middle of a media firestorm after an initial video gave the impression that they had mobbed a Native American protester. Media figures, still reeling from the wave of criticism following the BuzzFeed News fiasco, smelled blood. Sure, the initial video didn’t show the students assaulting anyone, but that didn’t stop reporters, commentators and Hollywood celebrities from focusing on the smirk of a student in the video, which somehow triggered painful memories of lonely prom nights and failed junior varsity sport tryouts.

Of course, newer videos showed that the students were completely innocent. They were first taunted by a group of radical activists and the Native American protester approached them.

Even with this new information, CNN decided to report the story with the following headline:Video shows a crowd of teenagers wearing ‘Make America Great Again’ hats taunting a Native American elder after Friday’s Indigenous Peoples March at the Lincoln Memorial

BuzzFeed News Reporter, Anne Helen Petersen, made her colleagues proud by smearing one of the kids in the video and implied he had a future in sexually assaulting women. Petersen even acknowledged that other videos showed a completely different story, but that didn’t stop her diatribe about why a teenage boy’s face “caused a visceral reaction.”

Even The New York Times seemingly contradicted itself halfway through its own report:

The Atlantic’s James Fallows, just hours after the first video was released, wrote a bizarre column comparing the young boys to pro-segregation activists. Fallows seemed to even recognize that other footage might give a more complete picture of the incident, but he chose to brush this off as just “whatever happened.”

Other reporters, like The New York Times’ Jonathan Capehart, stood in solidarity with Phillips, while others like esteemed tech journalists Kara Swisher said this is exactly why Americans needed that insipid Gillette ad.

In fairness, a number of individuals apologized and shared the newer videos demonstrating the students’ innocence (which you can find in this piece by The Daily Caller’s Scott Morefield).

Despite these efforts, it’s important to keep in mind that the media’s efforts to tarnish the reputations of these innocent kids was being done while other social media users were encouraging violence and sending death threats.

One would think that following the fallout from the disputed BuzzFeed report, the media would take a minute before trying to ruin any more innocent lives, particularly when we’re talking about kids. Yet this whole episode makes one thing clear: Journalists aren’t willing to learn a thing.