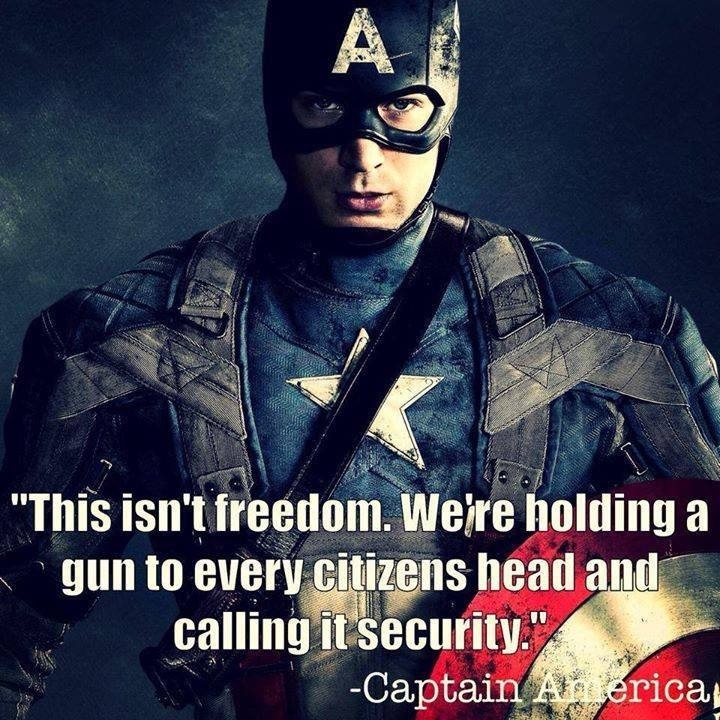 Any resemblance to real persons, living or dead, is intentional.

“Hydra” – the antagonists of the new superhero movie “Captain America: The Winter Soldier” – believe that a safe and orderly society must be maintained at any cost. Using cutting-edge, wide-area surveillance, they plan to obtain godlike omniscience – and use it to eliminate potential enemies of the state.

The plot of the film brings to mind President Obama’s push to dramatically expand Bush-era warrantless surveillance – and his eerie remark that “you can’t have 100 percent security and also then have 100 percent privacy and zero inconvenience. We’re going to have to make some choices as a society.”

It turns out that – despite the standard disclaimer in the film’s end credits – resemblance to real persons was intentional.

“We were trying to find a bridge to the same sort of questions that Barack Obama has to address,” says Joe Russo, co-director of “The Winter Soldier.”

“The plot for the movie was really inspired by President Obama’s kill list,” says New York Times writer Michael D. Shear. Shear says that the film illustrates how President Obama’s legacy will forever be defined by his ushering in of the all-seeing surveillance state.

The Russo brothers may not have known just how accurate the film would turn out to be. In 2012, we now know, police used high-powered aerial cameras to videotape the entire city of Compton – in minute detail – for periods of up to six hours. 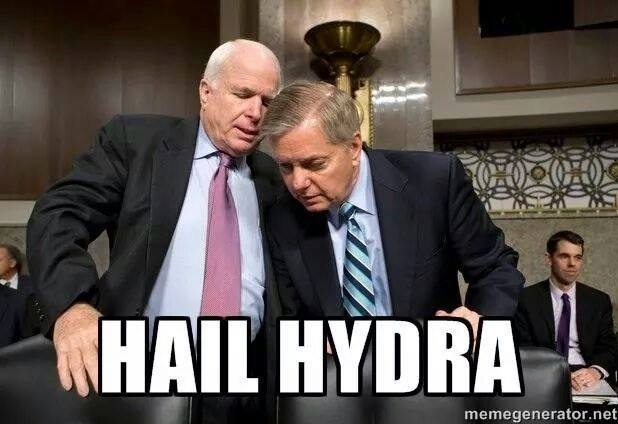 Cop Freaks Out and Arrests Man Filming Him (VIDEO)