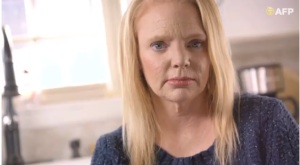 Emilie Lamb voted for Obama in 2012 hoping that Obamacare would benefit her. Now the 39-year-old suffering from Lupus has seen her premiums dramatically increase from $57 to $373 per month. She was recently the special guest of Rep. Marsha Blackburn (R-TN) during Obama’s State of the Union address.

Emilie was able to manage her condition fairly well before Obamacare was implemented. Now she has been forced to take a second job to cover the calculated $6,000 increase in out-of-pocket health care costs per year.

After her old policy with ConverTN was cancelled because of Obamacare, she had no choice but to purchase a more expensive plan. ConverTN requested a waiver from the federal government to grandfather her plan, but they were denied three times.

In a new ad for Americans for Prosperity, Emilie Lamb delivers a personal message of what Obama’s lies have done to her life.

“President Obama, you broke your promise, and people like me got hurt.”