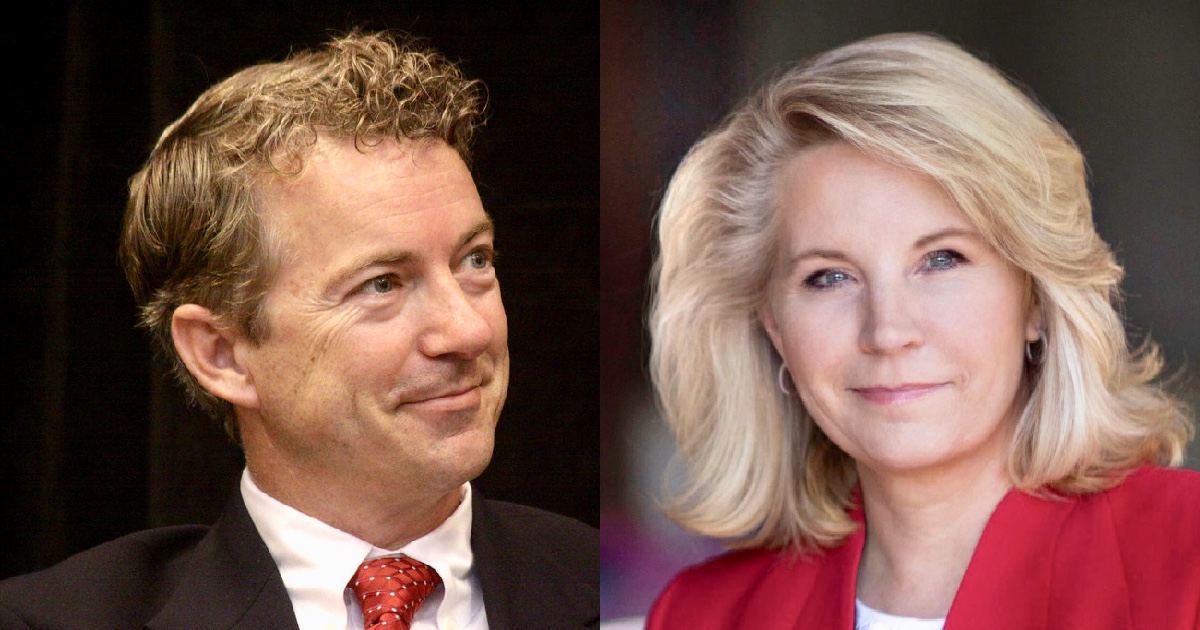 Liz Cheney and Rand Paul have been in a feud for years, and it seems increasingly apparent that the struggle is for the future direction of the party. Will it be Cheney’s interventionist conservatism? Or Paul’s libertarian brand of Republicanism?

Cynthia Lummis is a liberty Republican who was quickly endorsed by Senators Rand Paul and Mike Lee to run for the Senate seat being vacated by a Wyoming Republican. The Senate seat in Cheney’s home state would be a clear promotion for the Congresswoman, but Rand is not letting that happen easily.

The Paul and the Cheney families have been in dispute for years, going back to the differing opinions of Ron Paul and Dick Cheney. At the time, both Liz and Dick supported Rand’s primary opponent when he was running for Senate. The argument between them never disappoints for entertainment value.

I stand with @realDonaldTrump and our men and women in uniform who will never surrender to terrorists, unlike @RandPaul, who seems to have forgotten that today is 9/11. https://t.co/P0Ok2w48d5

Hi @Liz_Cheney, President @realDonaldTrump hears all your NeverTrump warmongering. We all see your pro-Bolton blather. I’m just grateful for a president who, unlike you, supports stopping these endless wars.

Hi @RandPaul I know the 2016 race was painful for you since you were such a big loser (then & now) with a dismal 4.5% in Iowa. No surprise since your motto seems to be “Terrorists First, America Second.”

Here’s a TBT courtesy of @realDonaldTrump. No truer words were ever spoken https://t.co/7MIM31ZuKl

It’s not the first time that the right-wing has been divided. The 1960s brought evolutionary turbulence in the conservative movement. Bill Buckley’s book Getting It Right illustrates the environment of the time.

The 1960s saw struggles inside the conservative movement. Although they agreed on the overarching principles of individual liberty and capitalism, there were many competing groups and ideas of how to best further the movement. For example, Ayn Rand lead an occasionally cultish strain of conservatism, whereas the John Birch Society was arguably paranoid.

The movement eventually settled on a cohesive message of freedom. This led to the presidential  campaign of that conservative hero – Barry Goldwater. This was followed by the successful presidential run of another defender of American conservatism – Ronald Reagan.

The big-tent of the Republican party is diverse. We have mushy moderates, neo-cons, libertarians, and everything in between. The fact is, conservatism is not a one-size-fits-all philosophy, and there are many competing ideas on how to define it. The Paul-Cheney feud continues, and that will only make the Republican party better. (What doesn’t kill you makes you stronger…)

Rand Paul has decided the most effective way to keep Liz Cheney’s foreign policy at bay is to convince President Trump and his followers that Paul’s definition of conservatism is the right direction for the future of the Republican party. At this point, the major question is: who is the most devoted to Trump? Cheney has voted with President Trump over 90% of the time, but Paul argues that ‘America First’ is closer to non-intervention than Cheney’s global democracy building.

The 1960s were a time of change. It was the in-between stage of two vastly different decades: the 1950s and the 1970s. Think of it as spring between the winter of the 50s that turned into the summer of the 70s.  The 60s were the gradual transformation between poodle-skirts and the corner of Haight-Ashbury.

What will the 2020s bring? If Rand Paul has his way, a Republican party that stands for liberty.

The Four Basic Rules of Gun Safety You Should Never Forget