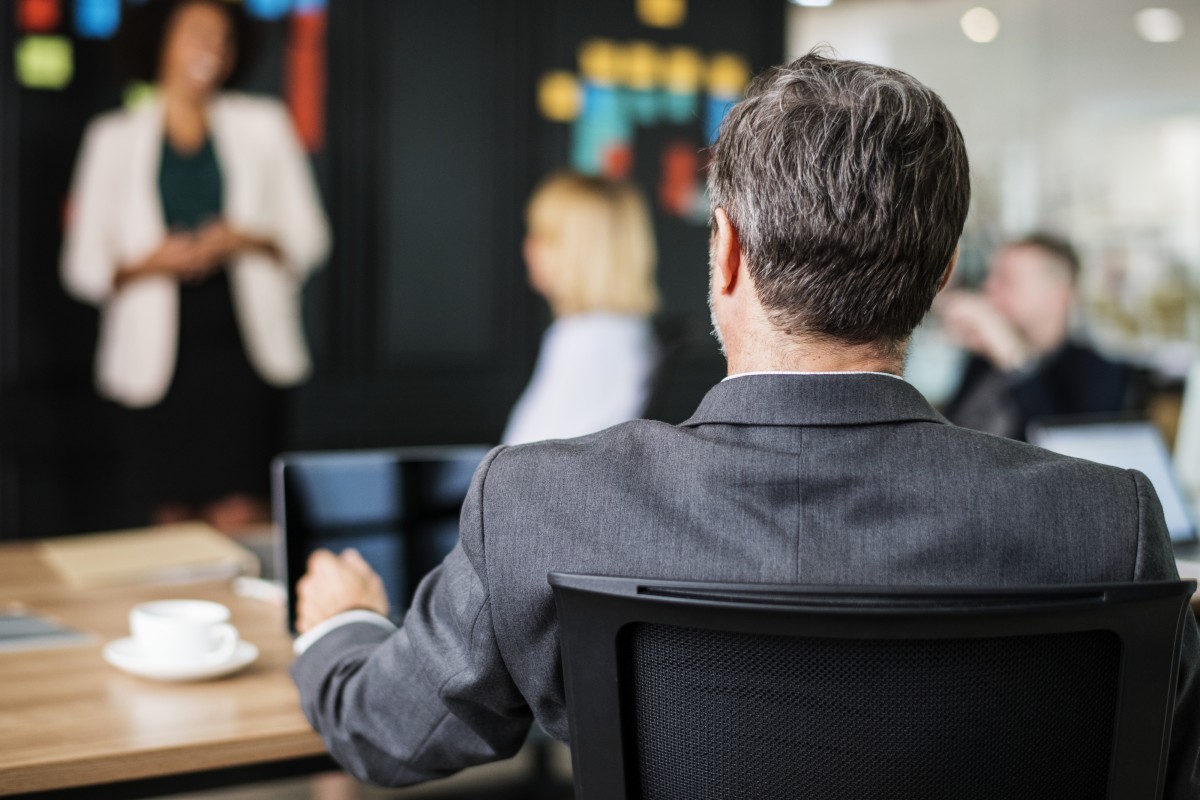 If a young, female executive wants to find an experienced male colleague on Wall Street to mentor her, she can stop looking now. In the wake of #Metoo and the Brett Kavanaugh affair, male bankers and lawyers are quite literally fleeing to their man caves.

Bloomberg reporters Gillian Tan and Katia Porzecanski have discovered that the ripple effects of the #Metoo campaign have hit Wall Street like a tsunami:

For obvious reasons, few will talk openly about the issue. Privately, though, many of the men interviewed acknowledged they’re channeling Pence, saying how uneasy they are about being alone with female colleagues, particularly youthful or attractive ones, fearful of the rumor mill or of, as one put it, the potential liability.

A manager in infrastructure investing said he won’t meet with female employees in rooms without windows anymore; he also keeps his distance in elevators. A late-40-something in private equity said he has a new rule, established on the advice of his wife, an attorney: no business dinner with a woman 35 or younger.

The changes can be subtle but insidious, with a woman, say, excluded from casual after-work drinks, leaving male colleagues to bond, or having what should be a private meeting with a boss with the door left wide open.

The Bloomberg reporters assert that this Pence rule kind of behavior is already having a negative impact on women’s careers on Wall Street because young women need an experienced mentor, generally an older man.

‘There aren’t enough women in senior positions to bring along the next generation all by themselves,’ said Lisa Kaufman, chief executive officer of LaSalle Securities. ‘Advancement typically requires that someone at a senior level knows your work, gives you opportunities and is willing to champion you within the firm. It’s hard for a relationship like that to develop if the senior person is unwilling to spend one-on-one time with a more junior person.’

Women are grasping for ideas on how to deal with it, because it is affecting our careers,’ said Karen Elinski, president of the Financial Women’s Association and a senior vice president at Wells Fargo & Co. ‘It’s a real loss.’

If men avoid working or traveling with women alone, or stop mentoring women for fear of being accused of sexual harassment,’ he said, ‘those men are going to back out of a sexual harassment complaint and right into a sex discrimination complaint.’

Wall Street law firms and investment banking companies recruit the brightest, most ambitious and, yes, most ruthless. The stakes are in the millions and billions of dollars. In this #Metoo era a sexual harassment complaint will bring a crashing end to a career that earned a seven digit bonus the year before. Wall Street is full of alpha males, and these alpha males are naturally going to react to this threat.

The ironies are obvious. The #Metoo movement was intended to empower women. It was one more step on the road to equality. But on Wall Street it has had the opposite effect. The glass ceiling is turning into an iron dome:

Now, more than a year into the #MeToo movement — with its devastating revelations of harassment and abuse in Hollywood, Silicon Valley and beyond — Wall Street risks becoming more of a boy’s club, rather than less of one.

This post Why the Pence Rule is Conquering Wall Street was originally published on Intellectual Takeout by John Elliott.

3 Weird Things That Are Triggering People This Holiday Season