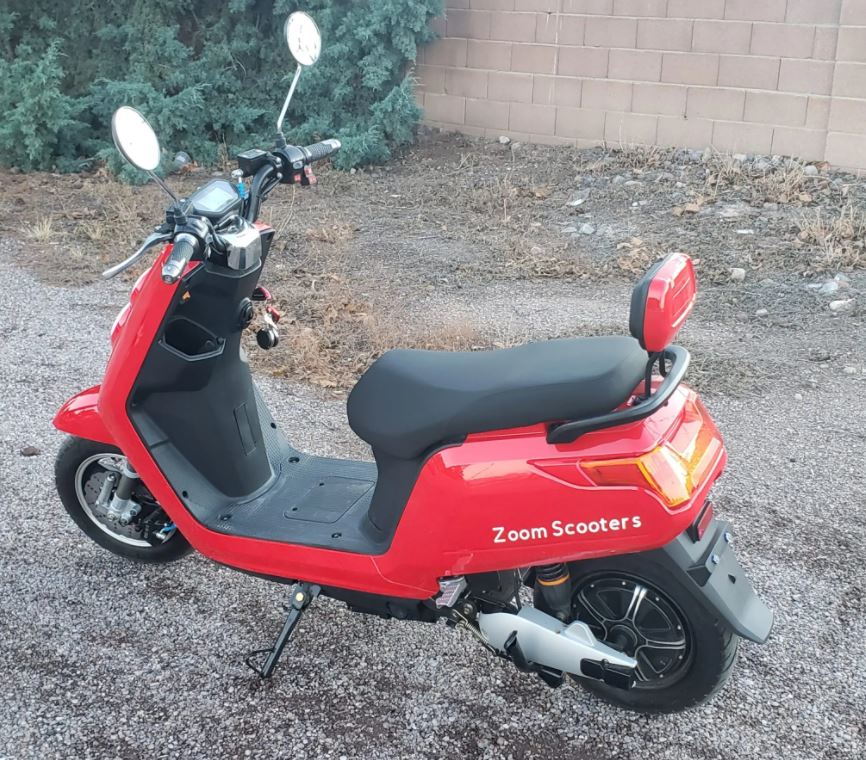 The research on moped crashes and their risks is scant. Twenty years ago there were reports being done to assess the level of risk, however very few have been created since that time. If you’ve ever driven where a moped was present, chances are you don’t need a study to tell you how they increase the risk of driving anyway.

Every year, thousands of moped riders are involved in accidents. Mopeds move slower than other traffic, and their riders don’t have the same protection as the drivers of other vehicles, so their injuries can be more serious if they’re in an accident. (Source: Sink Law).

Areas with a high density of traffic and popular tourist spots are often the source of many of these moped accidents and crashes. When I lived in a city where mopeds were a popular mode of transportation for pizza delivery workers, I almost hit them with my car on a regular basis.

Moped drivers may take chances due to the small size of the vehicle and the ease with which their riders can avoid traffic. Think of a motorcycle lane-splitting, but half the size. If it’s easy to not spot motorcyclists and accidentally hit them, it is twice as easy to hit someone on a moped.

Mopeds have their benefits, too. For example, they’re economical. They are much less expensive to purchase than a car, and they use less gas. In 26 states, you do not even have to carry liability insurance for a moped. Despite the savings involved with riding a moped, it could easily cost you your life, and here’s why.

Moped crashes are usually severe due to a few different factors. Typically, the people that are driving mopeds that end up seriously injured are older than those that are not involved in wrecks. In addition to this, many people who ride mopeds don’t understand how they work, especially people who rent them. This also increases the risk that they’ll be seriously injured.

Many states do not require you to be a licensed driver to buy, lease, or rent a moped. It’s one of the very few modes of transportation with a motor where anyone can operate it without any training or prior experience. When you combine this with the fact that the riders may not be insured, it’s a recipe for disaster.

The few studies available show that half of the drivers of mopeds that were involved in a crash that resulted in serious injuries were inebriated at the time. That study has been used to increase the awareness of DUIs connected to moped crashes. The work to decrease that number is ongoing.

Speed limits above 20 miles per hour have also been a driving factor in the increased risk of mopeds. Most crashes involving mopeds have been associated with speeds over that limit. Universities and college towns that have speed limits under 20 miles an hour have been able to reduce the risk of riding mopeds.

Areas with speed limits that are higher than this amount usually have larger vehicles passing through them. This increases the risk for mopeds greatly because crashes between large vehicles and small mopeds will be significantly more damaging to moped riders, just as they typically are to the riders of motorcycles.

Driving mopeds in rural areas has also been associated with a higher level of risk. Mopeds do not have the safety features that other vehicles do. Subpar headlights and ineffective rearview mirrors impair the driver’s ability to take stock of their surroundings. This fact combined with areas that don’t have paved shoulders or street lights further increases the risks.

Safety gear for the drivers themselves has also been controversial. Many states do not require moped riders to wear helmets, and a lot of riders won’t wear one if they’re given the option not to. This puts them at risk of traumatic brain injury, fatal crashes, and other types of injuries that you won’t come back from.

For your safety, if you have a moped, get moped rider training, get insured, and wear protective gear, including a helmet. Use caution in traffic and try to keep it under 20 miles per hour, when possible. If you aren’t an experienced moped operator, don’t give into temptation and rent one on a whim because they look like fun. They are fun, but they’re not worth risking your life over.

How to get an aged care worker permit in Australia