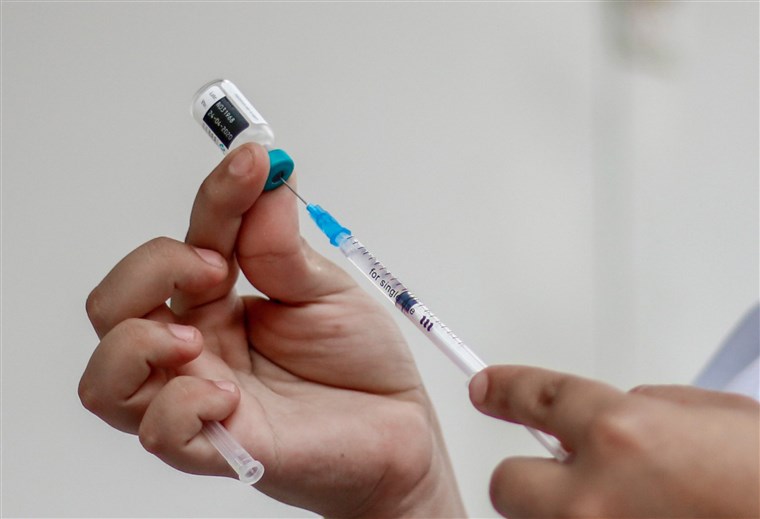 2020 has been an unprecedented year, with the dramatic outbreak of COVID-19 affecting countless people worldwide and effectively changing our entire way of life. Well over a million people have died from coronavirus so far, with countless others being infected.

Some have made full recoveries, but others are still confined to their hospital beds and certain patients have exhibited a range of long-term symptoms and mysterious side effects as time has gone by.

Economies have crashed, businesses have been brought to a grinding halt, international travel has almost ceased entirely, and many parts of the world are now bracing for the third wave of COVID-19 as the holiday season approaches.

Throughout these difficult times, the one ray of hope that has continued to offer some encouragement for global populations has been the significant research efforts that have gone into developing a vaccine.

After several false dawns and hopeful initial trials, the world was greeted with good news in early November, as two leading vaccine development forces, Pfizer and BioNTech, announced that they had developed and tested a vaccine with very positive results. Here’s what we know so far.

Pfizer and BioNTech started a clinical trial of their coronavirus vaccine back in July. They assembled tens of thousands of participants for their study, with half of them being given a vaccine and the other half being given a placebo made of simple salt water.

The companies then had to simply sit back and wait to see what happened. If the vaccine worked, those who had been given it would logically be able to avoid getting sick with the virus.

In November, the companies revealed the results of the study so far, showing that just 94 participants out of a total of 44,000 went on to contract the virus. Their analysis of this data suggests that their vaccine is more than 90% effective, meaning that it may be a highly potent weapon against the pandemic.

Since the company has reported a 90%+ success rate, we can infer that most people who were given the vaccine didn’t get COVID-19, and if the vaccine proves as successful in larger applications, it could effectively help to end this global health crisis once and for all.

To understand exactly how impressive the results are, it’s worth noting that the Food and Drug Administration (FDA) originally announced that it would accept to take a look at any vaccines with at least 50% effectiveness, and typical influenza vaccines only average out at about 50% effectiveness in general.

One of the worries on many people’s minds in regard to the development of any new COVID-19 vaccine is the possibility of side effects, as many vaccines for other diseases can come with a few side effects such as fever, fatigue, and so on.

During the development of their vaccine, Pfizer and BioNTech created several different versions of it and tested them all on a small-scale, selecting the one that resulted in the fewest risks of side effects.

With that said, there is still a chance of patients being given the vaccine and suffering from mild to moderate symptoms as a result, and since the vaccine is so new and hasn’t been tested over the long term, the FDA will have to monitor those who take it to look out for any safety concerns.

If the vaccine is approved by the FDA for emergency use across America and by other authorities and organizations around the rest of the world for use on their populations, Pfizer has announced that it expects to be able to produce up to 40 million doses before the year’s end.

It’s important to note that anyone receiving the vaccine will need to take an initial shot, followed by a booster a few weeks later, so even with 40 million doses, only 20 million people will be able to be vaccinated.

Regarding the plans for who receives those initial doses, the exact strategy has not yet been clarified, but it is expected that those who are at high risk of infection or those in essential working roles like health care workers may be given the vaccine first of all.

At full-scale operations, Pfizer and BioNTech have announced that they could create up to 1.3 billion doses of the vaccine in a single year, which would greatly help in the battle against the virus, but still leave many people unable to get vaccinated, potentially paving the way for other companies to offer their own vaccines across the globe to supplement the Pfizer vaccine.

Pfizer and BioNTech’s vaccine trial has not yet concluded. It will continue until 164 reported cases of COVID-19 occur, and at that point, the study will conclude and the final results can be analyzed in detail.

Pfizer has announced that it is likely to apply for authorization from the FDA before the end of November, and the FDA will analyze the data provided with various advisory experts looking at the safety of the vaccine itself, how effective it is, how it can be manufactured and distributed, and so on.

It’s certainly possible that the vaccine could be approved and put into mass production by the end of the year, ready to start vaccinating high-risk populations around the world, but there are various issues and delays that may occur to prolong the wait a little longer.

For now, the world waits with bated breath, hopeful that this vaccine could change the game of the pandemic entirely, but knowing that work still needs to be done. Meanwhile, other companies and research bodies across the globe continue work on their own vaccines, with many in advanced stages of trials too.

What You Need To Know About Calculating Tax on Bonus Payments