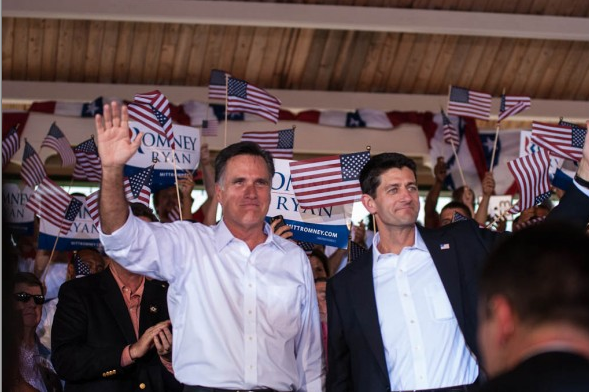 The longer you are in Washington D.C. and the more influential you become, the more the pressure comes down to conform. 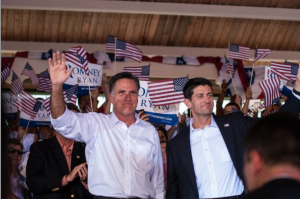 A perfect example of this is in these final few days before the election, many on the free market right have put down their cudgels for reform and picked up the banner of compromise in support of the Romney/Ryan ticket. The idea is that if libertarians compromise, they will be less worse off than they would be under an Obama administration. That is highly debateable. However, if you are a political realist, then you understand that sometimes compromises are indeed necessary. For instance, many libertarians have supported candidates such as Senator Rand Paul, Mike Lee, Jim DeMint, Connie Mack, Justin Amash and even Sarah Palin. For these libertarians, they understand that compromises indeed can be beneficial to advancing the cause of liberty. They know that even though they can’t have a “perfect” libertarian (Who is?) they will compromise to support someone that more closely represents their viewpoints and will advance the cause of liberty.

So the squishy libertarians tell the rest of us that we “hate America” if we don’t get in line. They claim that this compromise will help America get back on her feet, because “at least Romney is pro business.” They express scorn and disdain on those who say they won’t give in to a compromise on the Presidential ticket for a candidate who will undoubtedly continue the same Bush era foreign policy that Barack Obama continued and expand on programs that harm our civil liberties and rights to privacy. They say to forget personal liberty. It’s all about economics!

I am not convinced however that the Romney/Ryan ticket offers anything to libertarians in terms of advancing the ideas of economic liberty and social tolerance. Despite Governor Romney and Rep. Ryans personally strong character, they both have major flaws even in their economic thinking. They are subscribers to Keynesianism, supporters of stimulus and bailouts and running for office on the specific platform to save Medicaid and Social Security. These are not even conservative talking points anymore now that the tea parties Austrian flavor of economics has become started becoming more of the mainstream viewpoint amongst conservatives. These are people to whom the concept of a free market doesn’t extend to automotive manufacturers who need bailouts. Governor Gary Johnson, the Libertarian Party candidate was asked if he thought that Paul Ryan was a libertarian to which he responded: 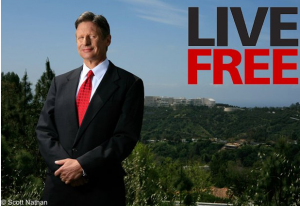 I can understand and fully identify with the resistance on the part of libertarians not to compromise for a Romney/Ryan ticket. However, I do realize that there is value in supporting candidates like Republican Connie Mack in Florida, who has been a strong advocate of civil liberties and foe of government spending. His voting record, although not perfectly libertarian, shines out far above and beyond many of his colleagues. For this, and the fact he has resisted the PATRIOT Act and the horrific NDAA, I believe he is worthy of support. Does this compromise make me less of a libertarian? I am not sure. It seems unfortunately that there can be no true yardstick for the measure of where we place our lines in the sand and when we stand on principle totally and when we must compromise. At this juncture, it seems prudent to support those candidates where their voting records reflect a pattern of voting in favor of economic liberty and civil liberties. There are a few running, but not many, and the only ones on the Presidential ticket are those of the third party candidates. Perhaps you’ll compromise and vote for one of them instead?

Living in Washington D.C. there is a great deal of pressure both socially and professionally put on libertarians who run in the circles of the policy elite. Those who don’t conform can face persecution if they do not compromise their values. Despite that pressure I must ask though; Were we not sent here, or come of our own volition, to hold these politicians accountable? Did we not come here to make a difference and stand up for our principals? How can the people of the United States trust us as a movement if we do not adhere to some standards that we maintain to advocate a consistent platform of liberty and free markets? Furthermore, how could we possibly even begin to achieve solidarity in a movement whose entire stated goal is pure individualism? Should we bow to pressure now and hope for better opportunities in the future? Or will be be like Charlie Brown, forever believing that just this time Lucy might allow us to kick the football?

Here’s a question. If Governor Romney had chosen Ron Paul or Rand Paul as his running mate, or promised to appoint Dr. Paul as the head of the Federal Reserve, would that have earned your vote? Would that have been a bad compromise? What are your opinons of people like Senator Rand Paul, Justin Amash and Connie Mack?

Leave your thoughts below.