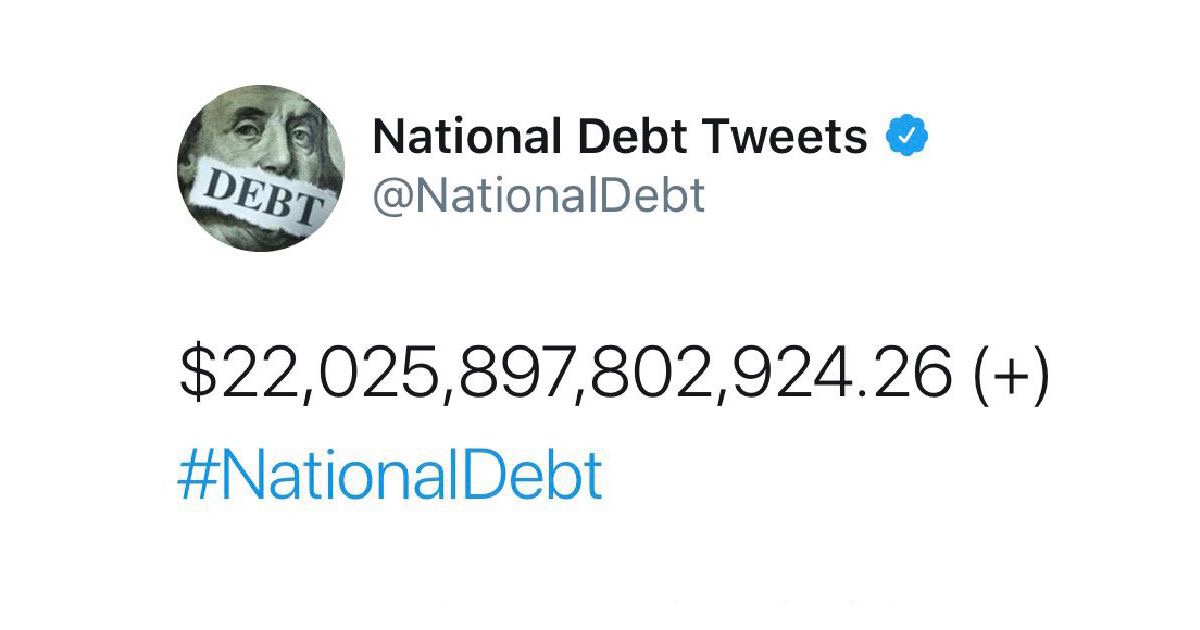 Our economy is strong, but so is the possibility that it may have an Achilles heel—the national debt. That was the consensus of participants in a recent panel discussion at The Heritage Foundation.

The unmatched power and recently strong economic growth of the United States masks a dangerous hazard that could lead to our collective downfall, the panel agreed. And if left unchecked, debt could threaten the prosperity of future generations.

It’s a bipartisan issue, the panel pointed out. Americans agree, in overwhelming numbers—as in 94% of Republicans and 92% of Democrats, according to recent polling by the Peter G. Peterson Foundation—that future generations will be better off if the national debt is managed.

Marc Goldwein, senior vice president and senior policy director at the Committee for a Responsible Federal Budget, said at the event that national debt crowds out investment as investors purchase government bonds rather than buying private assets or otherwise investing in the private sector.

Over time, he argued, that could result in “slower wage growth, slower income growth, and a smaller overall economy.”

Deficit spending tends to promote consumption, whereas the private investment Goldwein believes is crowded out otherwise would go toward elements of economic growth, such as “buildings, equipment, tools, software, and education.”

The debt also exerts pressure on the U.S. government.

Goldwein said spending on interest on the debt will exceed Medicaid within a year. In just five years, it will overtake all defense spending, creating a potential threat to national security. In 30 years, it is projected to be the single-largest federal expenditure.

Monetary institutions also feel the pressure: As Romina Boccia of The Heritage Foundation said, fiscal irresponsibility encourages loose and corrupt policy from the Federal Reserve and drives it out of independence.

Already, Fed Chair Jerome Powell has made Federal Reserve “crisis policies” permanent, choosing not to sell off the glut of assets it purchased during the recession.

Although the Tax Cuts and Jobs Act of 2017 propelled strong economic growth and decades-low unemployment rates, current economic growth does not mean the debt is irrelevant.

High debt causes an erosion of economic stability and government’s ability to act in times of crises, until, as Goldwein said, “like the frog in boiling water, we may not notice it until it’s too late.”

What does “too late” look like? A spike in interest rates or another kind of shock to the bond market could likely cause a crisis to top the Great Recession, according to Goldwein.

As David Ditch of The Heritage Foundation notes, the “looming bankruptcy” of Social Security and Medicare could require the government to drastically increase deficits over a short period, possibly precipitating such a crisis.

These programs are popular, but, as Ditch said, a typical American makes $50,000 annually, “getting up in the morning, going to work, putting in [a] 9-to-5 grind, getting up the next morning and doing it again for an entire year.”

Entitlement spending and other high expenditures are pushing deficits to $1 trillion, which would be “20 million people’s worth of effort” added to the debt: a high and dangerous human cost that politicians rarely acknowledge and voters rarely act on.

To defend against the risks of high national debt, the country must be protected from the federal government’s proclivity for unfunded spending.

Ditch likened the U.S. budget process to an “all you can eat buffet” of deficit spending and argues that the government needs a proverbial diet.

Boccia highlighted fiscal restraints like those in Switzerland, Sweden, and Germany as examples of how such a “diet” might work.

The restraints work, she said, because they stick to it and allow flexibility to deal with crises, and they could work here too if Congress is willing to abide by their terms, the panelists said.

Unless significant entitlement reforms are implemented now, before America’s fiscal position becomes too treacherous, the only option available to lawmakers could be to drastically increase taxes, cut government services, or both, the panelists said. More spending now means higher taxes and a poorer quality of life for future Americans.

It is up to all of us to save the country from its Achilles heel. If America cannot stop its debt from destroying its economy, then it will be condemned to the same fate as Achilles at Plutus: remembered only for its timely and deserved demise.

Justin Bogie is a senior policy analyst in fiscal affairs at The Heritage Foundation.

Benjamin Paris is a member of the Young Leaders Program at The Heritage Foundation.

Why Decentralization Is the Key to Ending the War on Drugs