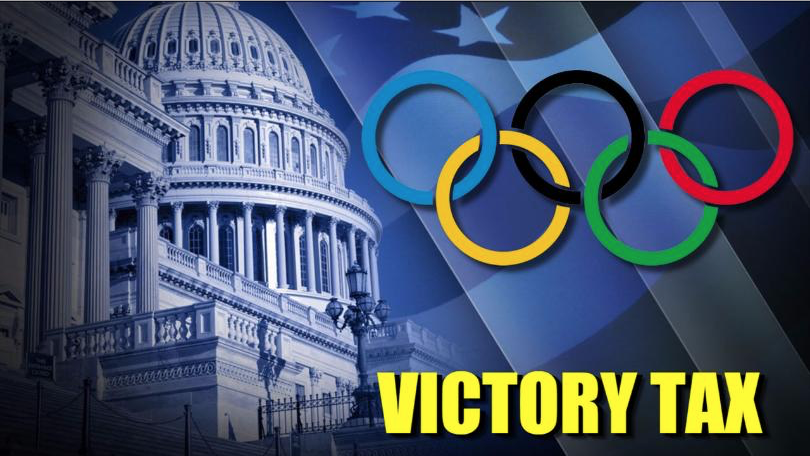 Apparently, even the men and women who represent us on the olympic field must stand in line and get shafted by Uncle Sam on their earned money – at least, that’s what the IRS wants to happen. But for once, congress actually took a stand for its people and voted in favor of a bill that would make olympians exempt from the IRS “victory tax” that takes a large percentage away from people who win cash prizes on game shows, sports players who play for a living, and up until this latest vote, people who earn medals in the olympics.

According to the Associated Press:

The Senate gave final legislative approval Thursday to a bill that would block the IRS from taxing most medals or other prizes awarded to U.S. Olympians.

Because the money is considered earned income, it is taxed — a practice some lawmakers refer to the “victory tax.”

The bill would allow Olympic taxes on high-profile athletes such as swimmer Michael Phelps or NBA star Carmelo Anthony who earn more than $1 million a year.

The bill has been approved by both the House and the Senate and is now on its way to the president – let’s hope he doesn’t veto it.

SHOCKER: Governor of the Federal Reserve Donates to Hillary Clinton