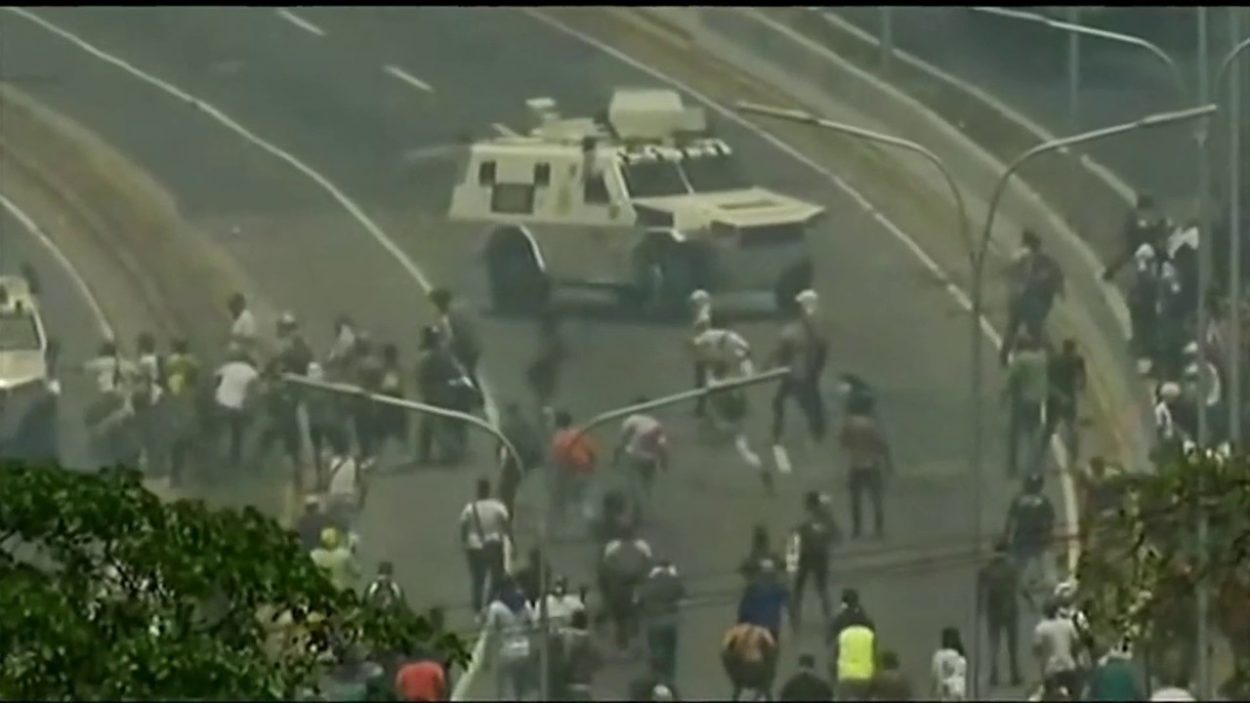 By now you’ve surely seen the video of an armored vehicle running over protesters in Venezuela. It was a display that was shockingly reminiscent of Tiananmen Square in 1989.

If you haven’t, here it is.

Much like every collapsed Socialist nation, it was a fine and shining example of Socialism, until all of the sudden it wasn’t. Miraculously, as soon as the system collapses, that wasn’t real Socialism. Rinse and Repeat.

How'd that end up working out for Venezuela?

“These days, the American dream is more apt to be realized in South America, in places such as Ecuador, Venezuela and Argentina, where incomes are actually more equal today than they are in the land of Horatio Alger. Who’s the banana republic now?”

Indeed, who is the Banana Republic now? Sounds a lot like that might be Venezuela. Now destined for a Somalian future, another nation crushed and collapsed by Socialism. Give it another decade, and Socialists will be calling Venezuela a Libertarian Paradise. Huh.

So how did this all begin in Venezuela? There was one defining moment that sealed the fate of the Venezuelan people. It was in 2012, less than a decade ago, when Venezuela banned the private ownership of firearms under Hugo Chavez.

The one thing that could help the people retake their country is the one thing the people gave up. Their natural and God given right to weaponry for self defense, and to have a fighting chance against a totalitarian regime. Like the one they currently have.

Contributing Author for The Libertarian Republic, Gary Doan, said it best in a post making the rounds on Facebook: 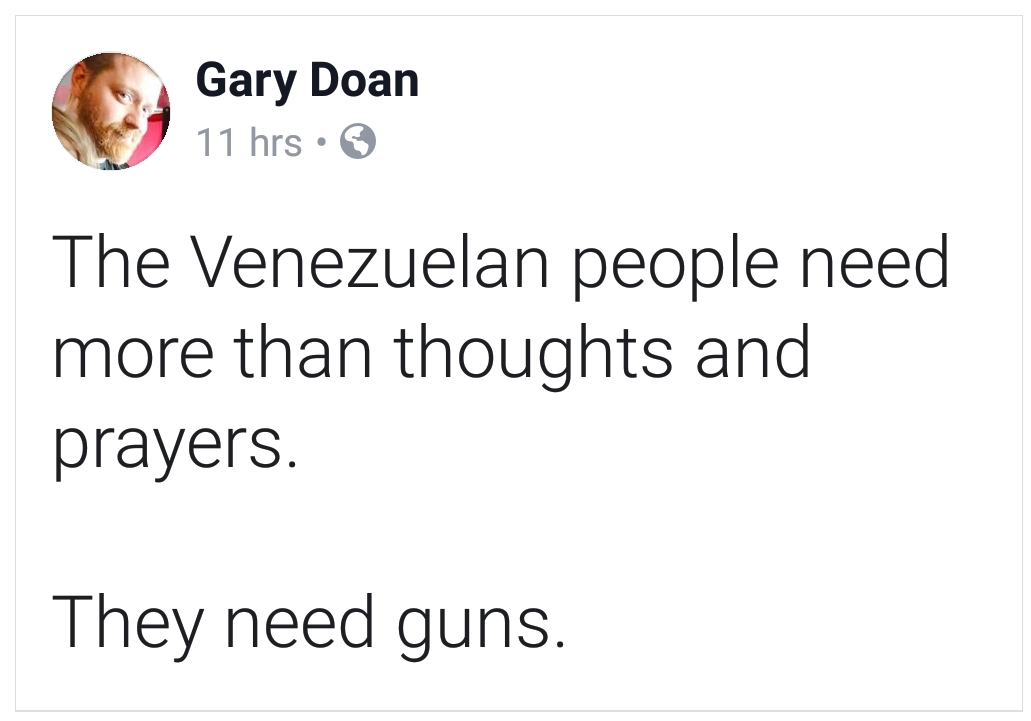 It’s a play on the sentiment that thoughts and prayers aren’t enough, that we need gun control now. Except, this draws the opposite conclusion in regards to Venezuela.

Certainly, my thoughts and prayers are with the people of Venezuela as they press forward with the life and death stand against the Maduro Regime. But what they really need are GUNS. Lots and lots of guns. Like the ones they should never have turned in.

They scoff at the idea that a time may come when people may have to protect themselves from a brutal government here in the USA. Even though it’s the exact endgame they’re pushing for – whether they admit it, or even understand it, or not.