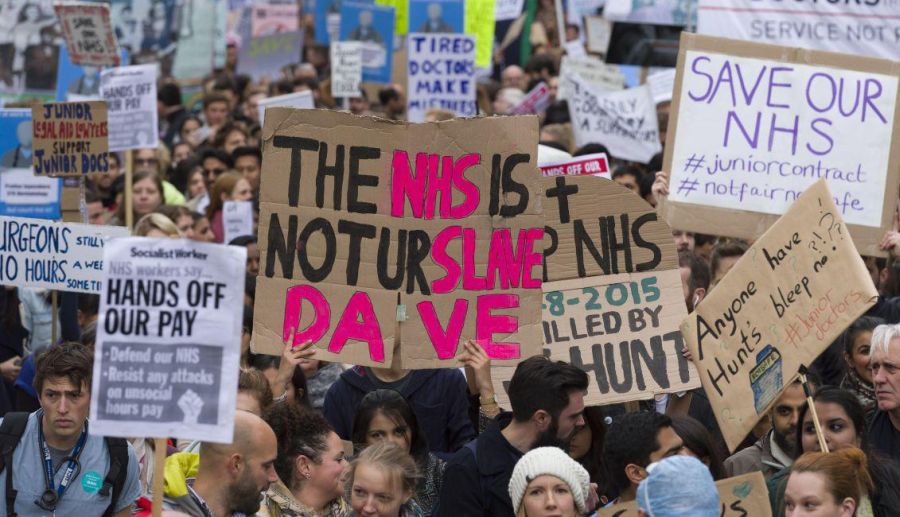 Britain’s single-payer health care system descended into chaos Tuesday as thousands of the country’s junior doctors went on strike over a pay dispute.

Junior doctors (roughly the equivalent of medical residents in the U.S.) have had intermittent work stoppages over the last few months, but until now they kept working in critical areas such as emergency, maternity and intensive care. Now, those doctors are walking off the job, leaving British citizens in the lurch. Overall, about 78 percent of junior doctors didn’t work Tuesday, according to The Guardian.

The walkout is only covering daytime hours, so the striking doctors will leave from 8 a.m. to 5 p.m., then return for the overnight shift before beginning the walkout again the next morning.

British citizens have been warned to stay away from hospitals unless they face a genuine emergency. Britain’s health care system is both publicly funded and publicly operated, meaning there are few private sector options available to those left in the lurch by the work stoppage.

According to the BBC, the National Health Service has implemented a variety of “military level” contingency plans to deal with the crisis, including postponing 13,000 surgeries and over 100,000 appointments, redeploying more experienced doctors into emergency care, and having more staff available to answer inquiries by phone.

The U.K.’s Conservative government and the British Medical Association (BMA) are feuding over the terms of a new contract, in particular whether doctors should be paid extra for working on Saturdays.

Health Secretary Jeremy Hunt has warned BMA will have blood on its hands if patients die, while BMA counters the government’s contract proposals would create long-term danger for patients.

Race for LP Chair: Charles Peralo Says Step Up and Tech Up