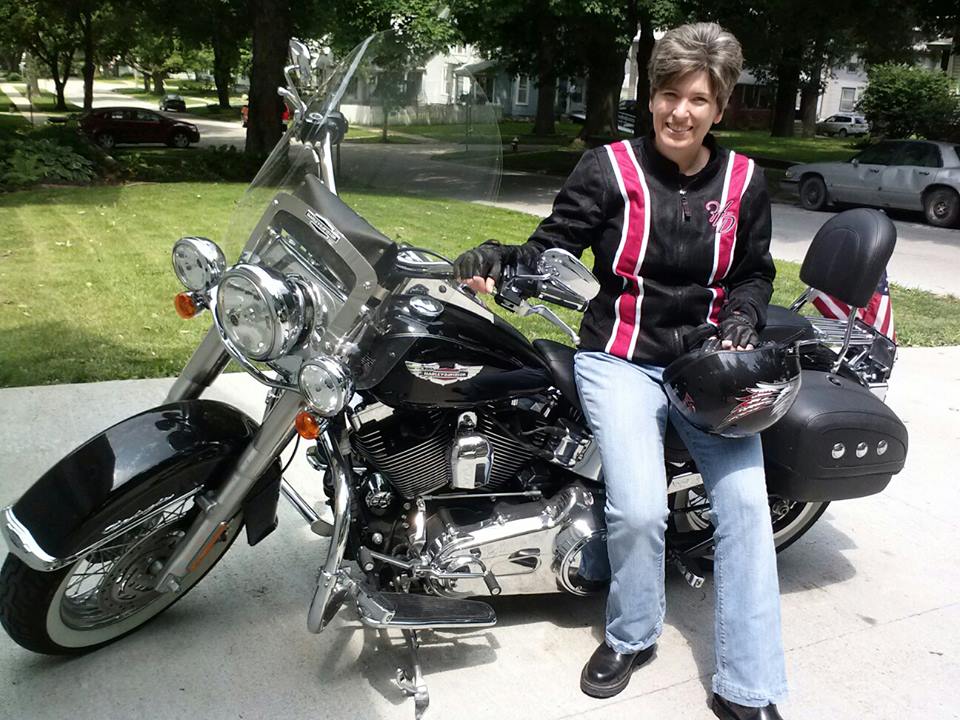 Two Harley-Davidson-riding senators have formed the first-ever Motorcycle Caucus, a bipartisan gang of politicians dedicated to advocating for biker’s interests.

Republican Iowa Sen. Joni Ernst and Michigan Democratic Sen. Gary Peters ostensibly want to bring together both parties to work on issues like improving infrastructure, road safety, jobs and American manufacturing, but they could just be looking for an excuse to ride motorcycles in Washington, D.C.

“Some of my most cherished memories include motorcycles, from delivering messages as a young girl to my dad while he was working out in the fields, to riding through the rolling hills of Northeast Iowa with family and friends,” Ernst said in a press release Tuesday.

Ernst wants to “encourage thoughtful discussion and solutions on behalf of motorcycle riders and manufacturers through” with the new caucus. “Throughout my 99 county tour of Iowa, I have heard from many of these folks about some of their priorities, including improving safety, infrastructure, and energy efficiency. These concerns are shared by folks across our great state and country,” Ernst said.

Both Ernst and Peters ride Harley-Davidson bikes, but a spokeswoman for Ernst told The Daily Caller News Foundation that unlike many motorcycle groups, the caucus will not exclude those who don’t ride a Harley. The Motorcycle Caucus is also “open to all Senators – those who ride and those who don’t,” the spokeswoman said.

The senators are fond of riding their motorcycles around their states to meet with constituents. Ernst made headlines for releasing a campaign commercial in 2014 featuring her trip to a shooting range on her Harley, and Peters was known for riding his hog around to campaign events during the same election.

“To this day, I believe there is no better way to see Michigan’s beautiful scenery than by bike, whether I’m riding to meet with constituents and small businesses or taking my bike out on the weekend,” Peters said in a statement.

The senators hope to use their position as co-chairs on the motorcycle caucus to find common ground on important issues facing America’s heartland. “Motorcyclists come from all walks of life, and I can’t think of a better way to bring together a diverse and dedicated group of advocates to discuss everything from safety concerns to manufacturing,” Peters said in a statement.

Harley-Davidson has become a political touchstone for American heartland issues like jobs and public safety. President Donald Trump reportedly wanted to sign his executive orders on manufacturing at the Harley Davidson headquarters in Milwaukee, Wisc., in February, but the event was canceled over concerns about protesters. Harley-Davidson executives did meet with Trump at the White House Feb. 2. (RELATED: Trump’s Meeting With Harley-Davidson Executives Hogs The Limelight)

“Harley-Davidson is a true American icon. One of the greats,” Trump said of Harley-Davidson at the meeting. “You’ve given me tremendous support, your workers in particular.”

A Closer Look at What WALL-E Can Teach Us