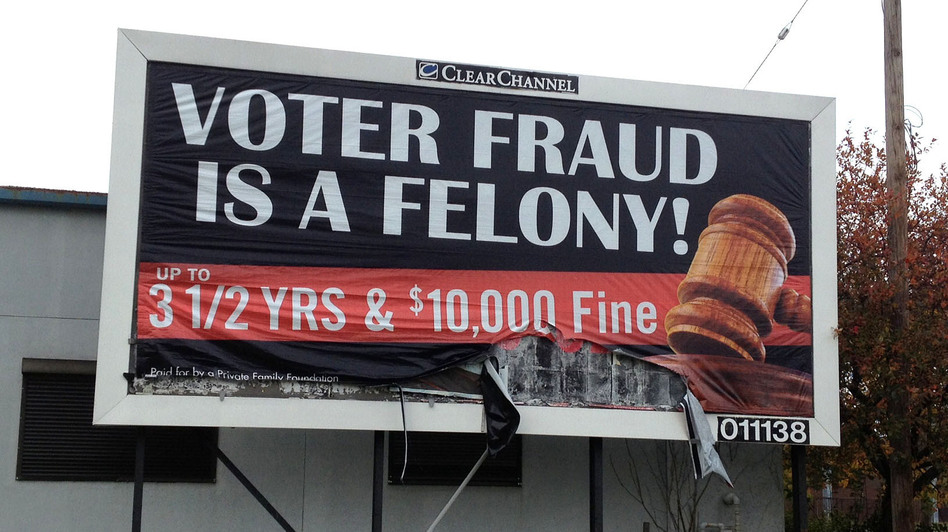 A Saturday tweet alleging racism in American voter fraud convictions received more than 17,000 retweets, but it doesn’t appear that racism had anything to do with the convictions in question. 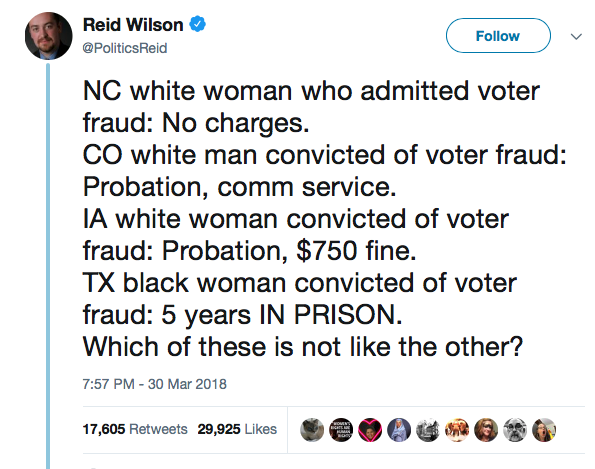 The Hill reporter Reid Wilson laid out four examples of voter fraud convictions; three of the offenders were white and one was black. None of the three whitedefendants received sentences greater than three years of probation while the black defendant in Texas received a five-year prison sentence. Here’s why: The black defendant, 43-year-old Crystal Mason, is a convicted felon who was on probation when she committed the voter fraud, while the three white defendants had no criminal history.

Mason had been on supervised release following a 2011 fraud conviction when she and her ex-husband pleaded guilty to inflating their Internal Revenue Service tax returns. She claims she didn’t know that voting while on probation was illegal, but she received a harsh sentence for committing fraud while already on probation for another fraud conviction, according to USA Today.

“I inflated returns,” she said. “I was trying to get more money back for my clients. I admitted that. I owned up to that. I took accountability for that. I would never do that again. I was happy enough to come home and see my daughter graduate. My son is about to graduate. Why would I jeopardize that? Not to vote. … I didn’t even want to go vote,” she said, according to the Star Telegram.

Independent Autopsy Reveals Cops Shot Man 6 Times In The Back

Here Are The Weirdest Easter Traditions From Around The World