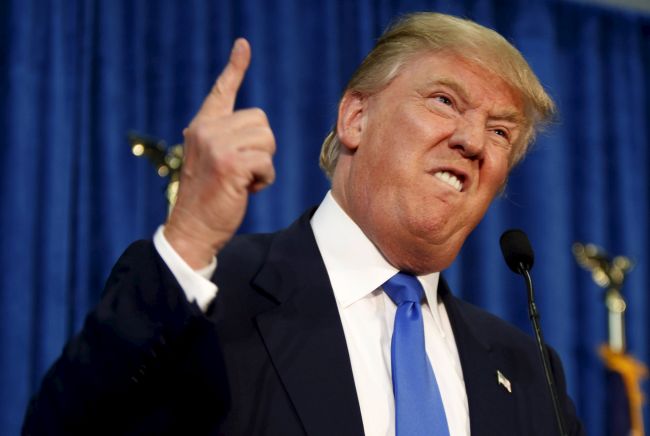 More bad news for conservative supporters of Donald Trump. The newly released casino mogul’s tax plan would add a massive $10 trillion to the national debt over the next decade if enacted. To put that in comparison, Obama’s profligate spending has only thus far racked up $9 trillion in debt—that’s more than the combined debt of all previous US presidents.

The numbers were crunched by the non-partisan Tax Foundation. The math is simply irreconcilable with Trump’s conservative rhetoric. In fact, by any fair gauge, such a reckless and out of touch tax plan should disqualify him in the minds of right wing voters from ever becoming the GOP’s nominee.

Before Trump supporters can cry foul, those calculations include the increased economic growth that Trump’s plan would spur. An 11% increase in the nation’s GDP is factored in and even with that growth, the Trump plan still lands the nation in more debt than Obama has forced us to suffer.

The current national debt is already astronomical at $18.2 trillion. There is no way the country can afford to add an additional $10 trillion to our financial obligations. This is why conservatives laughed so heartily at Vermont Senator Bernie Sanders’s plan that called for an additional $18 trillion in new spending.

More big government is not our answer; something Trump seems increasingly incapable of understanding. In the past weeks he has come out in support of universal government healthcare, suggested the federal government play a larger role in college education, and has now authored a plan that puts the nation in financial dire straits to pay for it.

Okay, America, it was funny while it lasted, but it’s time to dump Trump, already.