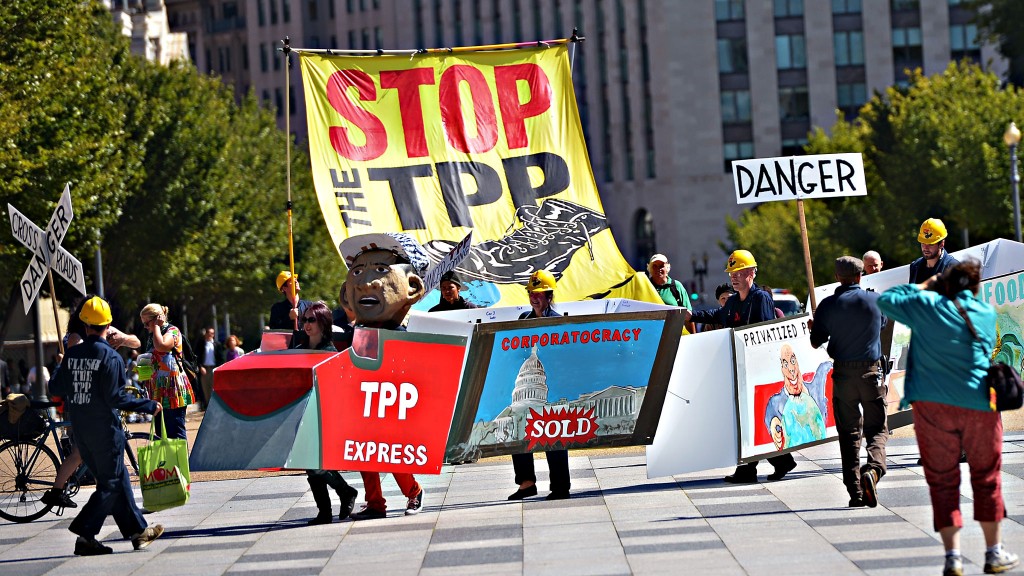 A civil war has erupted between environmentalists and their Democratic allies, including President Barack Obama himself, over the Trans-Pacific Partnership (TPP).

The full text of TPP noticeably does not directly address global warming and contains only a token mention of “clean energy.” Environmental groups say that the pact lacks environmental protections and will benefit corporations.

“If the environment chapter is finalized as written in this leaked document, President Obama’s environmental trade record would be worse than George W. Bush’s,” said Michael Brune, the executive director of the Sierra Club, to National Geographic.

The Sierra Club claims that TPP is “toxic trade” and a video by the organization complains that “TPP negotiations are closed to the public, but open to select corporate executives, so it’s no surprise that the TPP would give broad new rights to coal, oil, gas, and other multinational companies … which threatens half a century of environmental progress threatened just to deepen big corporations pockets.”

Other environmental groups, such as the Natural Resources Defense Council and the World Wildlife Fund, have also spoken out against TPP. These groups are at odds with their usual Democratic political allies, including Obama himself, whose administration negotiated much of the deal.

The pressure has been so intense that even likely Democratic nominee for president, Hillary Clinton, is feeling the pressure. Clinton once called TPP  “the gold standard” of trade agreements before dramatically changing her position to oppose the trade deal she helped negotiate.

Oregon Democratic Representative Earl Blumenauer, an avid environmentalist, said the pact’s environmental provisions “look pretty strong to me” and that TPP would be “a pretty power tool” to protect the environment.

Another Oregon Democrat, Senator Ron Wyden has also publicly supported TPP and has brokered deals to help pass it.

NYT: Congress And Obama Should Get Behind Sanders’ Bill To End Federal Marijuana Ban