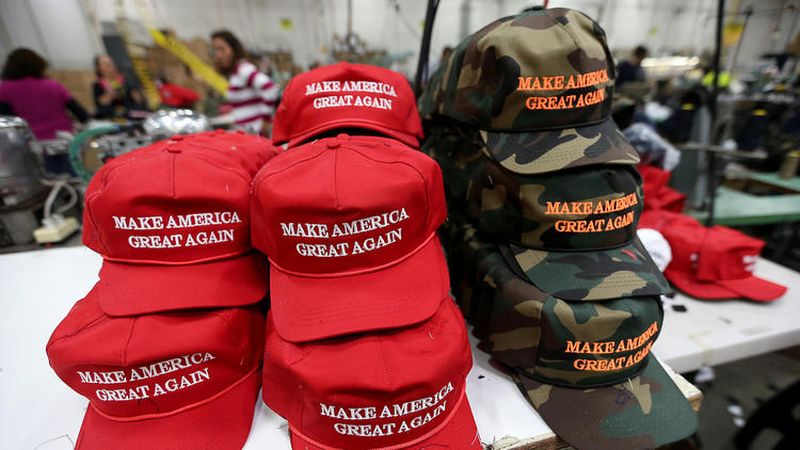 For any other candidate this would be a non-issue. But for Trump, who has constantly lamented immigration and cheap labor as sources of economic hardship for Americans, it is yet another example of how he fails to walk the walk. We all know that Trump’s suits and ties are made in Mexico and China, but that pales in comparison to having immigrants sew the hats of an anti-immigrant candidate.

Yolanda Melendrez is one of them. Melendrez, an immigrant from Mexico who was brought to the United States by her parents when she was a baby, has worked at the Carson-based Cali-Fame headwear company since 1991.

“When we first got the order [for the Trump hats], I said to myself, ‘Just wait until he sees who’s making his hats. We’re Latinos, we’re Mexicans, Salvadoreños.’”

Melendrez, 44, started out as a machine operator, stitching the seams of baseball caps. She now works as a lead on the floor, roaming as she checks on the flow of work, supervising other sewing machine operators and embroiders. She became a citizen when she was 20; her parents are permanent residents. Melendrez was 14 when she had her first child, and the job has helped her pay rent and put food on the table for her kids, she says…

…The company employs about 100 people in a 30,000-square-foot warehouse. About 80% of the company’s workforce is Latino, Kennedy estimates. He says that every worker has his or her immigration status verified.