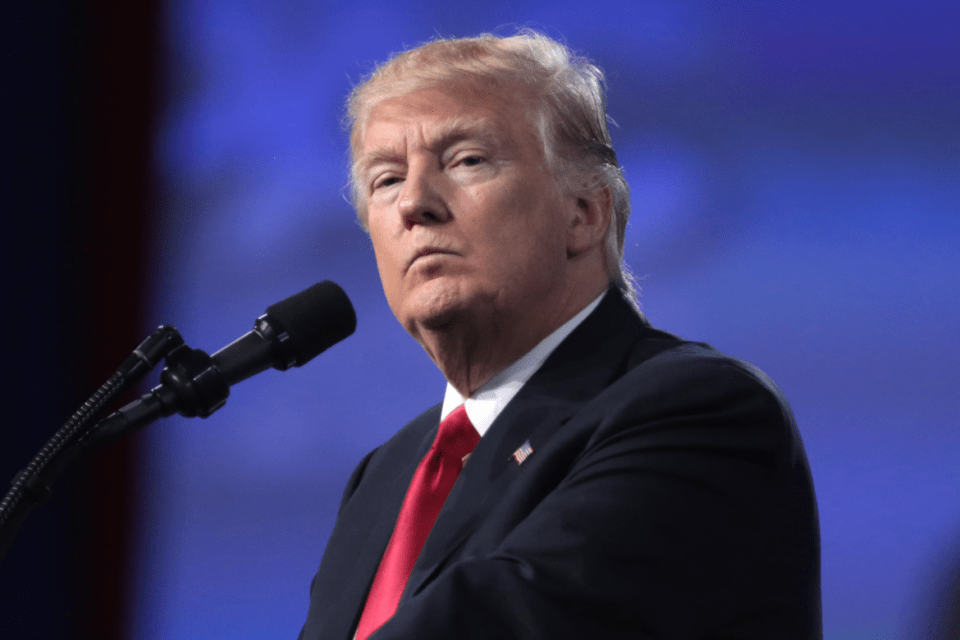 President Trump’s 2020 election loss raises the question – Will he pardon himself before leaving office? It would free him of all legal liability for any past federal criminal acts he might have committed. Such liability or defending himself against charges of wrongdoing is certainly a real possibility. Many Democrats are seeking criminal action against President Trump after he leaves office. Congressman Bill Pascrell (D-NJ) recently stated Trump and his worst enablers “…must be tried for their crimes against our nation and Constitution.”

The pardon power in the Constitution is straightforward: “The President shall have Power to Grant Reprieves and Pardons for Offences against the United States, except in Cases of Impeachment.”  It contains no limitations such as “a president cannot pardon himself.” Why not pardon himself, family, and friends before walking out the door? Why not use the pardon power to give himself a long, peaceful life after the White House? Trump and his family would be free of alleged conspiracies with Russia, tax evasion, or any other federal crimes.

New York state would likely still pursue him for business crimes but such crimes are civil violations or if criminal, complicated document crimes, requiring proof of intent. Crimes usually settled by a check and a harsh-sounding press release.

Whether a president can pardon himself has never been determined. Once he pardons himself, however, unknown consequences will follow. It will also be irrevocable, uncertain, and could be Trump’s real hell.

While the few words of the pardon power do not contain any limits, the Constitution has many clauses that must be read together. Every clause is related to and limited by some other part of the Constitution.

For example, Article I reads: “All legislative powers herein granted shall be vested in Congress.” Certainly today, legislative powers are delegated to a president that makes law through regulation, Executive Order, and now seemingly with tweets. Congress holds the power to declare war, yet it is the executive, without congressional declarations of war, that has taken us into several wars for the last seventy years.

While the role of the courts is to interpret the meaning of the Constitution as it applies to controversies, many times the Court has “discovered” massive federal powers in the Constitution that our founders did not write. The Supreme Court has bestowed the absolute power on the federal government to declare “sovereign immunity;” thereby exempting itself from lawsuits and associated damages for harm it causes. The Supreme Court upheld the constitutionality of the Affordable Care Act by magically finding it a tax—a characterization rejected by Congress. U.S. history is replete with judicially imposed constitutional changes from civil rights, to property rights, to abortion. Predicting what the Supreme Court will do with a pardon power case is unpredictable.

What is likely, however, is that the scope of presidential pardon power will be balanced against the president’s obligation to “take Care that the Laws be faithfully executed.” This faithful execution of law means the president, as the nation’s chief law enforcement officer, must enforce the law. He may not break the laws he enforces. Allowing a president to break the laws he enforces nullifies the “take care” clause of the Constitution. If a president can pardon himself, he nullifies one of the primary duties of his office.

Worse, however, if the president pardons himself for violations of law, the pardon itself may establish a continuing violation of law by obstructing justice, i.e. the interference with the orderly administration of law and justice. Granting himself a pardon would be viewed as a continuation of obstructing justice. Were such a pardon deemed to be “faithful execution of the law,” presidents would be “above all law.” They would be supreme rulers, exempt from the law.

It is likely, for similar reasoning, then-President Richard Nixon left to his successor Gerald Ford, the power to grant him a pardon in accordance with the law. President Trump faces the same existential dilemma as Nixon; if he leaves office without a pardon, he risks vengeful Democrats wanting to prosecute and imprison him for what could be the rest of his life.

This leaves a pardon to a president Biden. A person promising exactly what President Ford delivered—bringing unity to a divided nation. President-elect Biden has signaled he is a transition president, likely only to serve one term. Biden is perfectly positioned to make “This is the time to heal America” happen.  Pardoning Trump would be the overt action that tells 70 million Trump voters that it is time to heal a divided America.

The John F. Kennedy Library Foundation bestowed on President Ford its Profiles in Courage Award for his bold actions to bring the nation together. Will a President Biden have the courage to heal a divided nation or is his talk of “unity” just more talk?

Why Bitcoin Is Still A Good Investment